We want a Bangsa Malaysia regardless of race and religion to truly become a reality in both political rhetoric and practice.

As 2019 ended and 2020 began, it is with some trepidation and yet conviction that we would like to offer some humble ruminations about the state of our beloved nation.

Even as we move towards Malaysia Baru, our beloved nation continues to be beset by domestic political rumblings and discord that give the impression that our fragile social fabric will be soon torn apart.

The cycle of ethnoreligious recriminations and scapegoating and tit-for-tat toxic exchanges continue unabated.

Protests and rallies – even supposedly indoor ones – are met with counter-protests and counter-rallies.

And the cyberspace is littered with hate-filled comments of a racial and religious nature, mostly from one side, that would have been subject to criminal prosecution should a case have been opened for investigation.

So, where to start?

Perhaps a relevant issue would be the race-religious ideological hybrid or chimaera embodied by Muafakat Nasional.

Despite decades of what would amount to takfiri and the outright kafir-labelling by PAS against Umno, both have kissed up and are resolutely united under the respective leadership of Abdul Hadi Awang and Ahmad Zahid Hamidi against DAP in particular.

It is no small feat for the Chinese-dominated DAP to have played a pivotal part in the collapse of the ancient régime that BN was, especially the end of Umno’s hegemony.

The changing of the political milieu and landscape have indeed aroused the ire of the ultras and provoked some form of backlash from Umno and PAS.

Hence, the rise in the ethnoreligious motivated political temperature that was acute in the aftermath of Pakatan Harapan’s victory on May 8, 2018.

Indeed, it does not bode and augur well for the future of our beloved nation if politics continues to be divided along with factors or determinants of race and religion, at the risk of over-simplification for argument’s sake.

Whilst the reality and legacy (warisan sejarah) of the Malay-Muslim character of our beloved nation must be recognised and upheld – and are embedded in our constitution, everyone irrespective of race or religion are equal, politically and in the eyes of the law.

This concept of kepimpinan Melayu will also help to demolish the siege mentality that seems to have infected us of late.

A good example is when the Malays felt being besieged early into Harapan’s rule when a non-Malay was appointed as the Attorney-General or the Finance Minister.

Conversely, the siege mentality of the Chinese and non-Malays is highlighted with the Jawi and Islamisation controversies.

Apart from this, the concept of kepimpinan Melayu as we proposed above is also reassuring to the Malays for its symbolic connotation of Malaysia as the ancestral home of the Malays in the same manner that China and India are the ancestral homes of the Chinese and Indians respectively wherever they are.

This in no way should be construed as the non-Malays are to be treated as second class citizens or their loyalty is to the countries of their ancestral homes.

It is clear that Muafakat Nasional has a hard time coming to terms with this part of the reality – which is emerging in Malaysia Baru.

Let us also be clear that race-based or religion-based parties have a place and will continue to have a role to play in the New Malaysia.

Such parties like those two component members of Muafakat Nasional contribute to check-and-balance in our political system.

They ensure that the country’s path in nation-building do not stray too far from the broad confines or boundaries that are defined by the essentials or fundamentals of the constitution.

To give a real-world or existential example: Many Malaysians accept – either tacitly or openly – the LGBT community in our midst.

What the vast majority cannot accept is the legalisation of the lifestyle as well as of same-sex marriage – which are not only against the basic tenets of religion and morality but inimical to society.

In short, Umno and PAS, for instance, are still needed – to a certain extent and degree – to counter-balance forces on the other extreme end of the political and social spectrum.

To be precise, stakeholders who wish to dilute the non-negotiables of the faith of the constitution embodied in the Malay-Muslim character and identity of the nation such as the elevated status of Islam as the official religion of the Federation, the sovereignty of the Malay rulers, Malay as the sole and exclusive national language, and their logical consequences should be kept in check as much as the ultra-nationalists and religious bigots.

Whilst party and politics may be inter-changeable in the colloquial sense, strictly speaking, these are not identical or equivalent.

Even as race-based and religion-based parties should never be outlawed under our constitution or a Parliament Act, precisely there should be limits as to their conduct and behaviour – in how they carry out their struggle.

What is critical is that politicians should know their limits and boundaries.

PAS is known for their avowed opposition to non-Muslims being in positions of leadership of any kind. Here, PAS, as always fails to distinguish between ultimate and penultimate authority – with both the heads of state and government (even if unstated by the constitution) reserved for Malay-Muslims, the former by way of historical legacy and the latter by way demographical reality.

To be precise, whilst the head of the three-armed services should naturally be a Malay, why should not a non-Malay be the Inspector-General of Police or even the Chief Commissioner of the MACC?

What is the beef with a non-Muslim being the Finance Minister? Or Attorney-General? Or even Education Minister for that matter?

Given that the dynamic balance is not “rocket science” and does not require abstract or philosophical thinking, it merely requires us to stick to common sense rather than blind faith in ideology (political or religious) based on real-world experience.

Our personal hope and wish for the year 2020 are for the leaders of Umno and PAS to be down-to-earth, let go of any dystopian vision, and more sincere in wanting to represent all Malaysians.

We strongly believe that as individuals, Umno and PAS politicians are not the extremists that they portray themselves to be. We really do.

But it is no point harking back to the old, tired politics of race and religion.

It is very simple. Defence of race and religion should be what it is: A shield. To block or thwart attempts at undermining the sanctity and integrity of constitution and not subject non-Malays as second-class citizens.

Even if they see themselves as the repository of and voice for the expression of the anger and frustration of their constituency and base, do recognise there are constraints and balance to be had.

Thankfully all the Malaysian prime ministers have exemplified the constraints and balance and moved to be a leader for and of all Malaysians.

What we need is for the approach to percolate and permeate the whole of our politics.

That is our deepest wish and aspiration for 2020.

For a Bangsa Malaysia regardless of race and religion to truly become a reality in both political rhetoric and practice.

Jamari Mohtar and Jason Loh are part of the research team at EMIR Research, an independent think-tank focused on strategic policy recommendations based on rigorous research. 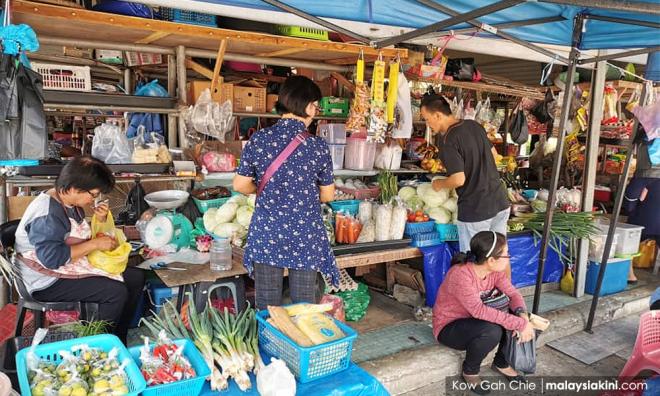 War of US decapitation and pin prick retaliation by Iran
Next