War for the fortunate son

Any spark that sets off open conflict may serve as a convenient excuse for other simmering disputes to boil over. 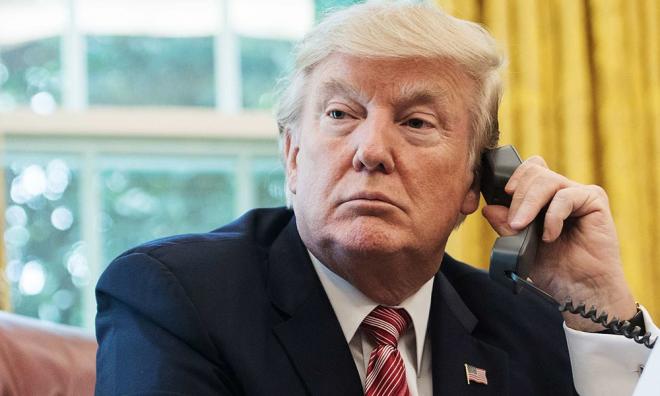 The bombs were raining down on the Al-Asad airbase in Iraq a few days ago evoking epochal memories across the ages.

TV reporters said it reminded them of the light show of March 20, 2003, in Baghdad. Political analysts opined it could begin another endless military adventure such as Afghanistan, and a likelihood of a regional contagion even suggested parallels with Archduke Ferdinand’s assassination in 1914 which triggered WWI.

For me, though, it brought back the popular anthems of the Vietnam era, in which the average Joe was called upon to suffer the hardships of an exotic war in foreign lands, while the rich elite cooled their heels in comfort back home.

As the catchy ditty goes: “I ain’t no senator’s son, no. I ain’t no fortunate one”.

However, that is exactly what Donald Trump is — a silver-spooned hustler whose bark is so loud and so incessant that no one ever hangs around long enough for the bite, which often enough never comes.

In his proven fashion, Trump acted impetuously in assassinating Iranian military commander Qassem Soleimani, following it with more bluster and hyperbole about the consequences of any response from Iran.

Trump’s strategy in doing so was highlighted in archival footage when he accused Obama of trying to start a war with Iran as a last-ditch desperate attempt to secure his second-term re-election in 2012.

The script fits perfectly with his current predicament, having just lost his impeachment vote in Congress last month.

Whether Trump wants a gloves-off war with Iran that would undoubtedly draw in other players across trench lines, or simply to rattle the cage loud enough so that it drowns out his misdemeanours back home, is still unclear. But I’ll explain why both scenarios are almost equally disastrous.

Starting with the latter, if this is meant to be pre-election posturing, then he is playing with fire, not to mention lives. When Trump sets the dial to “11” from every “1 to 10” list of options he is given, sooner or later he will blow the fuse.

So far, in his three years in office, this is the closest he has come to doing so, which is saying something given his multiple misadventures with Mexico Ukraine, North Korea, Nato, among others.

There is some evidence that Trump will back down and show some uncharacteristic restraint, as he did when he recalled the jets after Iran (allegedly) shot down a US drone.

In today’s case, Iran carefully telegraphed that it would make a one-off, “proportional” response to the killing of Soleimani, and then used discretion in targeting their attack on a section of the base that was devoid of American troops.

The Iranians underlined their action with explicit threats to use their proxies to target Israel and other US assets in the region to contain an American response, and America’s European Nato allies were also quick to reinforce this messaging by warning against any further military escalation from either side.

The other scenario is that the hard-right neoconservative camp in Trump’s party has finally got their hands on their long-sought prize of an all-out regime change war in Iran.

Amongst calls for restraint, there are identifiable yelps of delight from the likes of John Bolton, Lindsey Graham, and, of course, Fox News.

Israel’s PM Benjamin Netanyahu, himself the subject of criminal corruption charges at home, was the most vocal cheerleader for the actions that have brought us to the brink of war.

Even Saudi Arabia and the UAE have been roped in to support the US military agenda. However, will Russia and China be drawn into any regional near-East conflict?

Worse, any spark that sets off open conflict may serve as a convenient excuse for other simmering disputes to boil over, such as India and Pakistan, North and South Korea, China and Taiwan.

That sounds a lot more ominous than a pre-election ruse, so let’s hope — this time — Trump is only looking out for Trump.

War of US decapitation and pin prick retaliation by Iran
Previous

Food wasted by Malaysians can feed 2 million people
Next