Enabling small famers with 4IR tech at a national scale can help Malaysia solve a few crucial problems in the thick of a troika of challenges (pandemic, economy...

By Rais Hussin and Margarita Peredaryenko
0 46 0 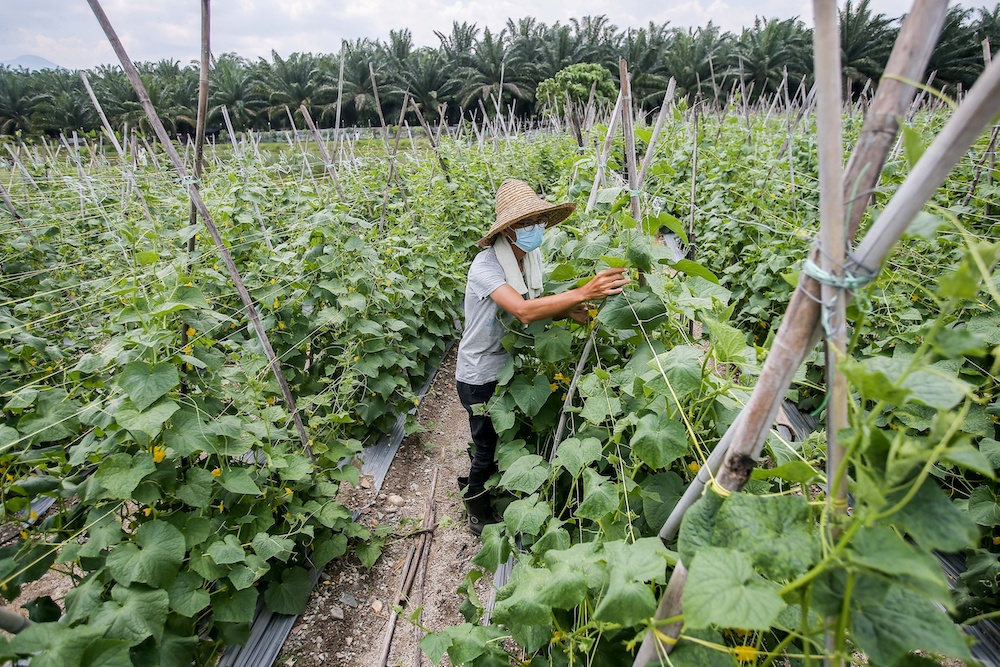 Published in Malay Mail & The Star, image by Malay Mail.

Empowering Malaysia small landholders to directly benefit from their land’s produce done right and at the national scale could be not only the way to ascertain national food security but also a way to address digital inclusion, income inequality and propel the country out of the middle-income and low GDP trap.

Rather than amalgamating smallholders into big estates, we need to do precisely the opposite — encourage, support and enable them to become independent agri-producers. For, if we absorb their pieces of land into bigger estates, we again promote wealth concentration in the hands of few. While empowering a large enough number of individual farmers to unlock the gem they have in their hands, we create wealth distribution and economic independence on a national scale.

Rather than forever remaining content with a small share of a fortune that can be made of their land with the proper usage of agri-tech (also known as agtech), smallholders can now rip the full benefit of it.

The belief that smallholder farming cannot be efficient is rather an old conventional way of thinking. The elegant 4IR tech solutions allow efficiency to be achieved at every level, at any scale, in any industry. Malaysia Digital Economy Corporation (MDEC) has a proven concept in the agri sector.

To test-validate the viability, scalability and knowledge transfer of technology use, such as the Internet of things (IoT), big data and artificial intelligence (AI), for the transformation of traditional farming into a high-skilled, digitally empowered, and data-driven one, MDEC under its eLadang program embarked on a Digital Agtech Pilot Projects (Satellite Farms) initiative. Satellite Farms deployment sites covered Selangor, Sarawak, Penang, Johor and Kedah.

The pilot deployment was highly successful in various agricultural activities such as smart fertigation, smart misting, smart aquaculture, smart poultry, smart irrigation, and smart soil monitoring. MDEC observed how agtech increased the productivity, quality and income of small farmers by over 20 per cent.

For example, in Selangor, MDEC has partnered with the Pertubuhan Peladang Kawasan (PPK) Kuala Langat to assist few smallholder chilli planters attached to it. As an outcome of the pilot digital agtech deployment, these small chilli planters saw their yields increased by 33 per cent and income by 22 per cent. Furthermore, the small farmers who participated in the pilot study became mentors in agtech adoption to many other farmers attached to PPK Kuala Langat.

This spectacular success need to be made known, studied, replicated and scaled up. A vibrant digital ecosystem, strong support from proactive stakeholders, practical policies, and an impactful framework is crucial to deliver impact at the national scale.

Seeing these high incomes due to tech infusion into agriculture may also entice youth to relook into this sector. Thus we may start seeing a reduction in youth unemployment and underemployment—the crucial issues to address in the thick of troika of challenges (pandemic, economy and politics).

Availability of financing is one area that can significantly slow down the agtech modernisation of smallholder farms. Banks conventionally used to shy away from investing in agri, and smallholders comprise the most overlooked segment due to their perceived high riskiness.

However, reluctant financiers need to understand that smart farming can be highly efficient and highly lucrative.

Agtech significantly changes the cash flow pattern of an agri-enterprise transforming it literally into a business with high operating leverage and well-controlled downside risk. Agtech involves relatively high upfront cost in the context of small farmers. However, it also significantly reduces variable costs and climate-related risks—conventional hurdles for the agriculture business. Other carefully design policies and logistic infrastructure can further reduce downside risks of small agri-techpreneurs.

For example, mentioned earlier, PKK Kuala Langat uses stock aggregators to guarantee trust between the bank and small farmers. The loan is given to individual farmers who then use the money to invest in modernising their enterprises. Once harvest is collected, it is brought to a stock aggregator who immediately pays farmers what they are entitled to less the interest to the bank. At the same time, the agri produce collected also plays the role of collateral.

To further build trust between financiers and small farmers, we can take some lessons from innovative fintechpreneurs such as InVenture and their Mkopo Rahisi app. This application disburses loans to small and micro enterprises based on its users’ financial profile, which the app itself builds.

The loan applicants need to install the app on their phones and grant access to various data points such as mobile phone transactions, geo-location, social media activity, web searches etc. Mkopo Rahisi app then uses AI algorithms to crunch more than 1,000 such data points — data never found in credit history documents. Still, the app can construct a much richer picture of an individual’s potential to repay the loan. According to its founder, Shivani Siroya, the loan repayment rate is 90 per cent.

For the farmers’ specific case, big data for agriculture (BDA) can provide additional data points to be analysed.

Innovative fintech solutions of this kind can give new hope to small farmers who may seem unpredictable on the surface but have great potential to repay.

However, government involvement is crucially important in deploying this kind of finnovations to prioritise the interests of small farmers and make sure they do not fell victims to private players who may charge poor farmers extremely high arbitrary rates on financing provided.

Focus on smallholder agri-business has yet another appeal to the government. A large number of farmers on the national scale enjoying higher incomes and collectively bringing their produce to the market would exert downward pressure on food prices, provided, of course, there is sufficient protection from foreign food suppliers.

Lower food prices would result in a lower food expenditure as a share of the overall household spending, thus leaving a larger portion of the national income available to be spent elsewhere. This shall undoubtedly stimulate the aggregate demand for other goods and services, fuelling national GDP.

According to an observation by Economist Intelligence Unit, which runs the Global Food Security Index (GFSI), food consumption as a share of household spending is one of the key drivers of food security. A lower percentage of household expenditure on food is also the common trend observed among the top-performing countries in GFSI. These nations also happen to be high-income nations.

From the above, a profound insight is that high-income status is both an essential predictor of the nation’s ability to put food on the table and, at the same time, is the outcome of the right food security strategy in the first place.

The top-performers on food security among our regional peers, such as Singapore, Japan, South Korea, and others, already scrupulously focus on smallholder farmers — encouraging them to embrace agri-tech, easing their financing, and enabling these small players to bring their produce to the national markets collectively. The same countries also gear their national policies towards food sovereignty by pushing for food self-sufficiency and protective tariffs. We Forgot Water In The Food Security Equation
Next