First, the fate of the Court Clusters in UMNO who are trying to wriggle out from their prospective long prison sentences are making the rule of law all... 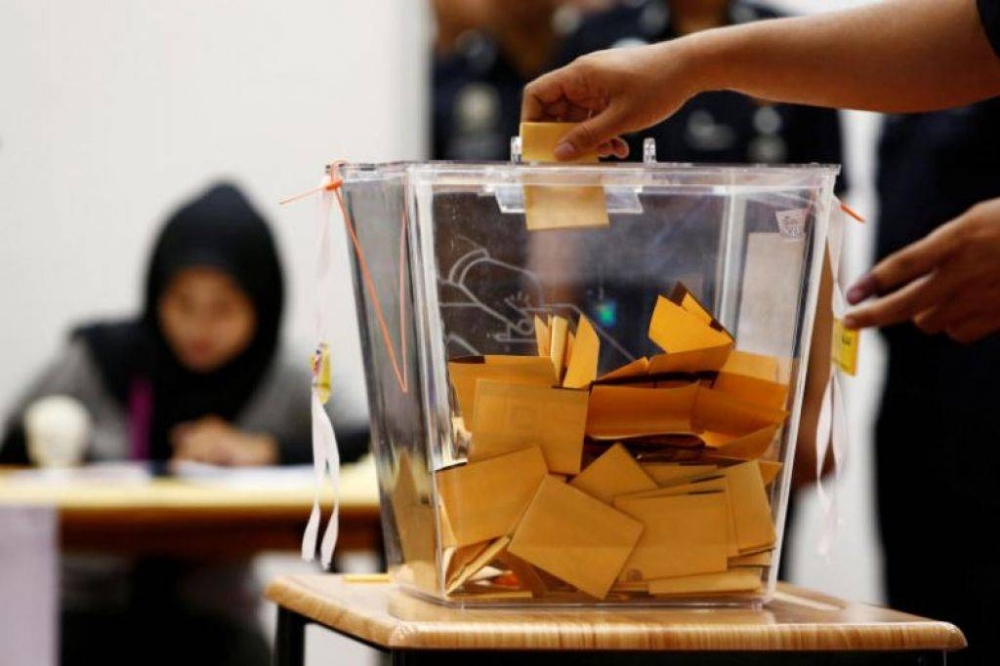 While His Majesty the King has given his consent to the dissolution of the parliament, as a nation that functions on Constitutional Monarchy, the impending General Election (GE) has already started with a thud.  While there is fiery rhetoric from UMNO and Barisan Nasional (BN), as His Majesty’s decision is after all what they had been pushing for,  His Majesty’s decision has been done so with utmost reluctance, potentially, repugnance. Why? And why is this beyond the slap of the wrist on UMNO and Barisan Nasional ?

First and foremost, many tend to forget that it is the responsibility of the incumbents, whether they are holding the position of the Prime Minister, for that matter, the Minister of Defence, to work with, not against His Majesty the King.

Yet, the reverse has happened. The Constitution of Malaysia clearly states the he is head of the Armed Forces. By this token, when His Majesty is concerned that a General Election in the midst of a Monsoon season, that had started on October 3, which will potentially, end only end first quarter 2023, suggests that UMNO and BN are bringing the Monarchy into a risky opprobrium.

That, His Majesty has agreed to the dissolution albeit with “disappointment” followed by a trip to London with his wife suggests another government that the Monarchy has had to distance itself. As and when things go haywire, as any floods would, the patience and support of His Majesty’s subjects all over the country would have gone thin. Very thin.

Politicians come and go by the Monarchy is part of the system of Constitutional Monarchy. Rather quaintly, it is the Monarchy that has to potentially absorb “the slings and arrows of misfortune”. A simple English expression says it all: That is a big ask for now, tomorrow and the future — with no certainty if UMNO and BN could even ensure that not one life or one state of His Majesty’s brother rulers can be sheltered, shielded and protected.

A Constitutional Monarchy operationalized in this form is nothing but an attempt to re-wire the DNA of the Malaysian Democracy, one that has never experienced a coup, even a peaceful transition of power on May 9 2018, before the Sheraton Move, has had everything unravelled. Why ?

First, the fate of the Court Clusters in UMNO who are trying to wriggle out from their prospective long prison sentences — like the ones already handed down to the former Prime Minister Najib Razak and his wife Rosmah Mansor, the former by the Federal Court, the latter by the High Court for now — are  making the rule of law all but a joke. The lives and view of the Monarchy don’t matter.

The politicians who stand accused of multiple criminal charges, some as many as forty on corruption alone, suggests the breach of any normal political behaviour: politicians should not be the hot magnet for local businessmen to approach them with such financial overtures. If anything, it is the foreign institutional investors, who unfamiliar with the rules of sinking their large investment, may request various meetings with the Minister of all hues and cry.

After all, money is the best coward. Even when Malaysia does avail itself of a strong return, every right thinking foreign businessman would still want outright reassurance from the start, that their businesses  would be above and beyond the squalor of palm greasing. Read: Corruption.

This is why the Sultan of Perak Raja Nazrin Shah, one of the rare few in the world, to have a PhD in Political Economy from Harvard University just warned that the level of corruption in Malaysia must be put on the stump. They must be stopped. Ideally, Malaysians must have zero tolerance for it. As it takes two to tango since corruption is basically a transaction between two or more parties.

Second, a General Election approved by not necessarily blessed by the Monarch has not only started the potential renewal of Malaysia on the wrong footing, this is a potential faux pas against all of which Malaysia has been blessed with by the Divine Providence. Instead of working together as one family, Prime Minister Ismail Sabri ‘s concept of “Keluarga Malaysia,” more precisely “Our Malaysian Family” is but an empty platitude to put the political interests of UMNO and BN ahead of even the weather that can indeed turn inclement.

For those Malaysians who have never experienced directly — although many have, especially between December 15-18 December 2021 when there was more than 2500MM of rain in Klang Valley, more than the total rainfall of the entire precipitation of 2020 alone — even the trinket few cannot but feel a deep contempt of how this decision to call for an election. Especially the monsoon floods in 2021 bring about more than 55 deaths, 500,000 internally displaced flood victims, resulting in a whopping loss of more then RM6.5 billion ! And if we were to follow the Department of Meteorological Malaysia, forecast and forewarning, the oncoming monsoon floods in 2022, will be lot harsher than 2021.

It is against the displeasure of the monarch. It is downright a challenge against the wrath of God. Monsoon Season is when all decks are on board to protect and save those who cannot wade through the water let alone climb to the rooftop. Instead UMNO and BN have demanded the impossible from the people: vote if you can, don’t if the water has started to ooze into your home, that of your neighbours, and worst of all the enfeebled and the weak, who surely would be literally frozen at the sight of the rising water.

Third, it is one thing to engage in grand larceny of the most massive proportion, where the corruption and criminal breach of trusts, all go beyond tens of billions of dollars, it is quite another to tell about 33 million people to lay their lives for them either by not exercising their democratic rights of suffrage at all or, God forbid to be caught in a flood midway, when the votes have been cast for Pakatan Harapan, but such people and their livedoid are swept away.

Even PAS, the “dark coalition partner” of UMNO has affirmed that the call for the dissolution of the “Parliament,” literally the people’s sacred chamber of keeping the country on even keel, seems “rushed .” This verdict while considerate has not come close to understanding the sheer panic and fear of the people when the water does rush into their homes, student hostels, public and private hospitals, indeed, even hotels’ very lobby.

Will there be foreigners about to watch this madcap endeavour. You bet. Clarissa Ward, a war correspondent who has been through many human catastrophe may well be here.

She was just in Pakistan last month where 1/3 of Pakistan was under water after eight weeks of non-stop rain. Inundating an area the size of the whole of United Kingdom (UK).

One can just hear her saying it now on CNN come that fateful: “This must be one of the most mind boggling human events that I have ever had to cover. For months the Department of Meteorology of Malaysia and the region have been warning of the worst precipitation this year. The emphasis on worst. Yet this beautiful country has had politicians who want to spring themselves from multiple charges of criminal breaches and corruption calling for a General Election. Having saw what I did in Pakistan, one would assume that Malaysian politicians do not take on the wrath of extreme weather head on. Yet, these politicians have done the exact reverse. They called for a General Election where a low turnout can potentially give them the mandate to bend the arch of law. Well, it is a good thing that the Coalition of Hope (Pakatan Harapan) is a strong opposition. The states that are under their control have refused to have the same state election concurrent with the Federal ones. Malaysia has politicians that are definitely questionable in their integrity to say the least. But I am standing on a dry patch, and feeling safe, as do all these people carrying their elderly parents and babies in their arms. They are the lucky feel who are the supporters of the Coalition of Home (Pakatan Harapan) led by Anwar Ibrahim who have refused the states under his control to face any dangers of being swallowed by the rising water whole. Malaysia is akin to a Paradise Lost.”

Clarissa Ward isn’t here but her mind had. The world will be watching Malaysia as another bizarre case of a country that has been captured by the vested interest yet it is also a country where time and again since 2008, the people under the leadership of Anwar Ibrahim, the leading Opposition Stalwart and his reformist team, will guide the country out of this Kafkaesque doldrum.

May Allah Save Malaysia.

Will no heads roll over the MySejahtera scandal?
Previous 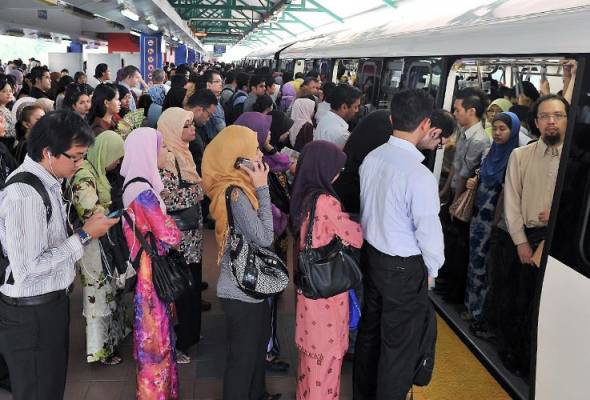 Enhancing rail transport services in the Klang Valley
Next