A replication of the Sabah state election in Melaka?

Voter turnout will be crucial in determining the outcome of the Melaka state election. 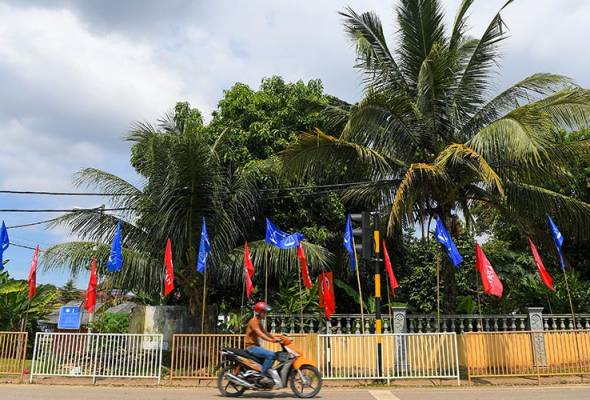 Over a year ago, we were treated to a spectacle of political intrigue that could well have been the culmination of the Sheraton Move when the Sabah state government fell dramatically with 13 Sabah state assemblypersons from Parti Warisan Sabah (Warisan) deciding to jump ship and throw their support behind former Sabah Chief Minister Tan Sri Musa Aman.

Slightly more than a year later, we now have the Melaka state election that was precipitated because the Melaka governor Tun Mohd Ali Rustam acquiesced to the advice of the caretaker government to dissolve the state assembly.

Despite there being no nine-cornered fights as is “customary” in Sabah state elections including the one last year, most Melaka state constituencies will still face three-cornered contests.

Out of the 28 state seats, the following is expected to have the respective multi-cornered contests:

A total of 112 candidates will contest in the Melaka state election.

There will be up to 22 independents throwing their hats into the ring as well.

For PH, PKR will field candidates in 11 seats, followed by nine from Parti Amanah Negara (Amanah) and eight from DAP.

In addition, all the three political coalitions are fielding new faces below the age of 40 – 12 from PN, 10 from PH and four from BN.

However, unlike in the previous Sabah state election, political parties and candidates for the upcoming state election in Melaka are not allowed to organise any election-related gatherings, including house-to-house visits, walkabouts and ceramah as part of the Election Commission (EC)’s standard operating procedures (SOP).

Only three campaigners in a single team are allowed to go from house-to-house distributing campaign pamphlets without face-to-face interactions.

Therefore, strict Covid-19 related (SOPs) leave political parties and candidates with little room to “manoeuvre”. They only could maximise the deployment of social media platforms like Facebook, Whatsapp, Twitter and Youtube to reach out to their voters.

BN and DAP volunteers drive trucks and lorries equipped with digital screens and loudspeakers around urban and rural Melaka to make campaign announcements.

Even though the EC allows candidates and campaigners to put up buntings and banners before kickstarting their official campaigns starting from last Monday (November 8), the desire for change that was palpable during the 14th General Election (GE14) had dissipated either due to fatigue or disillusionment.

Like many Sabahans, Melakans appear to be more concerned about bread-and-butter issues such as cost of living, employment and income over who will form the next state government.

As both Melaka and Sabah are highly dependent on the tourism industry to generate state revenue, the on-and-off inter-state travel ban and continuous closure of international borders for over two years have forced many businesses to shutter temporarily or permanently.

Such a phenomenon is reflected particularly in the city centre of Kota Kinabalu and the popular Jonker Street in Melaka. The shutters were down for most of the sea and land tour agencies, and some even displayed signs that the shop lots were available for rent.

The drastic fall of domestic tourists in both states between 2019 and 2020 has been accompanied by an increase in the absolute poverty rates of Melaka and Sabah of 2.2 and 5.8 percentage points in 2020, respectively, as shown in Table 1.

On the other hand, Bersatu won one-third (i.e., 2 out of 6) of the Melaka state seats when contesting under PH camp during GE14 in 2018. Despite Bersatu and UMNO fighting against each other in some state seats, Bersatu won more than half (i.e., 11 out of 19) during the Sabah state election in 2020.

If the UMNO-led BN coalition and Bersatu-led PN coalition plans to form the Melaka state government together after the election, both have to win at least 15 state seats.

As for PH, top performing DAP still has to rely on its coalition partners PKR and Amanah to win at least seven more seats in the Melaka state election.

Notwithstanding, at the end of the day, it depends on how the coalition blocs and independent candidates run their online campaigns.

The electoral participants will have to navigate through the landmine of hot issues and political fodder of the day such as the Melaka Waterfront Economic Zone (M-Wez). What is touted to be a gamechanger by the incumbent (i.e., Umno-BN) – that would transform the coastline and even skyline of state – is opposed by the fishing community for loss of catch and environmental issues due to the land reclamation works.

PN has pledged a thorough and comprehensive review of the mega-project should it come into power.

PH’s erstwhile Chief Minister Adly Zahari has also promised to do the same – by giving special attention to all and reclamation and sea embankment projects (as was done under his administration where the latter were halted).

Voter turnout will be crucial in determining the outcome of the Melaka state election.

For example, the tide could turn against PH if not enough outstation voters return to vote. Or if many urban voters shy away from the ballot box.

If the coalition blocs and independent candidates could motivate more voters coming out to vote through online campaigns, they could create history not only for the Melaka state election. Such a new way of organising and conducting elections during pandemic times also could be applied to the upcoming Sarawak state election and 15th General Election (GE15) in the future. Response on the was Pas leaders handled FMT reporter
Previous Social protection & security – a Welfare State in the making
Next