Covid-19's highly disruptive effect have strengthened the case for a more integrated ASEAN through the AEC. There is a need for regional integration to accelerate and deepen post-Covid-19, as embodied in the Asean Economic Community (AEC). The pandemic’s highly disruptive effect on global and regional economies has highlighted the case for a more integrated and cohesive Asean through AEC as the primary vehicle.

Asean is not a political let alone economic union like the European Union (EU). There is no need to aim that high, but aim we must towards fulfilling the vision of the AEC premised upon the free flow of goods and services, investment, capital, and skilled labour, revolving around one production base. The push for accelerating regional integration now couldn’t be stronger, with the goal of an economically inter-linked, multilaterally-dependent, highly converged Asean within the framework of the AEC by 2025, which is only five years away, as outlined in its blueprint.

Even if for argument’s sake externalities such as supply chain reconfiguration, reshoring, a shifting balance of economic power, evolving trends in consumer spending habits through digitalisation are not unprecedented, it is undeniable that Covid-19 is. It is a catalyst and impetus for economic transformation. And regional integration is one of the definitive routes by which Malaysia can transform and uplift its economy. In driving regional integration, we can enhance and boost the pooling of resources and tap into respective advantages and work to move forward together as one bloc.

In other words, instead of acting singularly as separate countries, it’s better to move forward and outward as a bloc of countries offering the rest of the world access to what is a “single market” comprising a population of some 600-plus million and growing. At the same time, each country would naturally, strategically and seamlessly serve as a gateway into the rest of the bloc – providing exporters and investors ease of access to a huge and growing market that is part of the wider Asia-Pacific geoeconomic centre towards which the shifting power balance is heading.

Put simply, what this means is that the unprecedented nature of Covid-19 should compel us to take a look closer to home where we might have taken things for granted and benignly neglected our neighbourhood, so to speak, in favour of the horizons beyond with the allurements of rich markets with strong purchasing power, backed by powerful currencies. But as it is, with a growing middle-class population and increasing purchasing power, other Asean member-countries such as Indonesia, Myanmar, the Philippines and Vietnam are playing catch up.

The growing markets within our own neighbourhood are, of course, a result of the growing economies in the region driven by foreign direct investment (FDI), industrialisation and moving up the value chain.

In adapting to the rapidly evolving dynamics of globalisation precipitated by Covid-19, regional integration is not meant to promote isolationism and protectionism. It is not intended to forge and foster a political union a la EU but is more akin to the European Economic Community as embodied by the single or common market founded upon the four fundamental freedoms, of movement, of people, of capital, and of labour and services, but without a separate “high authority” or (centralised) government as the EU has.

The idea of a common currency is not feasible for Asean. The EU’s experience shows that for a single currency to work, there must be more than just monetary union – there must also be a fiscal and banking union. The purpose of the AEC, however, is more modest though no less important: to advance the common interests of the region that will, at the same time, promote regional stability and peace and prosperity.

A more integrated Asean will be a stronger, long-term partner of other regional groupings such as the emerging Regional Comprehensive Economic Partnership, East Asian Community, and not least the Asia-Pacific Economic Community, to which Malaysia plays host this time around.

In addition, the specific advantages of enhanced and deeper regional integration in the form of the AEC are as follows:

> More than 99% of the products in the Common Effective Preferential Tariff inclusion list of Asean-6 – Brunei, Indonesia, Malaysia, the Philippines, Singapore and Thailand – have been brought down to the 0%-5% tariff range. The AEC would further allow member countries to take advantage of the lower costs by collaborating on joint production efforts to manufacture exports.

> Our common regional production base would also be complemented and supplemented by the advantages and benefits of further regional integration through increased capital and investment flows alongside the transfer and sharing of skills and expertise through the movement of labour.

> By extension, the AEC should also empower and spur member-countries to consolidate their economic interests into a stronger bargaining and negotiating power at the international table and fora such as the World Trade Organisation.

> In view of the supply chain reconfiguration and shifting trends in globalisation such as digitalisation, the AEC would allow Malaysia to diversify and intensify its regional base so we will not be overly reliant on our traditional export markets and production networks.

Regional integration in the form of the AEC presents a golden opportunity for us to come out of Covid-19 in a much more dynamic and resilient state, ready to embrace a brave new world. Post Covid-19 regional integration is the way to go – for it is only by first turning inwards to rediscover our inner strength and core that we can turn outwards again with renewed spirit, hope and optimism. 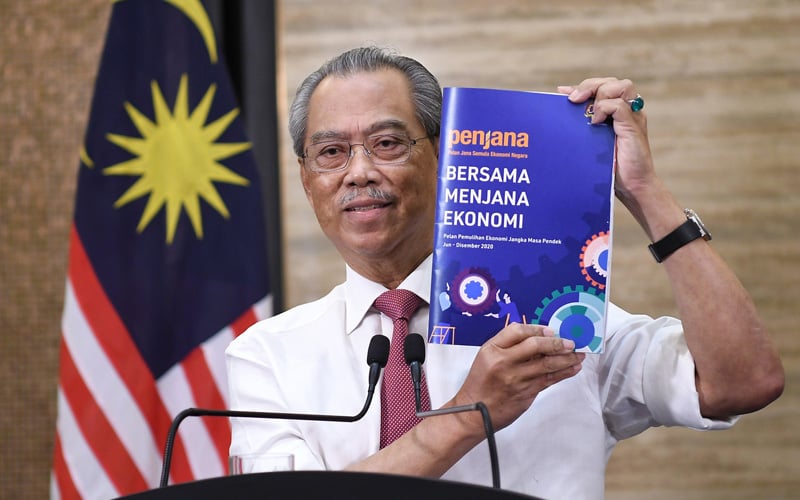 Putting the economy on a strong footing
Next