To completely address the problem of river pollution, it is necessary to amend the constitution and strengthen ground inspections. This incident caused water supply disruptions to 463 areas in Selangor and Putrajaya.

As of now, the police and other authorities, such as Air Selangor, Selangor Water Management Authority (Luas) and National Water Services Commission (Span), have called a factory owner in Dengkil to facilitate investigations into this case under Section 430 of the Penal Code (i.e., mischief by injury to works of irrigation or by wrongfully diverting water).

This is the third time Sungai Semenyih has been contaminated this year.

The first two river pollution incidents occurred within a week, on August 31 and September 3, respectively.

Last year, Rawang had a more severe river pollution than the above incidents due to the deliberately discharging hazardous materials and waste into ditches and then into the Sungai Gong.

River pollution and subsequent water cuts have not only happened in Selangor.

Sungai Kim Kim in Johor had the worst river pollution in recent times because of illegal chemical waste dumping.

This incident happened in 2019, affecting 6,000 people and hospitalising 2,775 (mainly were school students).

BOD refers to the amount of oxygen required to decompose organic matter in water. The greater the BOD, the more organic pollutants in the water and the more serious the pollution.

AN is a measure for toxic pollutants (i.e., ammonia). This harmful contaminant can cause indirect harm to the aquatic environment through eutrophication (i.e., a process that increases nutrient levels and promotes algae development).

SS are the solid substances suspended in water, including organic and inorganic substances that are insoluble in water, silt, clay and microorganisms. The greater the SS, the less dissolved oxygen in the water, thereby worsening the river water quality.

DOE stated that the root cause of high BOD could be attributed to inadequate treatment of sewage or effluents from agro-based and manufacturing industries. Animal farms and domestic sewage may be the main sources of AN, whereas poor earthworks and land clearing operations were the primary causes of SS.

The sources identified by these parameters indicate that the people and businesses in Selangor are exposed to relatively high risk of river pollution and its subsequent side effects (i.e., water cuts and physical discomfort) as there are many factories, agriculture and animal husbandry near the riverbanks and WTP in the state.

Therefore, EMIR Research would like to propose two radical strategies that are needed to address river pollution to federal and Selangor state governments:

i. Constitutional amendments to the respective federal-state jurisdiction and power

River and other natural resources, in fact, come under state matters. However, according to the Constitution of Malaysia 1957, responsibility for water services, including water treatment work, is borne by both federal and state governments (i.e., concurrent obligation).

Currently, there are five Acts cited by the federal and state judiciaries to investigate the river water pollution cases and against the polluters.

As for penalties, the maximum fine for water pollution offenders under the Environmental Quality Act of 1974 is RM500,000 or imprisonment for up to 5 years or both.

Besides, in pursuance of the Water Service Industry Act 2006, the most significant punishment for water contaminated offenders is a fine of up to RM500,000 or imprisonment for not more than 10 years or whipping or to all three.

Furthermore, the Selangor State Legislative Assembly passed the Selangor Waters Management Authority (Amendment) 2020 Bill to raise the fine to a minimum of RM200,000 and up to RM1 million, impose a mandatory jail sentence, and require polluters to pay cleaning costs to the Luas.

Meanwhile, the informants will be rewarded if they provide credible and reliable information about river pollution.

Nevertheless, the three river pollution incidents in Selangor this year show that the current legal penalties are insufficient to pre-empt or deter would-be polluters from discharging sewage/effluent during operations.

Other measures are needed to complement and supplement the pre-existing measures in order to bolster deterrence.

Now, federal and state legislations should consider adding a legal clause to all river pollution-related Acts, that is, that the authorities are also now statutorily mandated to pursue civil proceedings on behalf of affected or aggrieved persons (households or businesses) understood in specifically in terms of having to endure water cuts as a consequence so as to seek monetary compensation from the offender. The compensation can then be placed in a fund for eligible applicants. This would come either in parallel to or after the criminal prosecution of the polluters.

In addition, the federal and state governments should also have the statutory duty to provide legal aid or free legal services to households and businesses (i.e., the micros, small-and-medium sized enterprises or MSMEs) to sue the polluters.

The legal clause is expected to significantly increase the costs for polluters, thus further regulating their behaviour in discharging sewage/effluents.

That is to say, when monetary claims are pursued in civil proceedings also, polluters will think twice, so to speak, before ​​discharging pollutants into the river if the potential costs from the pollution are simply too “overwhelming”.

Therefore, when the legal penalties are made much more proportional to the environmental “crime” committed, the people and businesses in Selangor do not have to worry about the losses arising from the river pollution issue as the polluters will compulsorily pay them.

The Selangor government announced a total allocation of RM200 million in the state’s Budget 2021 for river pollution mitigation efforts, including enforcement of monitoring mechanism on the discharge of effluent, the restoration of Sungai Gong’s water quality, 24-hour surveillance in critical areas and the project of pumping raw water into WTP to prevent the operations from forcibly shutting down when the rivers are polluted.

“Considering that such a large sum of money had been allocated to protect the rivers from pollution, why is Selangor still the state with the highest number of water disruptions, at an average of twice a month?” he asked.

To effectively and efficiently address river pollution, the state government should consider establishing a database to collect chemical substances used by each industry and share the information among the related authorities.

Once river pollution happens, the authorities can directly search in the database to find out the potential polluters, thus narrowing the scope of the investigation.

This move is believed to speed up the process of finding the culprit(s).

Furthermore, River Watcher – an all-in-one automated water quality analyser – should be adopted along rivers in Selangor.

This system is significant and impactful because it successfully tackled the water pollution problem in South Korea.

The functions of River Watcher include measuring 14 water quality parameters (e.g., BOD, AN and SS), recording the real-time data periodically (e.g., every 5, 30 and 60 minutes) and activating an alarm when variation from quality parameters is detected.

Currently, River Watcher is tested in Sungai Galing, Pahang under a pilot project. In the meantime, the federal government should allocate funds to expand the functions of River Watcher.

The Selangor government should also allocate money towards implementing pilot projects to enhance activities of real-time and on the spot detection and analysis of odour, for instance.

Overall, the federal and state governments have the shared/concurrent obligations to address river pollution completely. 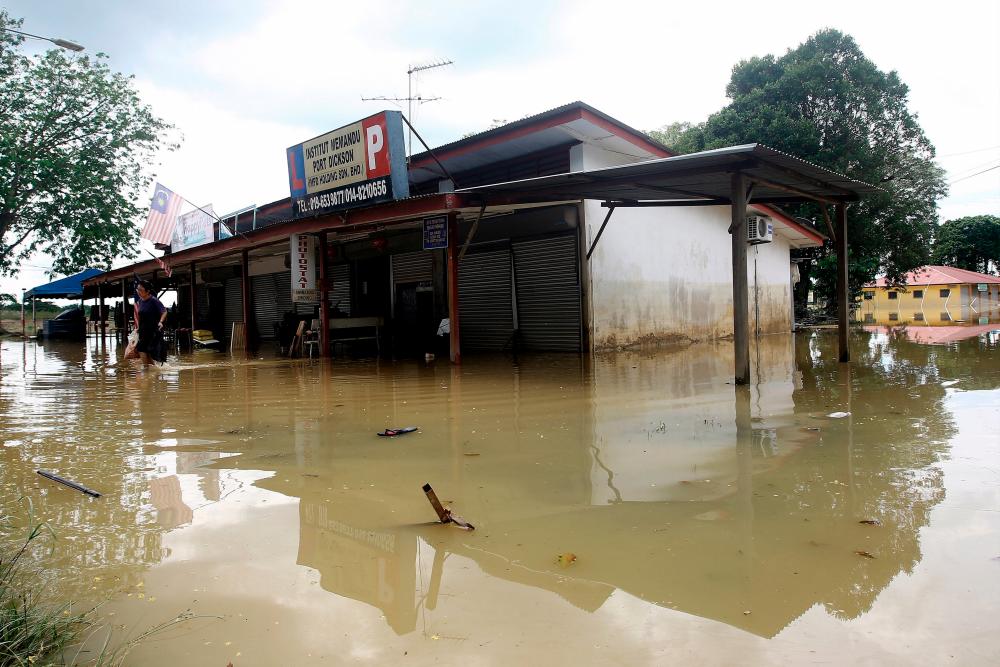