Anatomy of a rumour mill

False information can be very influential and persuasive to the extent that recipients will not believe in official statements from the government anymore. 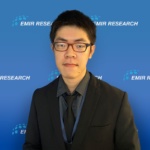 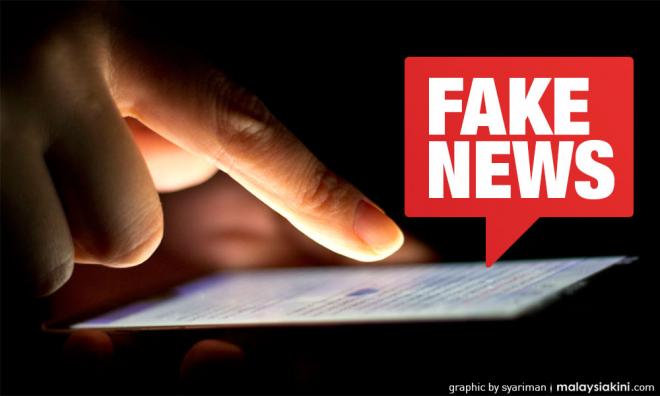 As the health authorities all over the world gear up for the containment of the novel coronavirus (2019-nCoV), each country’s rumour mill has been in overdrive which subvert the noble efforts of the authorities.

It is a wonder that even at a time of grave crisis like the current global spread of the 2019-nCoV, people are bent on spreading rumours that make their rounds in the social media, infecting everyone just like the infectious and lethal virus.

This begs the question of why some people are callous enough to compound the real problems brought about by the 2019-nCoV with this additional and unnecessary problem of managing the rumour mill.

As the Chinese New Year holiday ended in Malaysia, the death toll of the 2019-nCoV in China, where it all began, have surpassed 100, with over 1,200 new patients being diagnosed with the disease over a single night, raising the total number of infected individuals to 4,193.

In Malaysia, we have seven confirmed patients. The authorities have investigated over 30 suspected cases so far.

In tandem with the numbers of confirmed and suspected cases, there are dozens of rumours spreading across the internet, claiming that some states in Malaysia have their first patient. These widespread rumours caused health experts to come forward and debunk them.

Other than the false claims of infected persons, rumours and wrong information about the virus is also widespread as the information are from self-claimed experts.

They created the rumours mainly with the purpose of obtaining higher viewership for their website or social media sites so as to boost their popularity. Hence, their information is usually in the nature of an over-exaggeration of the situation or simply, outright lies.

These people do not think twice that their over-exaggeration and lies can have a very serious impact on society.

False information can be very influential and persuasive to the extent that recipients will not believe in official statements from the government anymore.

Worse, even after the government has debunked it, people can still be naive enough to believe in the false information by alleging that the government is hiding something from the public, and so the rumours live on.

Yet, we cannot blame the people in general for seeing and sharing rumours on the social media. People are easily driven by fear and if the information is related to one’s safety, they will believe it and in order to help others, they will share the information.

This is a vicious cycle where people are afraid of being infected, thus sharing information to warn others regardless of how factual the information is. Others seeing the information, think of the same thing, and sharing it again. And because of all the sharing of rumours, people believe that it is the truth as there are so many other people sharing it.

This is the reason why rumours can reach anywhere and everywhere within a short period of time, and that’s why people choose to dismiss the official statements. Sometimes media companies also rely heavily on the internet sources when there was a dearth of information from the government.

The time where we are starting to see the effort from the government to publish the information about 2019-nCoV was around the period when Wuhan was put in lockdown and the confirmation of the three patients in Malaysia.

Yet, the frequency of update by the government is simply too slow to keep up with all the information across the globe especially in the age of internet. The method where the information was made public is mostly via press conference and media interview which is slower.

Although the Ministry of Health has their own official social media account, it is far from enough to counteract the spreading of rumours.

In order to prevent further rumours from spreading, there is a need for the government to set up a dedicated website to include all the relevant and factual information for the public to fact check the information.

Other than the information about the virus, it should be updated every hour in order to keep up with the rest of the world. Although China’s official update of statistic is done daily but the information is not just about the statistics.

There are a lot of information about the virus that are very much needed for clarifying the misconception about the virus. For example, most people still believed that the 2019-nCoV is less dangerous than the Severe Acute Respiratory Syndrome (SARS) outbreak during 2002.

This is too premature to conclude. As it is, the rate of infection is faster than SARS even infecting those with no symptoms at all although the death rate arising from it is lower than SARS so far.

In order to clarify a lot of misconception and rumours, the website should translate any information released by China regarding the virus.

Although China have hidden the severity of the SARS epidemic before, they seem to have learnt the lesson and there is no reason to not cite their information since they have officially confirmed the outbreak.

For example, China has just released information about five million residents of Wuhan — nearly half of the city’s 11 million population — had left before the lockdown began as part of the emergency measures to try to contain the spread of the virus.

Thailand was the most popular foreign destination for people from Wuhan between December 30 and January 22, the day before the lockdown was enforced.

During that period more than 11,000 people flew from Wuhan to Bangkok’s Suvarnabhumi Airport and another 9,000 to the Thai capital’s Don Mueang International Airport.

Next was Singapore Changi Airport and Narita International Airport in Tokyo where 10,680 and 9,080 Wuhanis respectively arrived, while more than 7,000 flew to Hong Kong during the same period.

Another bit of information — domestically, the central Chinese provinces of Henan, Hunan and Anhui had received the most people from Wuhan since January 10.

The five top domestic destinations for Wuhan residents during that period were all in neighbouring Henan province: Xinyang, Nanyang, Zhumadian, Zhoukou and Shangqiu.

In Hubei — of which Wuhan is the capital — Xiaogan and Huanggang were the most popular.

These people should then be located and put into isolation while simultaneously, the process of contact tracing be made to identify those they come into contact with be made immediately.

With the rumours spreading faster than ever, we cannot afford having health experts to pause their work and debunk rumours every hour or so.

The people in general should realise the importance of being a responsible internet user via starting the fact checking of the information and refraining from disseminating information until they are fact-checked. Also, they should stop spreading rumours.

A Human Rights Act (HRA) for Malaysia?
Next