Given various uncertainties that’s ahead for the rakyat, the government has shown its commitment to preserve lives and livelihoods but improvements can still be made from time to...

By Margarita Peredaryenko and Sofea Azahar
0 102 0 In Perikatan Nasional’s (PN) Inaugural Budget which is also the largest budget in history with an allocation of RM322.5 billion (2020: RM314.7 billion) delivered in the midst of the unprecedented crisis, the government has taken into various considerations from the stakeholders which revolve around the elements of not only sympathy but also empathy to save lives and livelihoods by formulating it based on three main goals — rakyat’s well-being, business continuity and economic resilience.

The first part of the commentary will detail out Emir Research’s main proposals to the government prior to the Budget as well as our commentaries which are social-centric, followed by proposals and commentaries that are business-centric in the second part which will be released separately.

Initiatives to address unemployment and underemployment

As unemployment and underemployment have become more evident amongst the graduates particularly youths and this is supported by our FGD findings, we proposed for an extension of hiring and training incentives announced in Penjana, in order to correct the mismatch between supply and demand of talents.

Good to know that Emir Research’s proposal for hiring incentive (PenjanaKerjaya) has been enhanced and various more initiatives have been announced.

Firstly, workers earning at least RM1,500 a month will have incentives raised from RM800 a month to 40 per cent of their monthly salary up to RM4,000, additional incentive of 20 per cent equivalent to 20 per cent of worker’s monthly income is also provided to the employers to hire the disabled, long-term unemployed and retrenched workers, as well as increased subsidy for training costs from RM4,000 to RM7,000.

Starting next year, the government will also be launching Skim Penjanaan Pekerjaan (JanaKerja) worth RM3.7 billion which will provide 500,000 new employment opportunities through various upskilling and reskilling programmes.

An allocation of RM1 billion has also been provided for the upskilling and reskilling programmes in year 2021 involving various government agencies.

The introduction of Short-Term Employment Programme (MySTEP) in the public sector and the GLCs beginning January 2021 is also a positive move to provide employment opportunities albeit on contractual basis.

Lastly, specifically for youth who are part of the vulnerable groups, a higher incentive of RM1,000 will be given to the private employers for apprenticeships for the 50,000 new graduates.

Since the pandemic, evidence has shown that incomes of B40 households have been below pre-pandemic levels due to retrenchments, pay-cuts and difficulties in resuming businesses, and their social protection status have appeared worrying as many have low knowledge about it or affected by employers’ low concerns about welfare of the employees.

Emir Research had proposed the government to increase the quantum of cash assistance given to the households via BPN or Bantuan Sara Hidup (BSH), and realise the suggestion of increasing the Department of Social Welfare’s (JKM) monthly assistance for the vulnerable groups to RM1,000.

Government’s efforts to support the vulnerable groups through the budget are lauded as the coverage of cash transfers namely the newly announced Bantuan Prihatin Rakyat (BPR) ranging between RM350 and RM1,200 has been expanded to not only the B40 households but for some M40 households as well as the single individuals aged up to 21.

Perhaps, what needs to be done alongside these incentives is to monitor the sufficiency of welfare aid on annual basis to ensure they are in line with the rising living costs that need to be borne by the vulnerable households.

Due to rakyat’s concerns about their low savings and emergency funds amid the economic crisis that has yet to recover, many have requested for withdrawals from EPF Account 1.

Hence, Emir Research had proposed a temporary permission and capped according to age group — a staggered withdrawal over 6 months for members aged 40 and above with total withdrawal not exceeding 20 per cent of the total savings. For those aged below 40, a higher cap could be considered at 30 per cent of total savings.

In the Budget, it was delightful to see that the government tries to address rakyat’s financial anxiety by allowing those who have lost their jobs to withdraw RM500 a month with a total of up to RM6,000 for 12 months, beginning January 2021. This initiative would be alongside existing initiatives such as i-Lestari and reduction in monthly EPF contribution from 11 per cent to nine per cent.

Nonetheless, some proposals suggested by Emir Research were not fulfilled in the manner that is hoped for and require enhancements for the sake of rakyat’s well-being.

But instead of blanketed moratorium, banks decided to enhance the Targeted Loan Repayment Assistance in order to assist borrowers in the B40 group who are Bantuan Sara Hidup (BSH) or now known as BPR, and the micro entrepreneurs with loans up to RM150,000, as well as the M40 borrowers.

Given that many people are still suffering from the heavy blow caused by the pandemic and the continuation of movement restrictions particularly evident for the hardest-hit sectors such as tourism-related, manufacturing and retail sectors, financial fears remain.

In our findings through Focus Group Discussion (FGD) for the 3Q20, a consistent narrative was displayed about those in the B40 exhibiting signs of the most severe financial distress and the urban poor also require more assistance as revealed in our poll findings.

Fears kept on being expressed by the discussants that once the moratorium is lifted, it will lead to increased layoffs, hence, making it crucial for the blanketed moratorium to be realised.

Lastly, not much of assistance were announced for the unprivileged university students. Prior to the Budget day, Emir Research proposed to the government to extend the coverage of Bantuan Prihatin Nasional (BPN) or BSH to students during the movement control order (MCO), perhaps with a particular focus on the underprivileged households such as the B40 and part of the M40 groups.

However, only a small share of students in the B40 households are provided with monthly welfare assistance according to their age group — seven to 18 years old (from RM100 to RM150 each, up to RM450 per family).

Based on our FGD findings, students find it extremely difficult to sustain their living expenses due to rising cost of living, thus, leading to them having to take part-time jobs to survive while studying. Many of them are compelled to stay on campuses away from their families because they find it hard to commit to online learning due to poor Internet connectivity or non-conducive environment at home.

Therefore, a larger coverage of cash aids is needed to support the students who have to experience the unfortunate situations, perhaps covering up to the age of 21.

Dr. Margarita Peredaryenko and Nur Sofea Hasmira Azahar are part of the research team of EMIR Research, an independent think tank focused on strategic policy recommendations based on rigorous research. 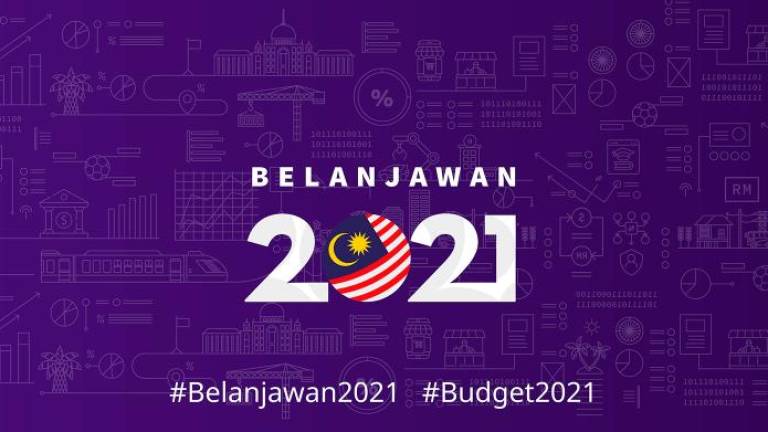 Budget 2021: Considerate, sufficiency yet to be seen
Previous