Combating a highly infectious virus as one people and one nation

One study has indicated that each infected person can spread the virus to more than eight people. 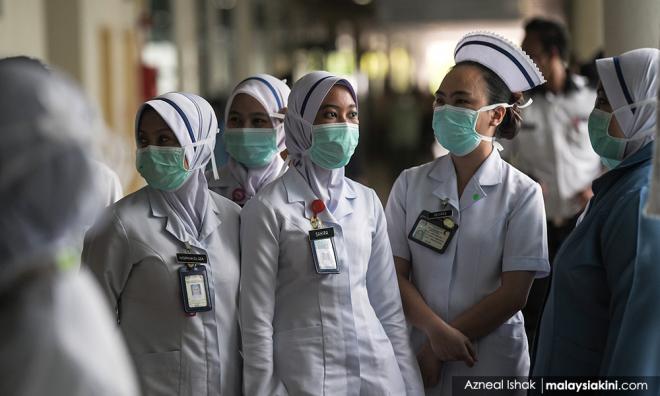 Combating a highly infectious virus such as Covid-19 requires the coming together of people as one nation determined to give their best in a concerted effort to curb the spread of and ultimately, exterminate the virus.

What this means is the time has come for politics to be left on the backburner, along with criticisms that were done for the sake of putting down the authorities, as the situation is indeed very critical because of the triple digits growth in the number of new cases for the past several days – which also seen the first two deaths – with total infections ballooning to 790 as of March 18.

Let’s put the issue of why Pakatan Harapan menteri besars and chief ministers were left out of a special meeting to coordinate enforcement of the movement control order (MCO) in all states behind us, together with the issue of the lack of thinking through in introducing some measures related to the order.

Instead, let us focus on the rationale on why the order was introduced in the first place.

To sum it up, the order was introduced to flatten the curve on the spread of Covid-19. Simply put, this means to reduce the spread of the virus by influencing its transmission rate to below one.

Transmission of the disease is measured using the effective reproduction number (otherwise known as R), which tells us how many other people a typical Covid-19 case will infect on average.

Thus, the larger the value of R, the easier the virus spreads through a population and the higher the number of infections. For seasonal flu, experts estimate one infection leads on average to 1.4 new infections.

For Covid-19, one infection leads to 2-3 others in the early stages of an outbreak and we were there at that early stage. Now, one study has estimated the latest reproduction number for Malaysia is 8.8.

This is very serious, and the government must be commended for introducing the MCO. The order, in a nutshell, consists of several social distancing measures aimed at reducing the number of contacts between people, each of which is an opportunity for passing on an infection.

And unlike the lockdown in Wuhan or Italy, the government is implementing the order with some form of mercy. People are still allowed to go out to buy food (but no dining-in, please), and travel within a state is also allowed (no balik kampung, please).

As individuals, we must all reduce the number of different people we come into contact with daily and be prepared to do so for a prolonged period, as long as the reproduction number is above one.

This is the most important thing to bear in mind. Let’s use common sense about this.

Will fretting about the absence of Pakatan’s MBs and CMs in the coordination meeting help in social distancing? Will criticising the police endlessly for making it a requirement for people who want to travel interstate collect forms at the police stations and seek their permission, which had caused the formation of crowds at police stations, help in social distancing? Obviously, all these do not help.

What is helpful is to convince those you know who have attended the tabligh event at Sri Petaling Mosque to report to the health authorities so that they can be quarantined or tested for Covid-19.

There were an estimated 14,500 Malaysians at the event and so far, only 8,776 of them had been identified. Where are the rest – some 5,724? They are time-bombs that might cause the reproductive number to move north if their identities are not known or identified.

As of March 15, out of those who had been identified, 7,633 had already undergone screening. This leaves 1,143 (8,776 minus 7,633) of those identified who were not screened. Again, what happened to them? Are they not screened because they did not report to the nearest health centres?

Meanwhile, out of those who had been screened, 3,439 had been tested. What happened to the remaining 4,194 (7,633 minus 3439)? Were they not tested because the hospitals and clinics were being overwhelmed by being inundated with screenings and testing?

Out of those tested, 338 were positives, 934 were negatives, while 2,273 had their results pending. The total of those admitted to hospitals were 526 while those under home surveillance were 5,652.

It is now clear and meaningful why under the MCO, all houses of worship are put on lockdown.

In the case of the tabligh cluster, those attending the religious event were definitely practising Muslims who prefer to perform the five obligatory daily prayers in a congregation at a mosque rather than at home, because the reward for doing so is 27 times more than doing them individually at home.

The point is, during a time of pandemic when mosques are not closed, these 5,724 missing in action tabligh participants – who are still not identified – will prefer to do the five daily prayers congregationally at mosques and the implication is clear – mosques will become one of the clusters for the spread of the Covid-19 virus.

With the closure of mosques under the MCO, these people will be at home and their identities will be known once they or their family members show symptoms.

So, the MCO is not about a simple case of just cancelling events and closing schools for a couple of weeks. It’s about keeping ourselves at home to prevent the spread of the virus, while the authorities continue to track those infected who remain unidentified or refuse to report to the health services.

In the meantime, if this order is not successful in bringing the reproduction number of Covid-19 to below one, the order could be extended as clearly explained by Prime Minister Muhyiddin Yassin in his address to the nation last night.

In fact, I would expect more severe measures will be necessary to bring infections to low enough levels to keep the pressure off the healthcare system in the long run.

In this regard, it is urgent and necessary that all must come together as one people and one nation to combat this virus. All must cooperate. All must complement each other.

The effects of crime on Malaysians
Previous