Such activities and spending to be coordinated and streamlined through a new ministry for climate change and green technology. 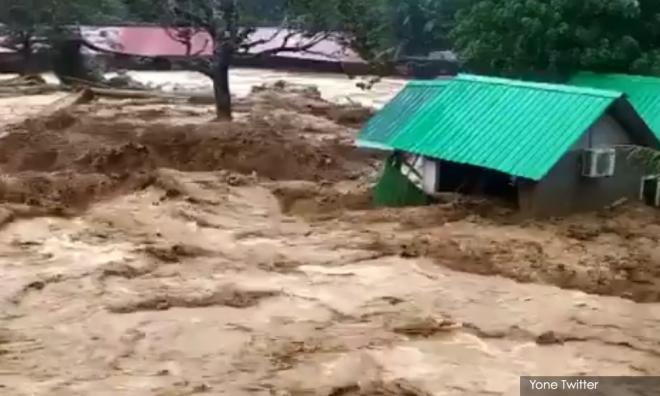 The new administration of Prime Minister Ismail Sabri Yaakob should seriously consider setting up a ministry for climate change and green technology to manage the serious impact of extreme weather events on the country and to generate revenue for the economy.

We have seen the impact of extreme weather events brought about by global warming which have been occurring with rapid frequency in some parts of the world from devastating floods in China, India, Turkey and Austria to the raging forest fires in Turkey, Greece, Italy and the US, all occurring at about the same time.

In Malaysia, we have seen the impact of extreme weather events with the recent flood in Kedah. The weather station at Gunung Jerai in Kedah recorded 219 mm of rain in the 24 hours to August 18. Disaster officials said as much as 90mm of rain fell in just one hour.

It was reported that 24 people who are Covid-19 positive and undergoing quarantine at home had been relocated to two low-risk Covid-19 quarantine and treatment centres due to the floods.

And this tragic flood occurred two days after Emir Research wrote an article on whether extreme weather events occurring in several parts of the world is a harbinger of a worst flood in Malaysia during the end of the year wet monsoon season, and called for preventative actions to commence immediately.

Kedah Mentri Besar Muhammad Sanusi Md Nor said the Yan and Kuala Muda districts had been declared Level One disaster areas based on the instructions of the National Security Council due to the seriousness of the floods.

He said the aid included a RM50 million allocation from the environment and water ministry which would be used to upgrade the river and irrigation system covering a distance of 27km at a cost of RM5 million.

These expenditures will go a long way to stimulate the economy of Kedah, generating small scale employment and increasing purchasing power, especially with the application of green technology.

Imagine if such spending also goes to flood-prone states like Kelantan, Terengganu and Sabah for building and improving infrastructures in a preventative measure to manage the impact of a worst flood at the end of the year, the cumulative effect of the spending plus its multiplier effect will stimulate the economy further.

In Kelantan for instance, the cause of the yearly end-of-the year flood is the Kelantan River overspilling its banks, causing destructive flood in nearby low-lying areas past seven important towns, from south to north which the Kelantan River passes – Kuala Krai, Tanah Merah, Machang, Pasir Mas, Tumpat, the state capital Kota Bharu, as well as Pengkalan Chepa, which lies near the mouth of the river.

With a flood mitigation plan of deepening the Kelantan River using dredges and other suitable equipment will ensure the smooth and efficient flow of the water in Kelantan River, and the removal of sediments will prevent the spread of contaminants to other areas of the water body.

Some parts of the river which meander and prevent a smooth and efficient flow should be straightened. The small islands and sand banks which dotted the river should be removed.

In addition to the deepening of the Kelantan River which will enable it to hold more water to prevent flood, the river banks could also be raised to a level such that water during the monsoon or flood season would be contained and not overflow its banks. Or better still a dam, one each on both sides of the river can be built for this purpose.

But unlike a traditional dam that is often used for a dual purpose of flood control and to generate hydroelectric power with its concomitant displacement of people and inundating large areas of forest and farm lands that have to be flooded, not to mention the negative impacts on the environment, these two dams would be created after the deepening of the Kelantan River just for the purpose of containing the river from overspilling to its banks.

Since it is new lands, we are talking about, there is no displacement of Orang Asli or the environmental impact on flora and fauna. On top of this, there would still be power generation – this time renewable energy through the solar farm project.

This flood mitigation project alone will create thousands of employment opportunities, as the river flows past seven important towns of Kelantan as mentioned earlier.

This modus operandi can be replicated in the other states via infrastructure spending on building a new drainage system or improving existing ones including rivers and deltas, and where possible the use of green technology is applied, hence the need for such activities and spending to be coordinated and streamlined through a new ministry for climate change and green technology.

Moreover, the economic benefit is immense as according to the International Energy Agency, investing USD 1 trillion annually in green technology could add 1.1 percentage points to global economic growth and create new jobs besides reducing greenhouse gases emissions by 15 percent over time.

And to underscore the importance of setting up the new ministry, the logjam that is currently clogging up Sarawak’s Rajang River has caused water treatment plants along affected areas to be unable to operate as normal due to high pollutants in the water.

The Sibu water board has announced that all the water treatment plants in Sibu have ceased to operate at the moment, and the clean water supply to the whole of Sibu will be affected. This incident shows the worst consequence of unabated logging and burning which is one cause of global warming.

One way to manage this problem is for the government to announce a moratorium on logging and allows it only when a particular logging company has met 80% of an obligatory reforestation to be decided by the government. Moving forward with pandemic management
Next