While there is no official definition of community farming, the term could encompass the practice of farmers turning from the sand into living soil for agricultural production. Food security has become a focal point of discussion among Malaysians as they start to feel the pain of spending more money purchasing the same amount of food items. However, as there is no proper land and spatial planning from the previous and current administrations for food production, this resulted in the focus on commercial (including residential) and industrial uses.

The United Nations Food and Agriculture Organisation (FAO) defines arable land as the land currently used or potentially capable of being used to grow seasonal crops.

EMIR Research has highlighted how little the state governments have done to allocate land for food production in “Malaysia entering a serious food security ‘conundrum’”, The Malaysian Reserve (May 21, 2022).

Although Malaysia has introduced numerous initiatives such as the Urban Community Farming Policy (UCFP) and National Agrofood Policy (2021-2030) to encourage local food production over these two years, several barriers have prevented smallholder farmers from involving in community farming.

While there is no official definition of community farming, the term could encompass the practice of farmers looking into the fundamentals by adding organic contents to the sand. The sand will turn into living soil for agricultural production.

A yogi, mystic and visionary known as Sadhguru who has led the Save Soil movement for 24 years said that the minimum organic content should be between 3% to 6% for the normal agricultural soil.

But, as it is, many smallholder farmers still face constraints on the land issue. They are only eligible to obtain a Temporary Occupation License (TOL) – a form of land license that has to be renewed annually. If the government or developers want to reclaim the land in the following year, the farmers have no choice but to return the land.

As such, many farmers are not motivated to invest more money and other resources (i.e., technology and manpower) into their farms. At the same time, they also could not purchase additional land (if it belongs to the federal or state government) to expand their farming sites inherited from their families.

In addition, the Department of Agriculture (DOA) and other related government agencies do not provide sufficient training opportunities to farmers who wish to improve their skillsets and master technological applications that would boost their crop productivity. As a result, some farmers find it challenging to produce high-quality food crops due to limited technical knowledge in carrying out agricultural activities.

Aside from the Malaysian Good Agricultural Practices (MyGAP) certification requirement, farmers who want to practice organic farming have to apply the Malaysian Organic Certification Scheme (MyOrganic), ensuring the agricultural products are free from chemicals and pesticides besides being safe to eat.

Such a measure indirectly places additional hassles to local farmers who aspire to produce more food crops for the benefit of the nation. The Malaysian Agricultural Research and Development Institute (MARDI) indicated through its journal article publication titled, “Organic Agriculture in Malaysia” in 2016 that farmers have to practice organic farming for two years before the farm can be awarded with the MyOrganic certificate.

In the first two years, farmers cannot apply “organic” labels for their end products. They have to sell at standard market price, similar to the products that adopt the conventional farming methods.

Moreover, the validity of the MyOrganic certificate only lasts for one year. The renewal of the certification has to be completed within six months before the expiry date, according to the official portal of the DOA.

Furthermore, the government do not provide adequate financial support ranging from soil conservation to production cost, labour cost, packing and storage facilities. The ongoing Russia-Ukraine conflict which has contributed to the rising cost of feeding ingredients and the new minimum wage increment of RM300 per month per employee would eventually lead farmers having to charge retailers/consumers higher selling price to break even.

The increased frequency of extreme weather events also would discourage farmers from expanding their existing farming operations. The unusual rainfall in December last year (more than 2500 mm of rain, equivalent to the annual rain fall of 2020) has eventually resulted in severe flooding in eight Malaysian states. Around 5,000 livestock breeders and farmers were affected, causing nearly RM67.72 million in losses to the agro-food sector.

Hence, to promote interest in community farming among Malaysians, the current administration needs to resolve the overdue land issues, a lack of upskilling opportunities and financial incentives, aside from the complication of applying MyOrganic certificate among farmers.

Once the welfare of farmers is taken care of, the government can then look into ways to motivate the citizens to be involved in community farming through education programmes and awareness campaigns.

Following are some of the policy recommendations from EMIR Research for the Ministry of Agriculture and Food Industries (MAFI), as the lead ministry, to look into:

1. Modify Taiwan’s “Land-to-the-Tiller” programme to limit land ownership in Malaysia. At the very least, the farmlands will not be purely dominated by a small number of wealthy individuals or companies. When the government could buy back the surplus land by compensating big landowners who owned large parcels of land, smallholder farmers would have a higher chance obtaining the government-owned land.

To ensure affordability, the government also could determine the rent ceiling for the allotted land. Thus, landless farmers and smallholder farmers could rent secured land at a lower price for farming purposes.

In addition, the government could promote permanent land rental contracts for smallholder farmers. When land security among farmers is guaranteed, they could start adopting advanced technology applications and sustainable farming techniques which generally require a large sum of money in the early implementation phase.

2. Organise seminars and fairs for farmers to understand and apply the concepts, benefits, associated risks and methods of adopting community farming.

They could initiate a series of seminars at least twice a month among farmers.

Some topics including on how to self-produce fertilisers free from chemicals and pesticides and how to turn available items (i.e., recycle plantation pots, kitchen waste composts, etc.) from the surrounding environment into agricultural tools, for instance, could be the potential themes of discussion.

MAFI could host the national agricultural fairs and seminars at least once a year, giving farmers the opportunity to connect with relevant stakeholders from the private sector, government and education institutions etc.

3. Identify more hotspots that are not vulnerable to disasters in every Malaysian state (including the Federal Territories – Kuala Lumpur, Labuan and Putrajaya) to establish more Permanent Food Production Parks (TKPM) in both the urban and rural areas.

Nonetheless, the government need to have a proper food production ecosystem in place – processing, warehouse storage, post-harvest handling, distribution and marketing – to ensure the freshness of agricultural products.

MARDI could lead the initiative whereby the farmers have the opportunity to brainstorm for marketing and financial strategies – to promote and popularise community farming.

Tax incentives and grants (e.g., matching ringgit for ringgit) can provide farmers the opportunity to improve soil health and condition through modern technologies applications like the Internet of Things (IoT), Big Data and artificial intelligence (AI), aside from pest management and water management.

After the commencement of the incubation programme, MARDI could assist farmers in establishing strategic collaborations with relevant government agencies, the private sector and NGOs to market their agricultural products. In the long term, this initiative would increase the food supply in the country and indirectly contribute to the long-term price stability of food items.

To conclude, community farming would be the ideal way of promoting climate resilient soil regeneration and sustainable livelihoods among Malaysians. With vegetable gardens and fruit trees within a 5km radius of an urban or rural environment, people could relax their minds by walking or jogging around the community farm. Smallholder farmers also would have the ability to earn higher income once they gain the necessary knowledge and skills to plant nutritious food crops.

In due course, the current administration has to demonstrate a strong political will in stimulating community farming culture in Malaysia. It would enable Malaysia to gradually reduce their reliance on other countries for food imports, enhancing the quality of life of the people. 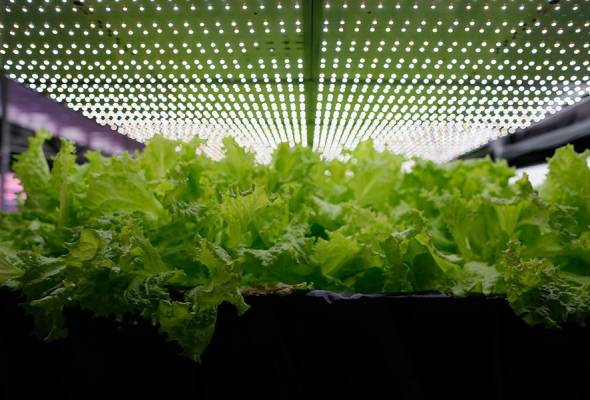 The domino effect of the OPR hike
Next