Did Israel really win the war?

It is indeed strange for prime minister Benjamin Netanyahu to claim a military success after a ceasefire was announced, when on the eve of the war he had... 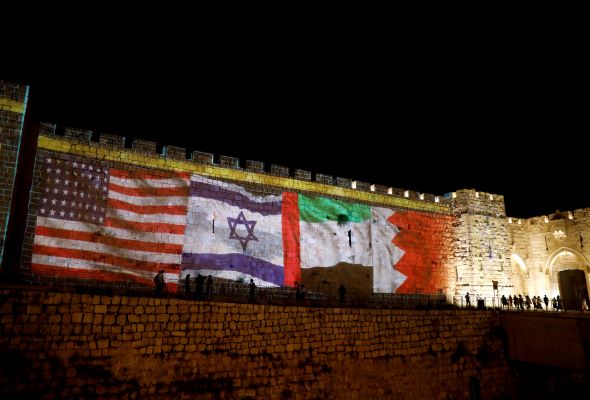 DID Israel achieve its military objective in the latest conflagration in the Middle East that has ended with a ceasefire after 11 days of war, not with Hamas per se, but the whole Palestinian people?

But really, what was Israel’s military objective in the first place in this latest offensive?

Each time the Zionist state went to war with the people of Palestine, the military objective was aimed at degrading Hamas’ military capabilities and destroying enough of the group’s weaponry to secure extra few years of what some Israelis describe as “quiet.”

But by the end of each Zionist offensive, the Israeli Defence Force (IDF) could see that Hamas has rebuilt its capabilities again in the midst of each war, and had to agree to a ceasefire, leaving many Israelis with a sense of anger and disappointment at failing to achieve the desired quiet, which actually turned into a disquiet of several years before the cycles of war and disquiet are repeated.

So, it is indeed strange for Israeli prime minister Benjamin Netanyahu to claim a military success after a ceasefire was announced, when on the eve of the war he had vowed this time round, it would be different.

But it wasn’t any different from the outcome of previous offensives. And isn’t doing the same thing over and again, and expecting a different outcome is precisely the definition of insanity!

And this is actually not a war in the conventional sense. An American linguist, philosopher, cognitive scientist, historian, social critic as well as political activist, Avram Noam Chomsky, puts it succinctly:

“Israel uses sophisticated attack jets and naval vessels to bomb densely-crowded refugee camps, schools, apartment blocks, mosques, and slums to attack a population that has no air force, no air defence, no navy, no heavy weapons, no artillery units, no mechanized armour, no command in control, no army and calls it a war. It is not a war, it is murder!”

Now even if we want to consider this as a war, it is then a war between the most powerful army in the region against an entity which is defenceless, and yet, even now, the top echelons of the Israeli military acknowledge that their efforts may not prevent another round of fighting, perhaps even in the near future.

So, what is the point of having countless wars started by Israel when each time the gain in war was just some years of disquiet for both sides before the situation flares up again and again.

What’s more, according to reports Israeli pilots were so frustrated at the frequent shelling of rockets by Hamas which the Israeli military had said had been degraded in previous wars, that they decided to bomb civilian targets in retaliation. This is inimical to attaining the “quiet” desired by both sides and is definitely a cause for concern as it constitutes an act of war crime.

When you are only able to liquidate about two dozen or so Hamas’ fighters, and in doing so you also killed more than 200 civilians, what kind of military victory is this, especially a military that is considered one of the best in the world?

When an Israeli missile smashed through a residential building in Gaza on May 14, killing several young children from the Hadidi family, Israel justified the attack by saying that it had been aimed at a senior militant who lived in the same block.

According to the New York Times, one senior Israeli officer is reported to have said Hamas systematically hides its commanders and rocket sites within residential areas, and hence, “there is no target that is separated from the people. Every target is among the people”.

“Are they saying that every private house of every Israeli company commander and above is a legitimate target?” Shaul added. “That’s insane.”

But it seems in Israel, only ex-soldiers have a conscience. Although it is good to hear such statements such as the one made by Shaul, one however wonders why this realisation did not come to them while they were serving on active duty. Are all serving Israeli soldiers, automatons with no conscience?

These ex-soldiers with a conscience should do more to direct their campaign to educate or imbibe a conscience on active-duty soldiers to protect civilians, doesn’t matter whether it is Israeli or Palestinian civilians.

The real victors in every conflict when the situation flares up are the Hamas fighters who gain further legitimacy among the Palestinians as their true protectors against the onslaught of Israel’s atrocities not only in the aerial bombardment of Gaza but also in the forced eviction of Palestinians from their homes and the desecration of their Holy Mosque which is holy and sacred too to all Muslims the world over.

This madness has to be stopped by both sides in order to achieve real and eternal quiet desired by both sides. For a start, both sides must give serious consideration and not just lip service to the reconstruction of Gaza and the West Bank where even basic facilities like hospitals and power stations were bombed by Israel.

Many countries including the US have given the commitment to give funds worth US$100 million which is the cost for the reconstruction. The United Nation should send in a multi-national peace keeping force there to ensure the reconstruction is not sabotaged by any party.

It would be good to include a brigade of ex Israeli soldiers with a conscience in this multi-national peace keeping force to also monitor the situation.

Once the dust has settled, both parties should revive the two-state solution agreed on at the 1993 Oslo Accords, a peace process aimed at achieving a peace treaty between Israel and the Palestinian Authority based on UN Security Council Resolutions 242 and 338 aimed at fulfilling the “right of the Palestinian people to self-determination.”

But above all, the prerequisite for this two-state solution must be preceded with a change in mindset of the Israelis with regard to three set of values, as highlighted by Gideon Levy, a columnist with Haaretz, a Jewish English daily, and these are:

• There was never in the history of an occupation where the occupier presents themselves as not only the victim, but the only victim around. This enables any Israeli to live in peace because they see themselves as the victims supported militarily and financially by the US; and

• The most dangerous set of value – the systematic dehumanization of the Palestinians which enable Israelis to live in peace with everything because if they are not human being like the Israelis, then this is not really a question of human rights.

Levy added the three set of values are not good for Israel because of their very corrupting effect which makes Israelis especially their government disconnected from the brutal reality they are in.

“As long as the US enables Israel to continue believing in these set of values, why would Israel go for a change… what incentive, why would they bother,” he said, stressing the importance of US influence over Israel.

Finally, a positive development and an unprecedented one at that coming from the US to protect the massive loss of civilian lives was when Senator Bernie Sanders introduced a resolution that would block the sale of a US$735m (RM3,047m) package of weapons to Israel. He argued that the US should not consider providing weapons to a nation that has carried out airstrikes against civilians.

A similar resolution was also introduced in the House of Representatives by a group of lawmakers that included Representatives Rashida Tlaib and Alexandria Ocasio-Cortez.