The authorities must have the political will to stamp out extremism that purportedly represents but in reality, tarnishes the image and sanctity of Islam. 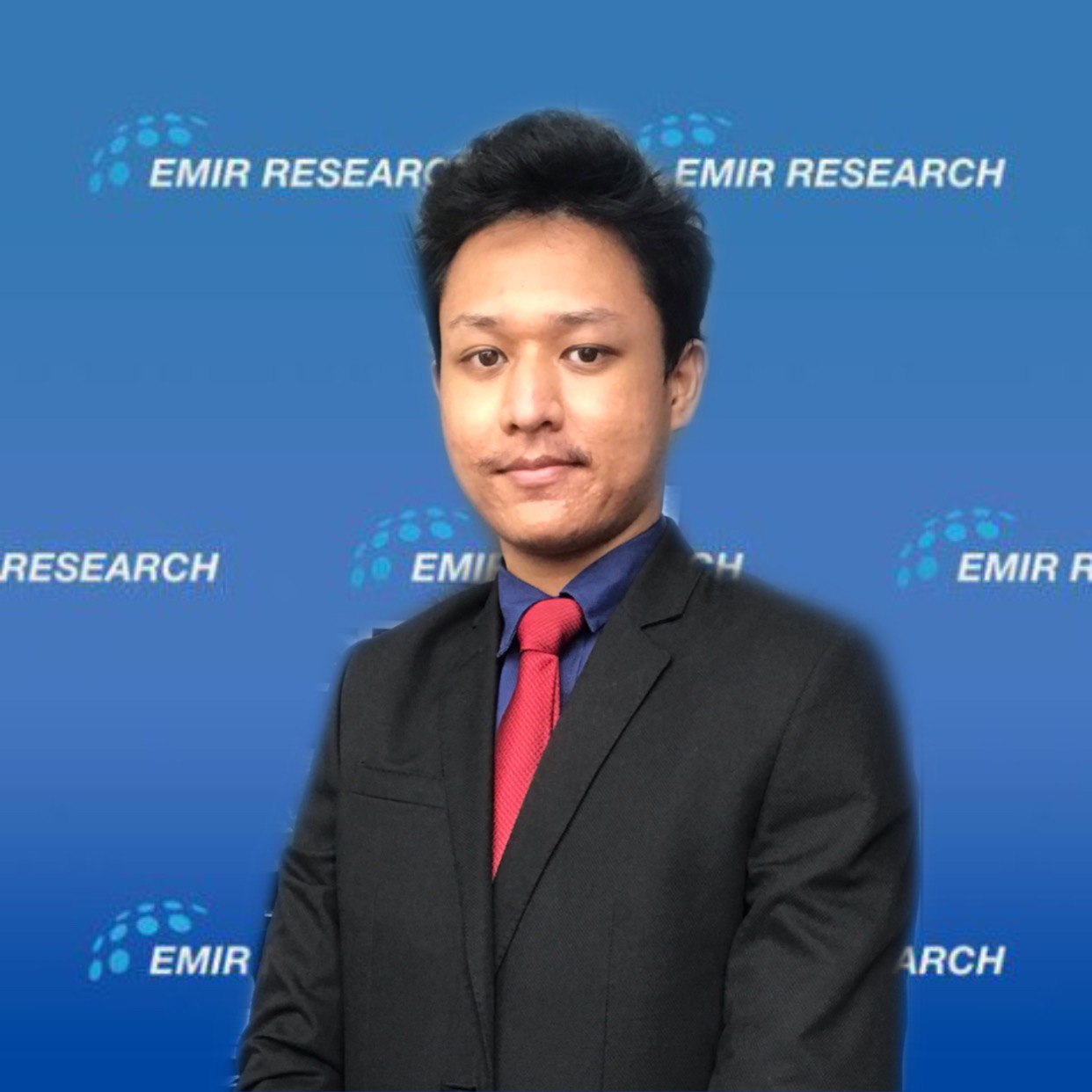 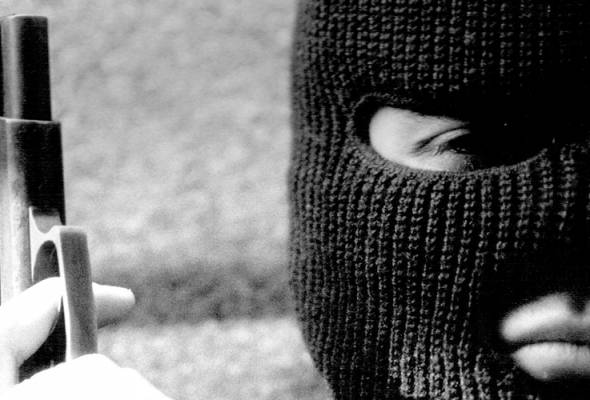 Our overall national security is constantly being threatened and subverted by the existence of non-traditional security challenges and factors posed by extremist groups (violent/militant and non-violent/non-militant and mainly or principally functioning as non-state actors), which transcends ethno-cultural (e.g., lingual) divide and geographical boundaries – and hence their global(ist) orientation and outlook, at least hypothetically.

Malaysia, it’s to be reminded, was a “haven” for Al-Qaeda operatives to plan the 9/11 attacks (see e.g., Militant Islam in Southeast Asia: Crucible of Terror by Zachary Abuza, 2003).

Notwithstanding, over the years, the country has experienced only limited mayhem and carnage emanating from home-grown terrorism especially as famously embodied by the Emergency (1948-1960) in the form of the Communist Party of Malaya or CPM – which could well be regarded as a non-state actor with “quasi”-support from the then Chinese Communist Party (CCP).

But nonetheless, the threat of terrorism remains real and on-going.

Malaysia’s official practice of “Wasatiyyah” (moderation/middle path) as enshrining one of the fundamentals of Islam as way of life is typically denounced and rejected as a version of unfettered and unbridled secularism by many religious extremist groups, particularly Jemaah Islamiyah (JI) which clashes with their version of “Daulah Islamiyah” (i.e., the establishment of a puritanical Islamic State – which seeks to approximates and repristinate the conditions of “original Islam”) through coercive and violent means under a misguided notion and radicalised (uber) interpretation of jihad (holy war).

Then there are non-violent extremist groups such as the Hizbut-Tahrir (HT) – which has been declared illegal and proscribed in five states, namely Negeri Sembilan, Kuala Lumpur, Selangor, Johor and Sabah.

The aim of this organisation (which is also international in nature/character) is the “reversion” and “re-unification” of the pan-Muslim world under the Caliphate and the corresponding implementation of fully-fledged Islamic laws. However, according to the Counter Extremism Project, certain individuals linked to HT has been involved in violence and terrorism.

Younger members such as the notorious “Jihadi John”, have gone on to join Isis (Islamic State) and taken part in a number of gruesome acts of killings such as beheadings (a standard operating procedure or SOP of Isis) of captives (Muslims and non-Muslims such as Coptic and Ethiopian Christians – locals such as Syrians and foreigners).

Isis would count, not unreasonably, as the most violent of all the extreme Islamist groups.

HT has also been alleged to have (at least indirect and “mediated”) links (through individual members) with Al-Qaeda – whose infamy has been overshadowed by Isis in recent years.

In 2004, three well-coordinated suicide attacks took place in the Uzbekistan capital of Tashkent. The targets were the embassies of the US and Israel, among others. Out of the fifteen suspects, most were said to be members of the HT with alleged links also to Al-Qaeda – see “Hizb-ut-Tahrir-al-Islami: Profile of a New Suicide Terror in Central Asia”, Institute of Peace and Conflict Studies/ IPCS. Krishna Mungur, an IT and intelligence contractor, has also highlighted the link in “Islamist Distortions: Hizb ut- Tahrir a Breeding Ground for Al- Qaida Recruitment”, Journal of Strategic Security, (2010).

There was even proof that JI and Kumpulan Militan Malaysia (KMM) – the most prominent home-grown terror group to date – had received some financial support from Al-Qaeda despite some convergence of interests and conflicting goals.

In “A critical study of Kumpulan Militan Malaysia, its wider connections in the region and the implications of radical Islam for the stability of Southeast Asia” (PhD thesis, Victoria University of Wellington, New Zealand) by Mizan Aslam (Malaysian counterterrorism expert), the shared roots of extremism of KMM and local Islamist terror groups in common with Al-Qaeda – and the on-going violent radical threat – is laid bare.

What enables and empowers all of these terror groups isn’t just the twisted ideology.

But equally vital too is the (sources of) funding which enables the second limb, namely leveraging on online platforms and technologies for spreading and diffusion of their respective ideologies.

One notable mechanism and method (modus operandi/MO) of terrorist groups has been the harnessing and utilisation of encrypted messaging and communication platforms such as Telegram and WhatsApp for incitement, planning, instruction and control of potential lone-wolf sectarian violence (see e.g., “Encrypted Jihad: Investigating the Role of Telegram App in Lone Wolf Attacks in the West”, Journal of Strategic Security, (October, 2017).

Indeed, the tragedy of grenade attack at the Movida nightclub in Puchong in 2016 was unsurprisingly orchestrated entirely online by Malaysia’s foremost IS militant and recruiter, Muhammad Wanndy Mohamed Jedi who ended up being killed in Raqqa (the erstwhile “capital” of IS) on April 29, 2017 and had the “privilege” of being named as one of the “Specially Designated Global Terrorists” by the US.

In 2019, Malaysia joined the Christchurch Call to Action in eliminating terrorist and violent extremist contents online.

Covid-19 has indirectly affected the funding available to extremist groups, according to a report by the International Criminal Police Organization (Interpol) – “Terrorist groups using COVID-19 to reinforce power and influence” (2020). As such, financial and movement constraints had forced extremist organisations to confine themselves to the online sphere or cyberspace in search of new members/recruits and intensify efforts at indoctrination, brainwashing, propaganda and disinformation.

Malaysian counterterrorism specialist Mizan Aslam was quoted as saying that, “online radicalisation activities had actually risen during the pandemic”.

Given the critical and indispensable role that the cyberspace and digital connectivity plays in the formation and training of terrorists and the corresponding launch and execution of terror attacks, we can expect that there will be a stepping up of passive recruitment (i.e., indirect means through online platforms) by extremist groups currently and in the medium-term stemming from the period of lull and inertia induced by the impact of the pandemic and the concomitant constraints such as funding and movement which continues in the post-Covid-19 normalisation period.

To address and tackle extremism, we need to again refresh our understanding on the root causes.

The following are just some of the impetuses/catalysts and drivers of susceptibility to violent extremism (VE) according to the United Nations Office on Drug and Crime (UNODC) under the VE Action of Plan that’s also very much related to Malaysia’s context:

This creates a fertile ground for recruitment and enlistment.

For example, the Lashkar-e-Taiba terrorists of the Mumbai attacks of 2008 were mainly drawn from lower income and socio-economically marginalised groups in the Punjab province of Pakistan since they can provide a route out of poverty with financial support as well as prestige and status – including a perverted/radicalised concept of martyrdom – that comes with championing certain popular causes among certain constituencies and exploiting long-standing sectarian grievances.

We can also take (the Autonomous Region of Muslim) Mindanao as an example. The lack of adequate infrastructure, economic discrimination in favour of the non-Mindanaoans or outsiders resulting in indigenous displacement, military airstrikes (not unlike that of Israel against Gaza), etc, have breed discontentment and provided fodder to separatists such as the Abu Sayaf Group – capitalising on the banner of religion as the clarion call for violent resistance which then spills over into acts of terror, including kidnappings (for ransom) and beheadings.

On the one hand, as the situation in Sri Lanka has demonstrated, simmering and festering tensions between ethnic groups that are unresolved and furthermore entrenched constitutionally and institutionally can explode into full-scale violence. The terror outfit Liberation Tigers of Tamil Eelam (LTTE) came into being as a result of the long-held belief by many ethnic minority Jaffna Tamils that negotiations and bargaining were virtually impossible to achieve with the majoritarian Sinhalese community.

On the other side of the spectrum, as in our case, communal grievances can easily be inter-twined in the form of the toxic mix of ethno-religious rhetoric. This further feeds and fuels and reinforces the narrative of “Islam under threat” – creating a siege mentality which provides conducive environment under which extremist ideologies from the ethnic majority can take root and thrive.

The upshot is that there’ll always be non-mainstream groups (i.e., on the “fringes”) – as our experience attests – that will take things to even more extreme ends.

Why? This is simply because the solution to address the problems created by narrative as per the mainstream as embodied by the State never go far enough – precisely analogous to the takfiri culture/paradigm of which Isis is the very paragon.

This is partly a reason why the security threats from non-state actors in the context of Malaysia is on-going – even if somewhat subsided and “died down” (i.e., “sleeping” or dormant) in recent years.

The case of an ustaz who was caught on social media dehumanising and vilifying non-Muslims in the region had attracted many police reports lodged against him.

Yet until today, no action has been taken whilst the police have rightly said they will act against the group of BJP activists/supporters in Malaysia who were photographed with party insignia and flags in front of the renowned Batu Caves temple.

In what’s a horrifying twist of facts, the ustaz was recorded apparently claiming that the victims of jihadists were the aggressors and that all non-Muslims are enemies of Islam and behind the oppression of the co-religionists.

The authorities must have the political will (like our closest neighbour, Singapore, no less) to stamp out extremism that purportedly represents but, in reality, tarnishes the image and sanctity of Islam.

This is why it’s so critical for Malaysia to give more emphasis on digital resilience in the fight against extremism – by way of constant and continuous monitoring, surveillance, and intelligence gathering that’s followed up by swift and decisive action against hate preachers.

The Royal Malaysian Police (PDRM) and the Special Branch must go all out in combatting the extremism (which can readily spawn into violence and militancy) in our midst by setting up a counter-narrative and psychological operations (“psy ops”) unit comprising of specialist cyber-troopers in debunking, demythologising, demotivating, dis-incentivising and de-programming Islamist extremists and the wannabes based on Islam and the contextualisation of the Deen in today’s society. 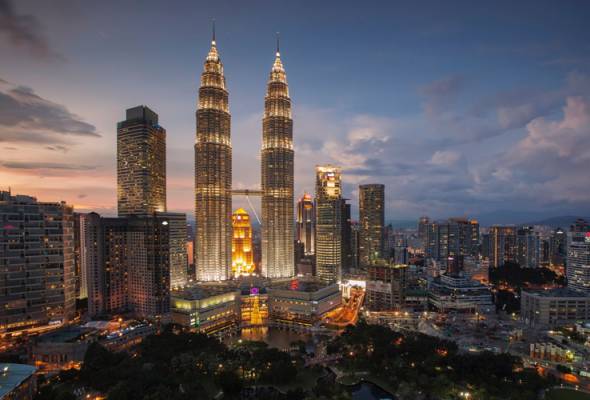 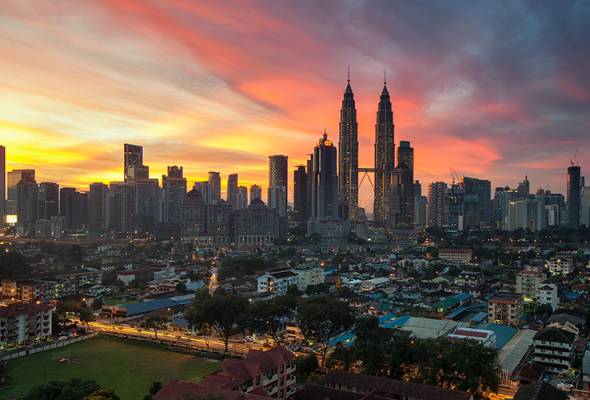 Enhancing the food-water-energy nexus through legislation
Next