Enter the grim political dimension in life and livelihood equation

How does a vote of no confidence help to uplift the sagging economy and ensure a second wave of Covid-19 will not occur? 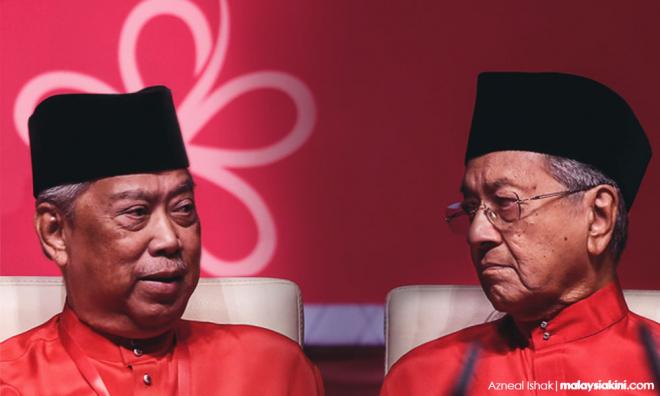 While Malaysia is now at a crossroads with its government trying its best to balance between life and livelihood during this difficult time, history seems to be repeating itself when the country once again is on the brink of a political crisis with politicians still trying to play their Game of Thrones by calling for a vote of no confidence against the government amid the Covid-19 pandemic.

Let’s review the situation when the politicians first played their political game in late February. At that time, Covid-19 was just an outbreak that had not been declared yet by the World Health Organisation (WHO) as a pandemic.

Remember that from Feb 24 to March 1, those were the days when the Game of Thrones was enacted by the politicians resulting in a political crisis that ended up with a new prime minister being duly sworn-in on March 1. There was nothing extraordinary then because on March 1, new Covid-19 cases went up by four, making total infections at 29 cases and the new cases thereafter were still at a one-digit figure.

What was extraordinary then, was the resignation of Dr Mahathir Mohamad on Feb 24 as prime minister and his immediate appointment as interim PM, and the government operating on standby mode with no cabinet ministers.

It was during this “vacuum” that the fateful tabligh event was organised at the Sri Petaling Mosque attracting the attendance of some 14,500 people from Feb 27 to March 1, with March 1 being the day that WHO declared the Covid-19 outbreak as a pandemic.

While daily new cases followed likewise from one digit on March 1 (four new cases) to two digits on March 4 (14 new cases) and went on to spike to a three-digit figure on March 15 (190 new cases), with the first deaths on March 17 (two deaths).

It was the bold decision of the government then in introducing the unprecedented movement control order (MCO) on March 18 (total cases at 790, new cases at 117) that finally brought down new infections back to a two-digit number on Apr 15 (85 cases).

Malaysia has still a long way to go for as long as we don’t see a single-digit new infection soon, especially when vaccines and effective medications are still a long shot from coming into the market.

Although not out of the woods yet, the situation has improved a lot, with the government introducing a conditional MCO with some relaxations on May 4 in order to restart the economy by opening it on a controlled basis.

The government did this because the MCO has cost the country some RM63 billion in economic losses while facing the grim reality of Malaysia’s unemployment rate spiking to 3.9 percent in March, with the number of unemployed persons increasing 17.1 percent year-on-year to 610,500, based on the latest statement of Chief Statistician Mohd Uzir Mahidin on Friday (May 8).

Although there is really a pressing need to address the economic or livelihood dimension, the government is still mindful of the public health safety dimension. This is because of the real possibility of a second wave of infections, which could be more severe, that is expected to occur if all the new norms pertaining to social distancing and personal hygiene are abandoned by the rakyat.

Hence, the constant reminder of the need to adhere to the standard operating procedure (SOP) for businesses intent on reopening during the conditional MCO and the SOPs for rakyat to dine-in, and the greater encouragement for digitalisation and e-commerce.

Suppose the vote of no confidence materialises, does that mean Prime Minister Muhyiddin Yassin (above) will no longer be PM? Of course, he will still be because he will have to seek an audience with the Agong in his capacity as PM to brief the King on the political situation.

And according to some constitutional lawyers, it all depends on how Muhyiddin briefs the Agong. If in his briefing, he requests for a dissolution of Parliament and this is agreed to by the King, then a snap election is in the offing.

At any rate he will still be the PM, albeit in a caretaker capacity, until the election is over and a new PM (could be him again) is sworn-in.

If the request for dissolution is not granted, he will have to resign and a new PM will be appointed by the Agong as provided for in the Constitution, the same provision which the King had used to solve the political crisis in February.

On the other hand, if in his briefing all he says is, “I have lost the majority in Parliament”, then the King cannot dissolve Parliament as the Constitution allows His Majesty to do so only on the advice of the PM. Then a new PM will be appointed by the King in the same manner provided for by the Constitution.

So, unless a snap election is called, it is all back to square one in that it is the King who’ll decide on a new PM. In the meantime, the damage to the country due to the government being on standby mode may well mean the further collapse of the economy and the return of Covid-19 with full vengeance.

Long lines at pawnshops: Vivid reminder of more assistance needed for B40, even M40
Next