EMIR Research's 4Q 2020 poll results showed that addressing governance-related issues could be a unifying element across the social divides given consistent and overwhelming agreement from a significant... 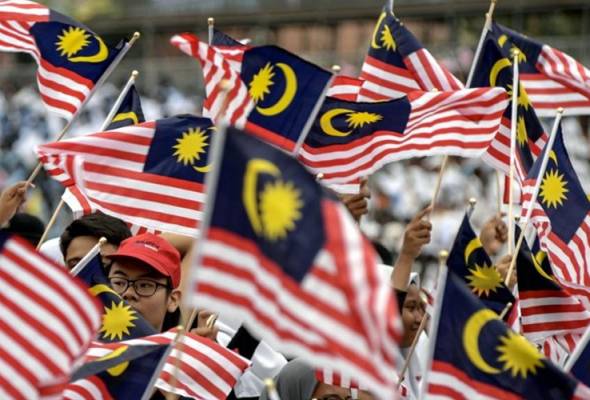 Disunity and corruption are ‘diseases’ which have plagued Malaysia long before Covid-19. The cancer of corruption spreads far and deep into the ecosystem and just like any deeply metastasising tumour it has to be surgically removed completely and immediately. There is light at the end of the tunnel as data indicates that and all-out war against corruption now can improve unity in the long run. Killing two social ills with one stone, so to speak.

There is a clear and persisting societal divide that has shaped Malaysia’s political landscape (and vice versa) over many decades. If Malaysia’s leaders seek to improve their image, improve the trust-deficit between the public and the authority, foster national unity and pursue long-term growth for the many, then they can start by showing zero-tolerance to corruption and address other governance-related issues.

According to EMIR Research’s Quarterly Poll for the fourth quarter of 2020 (part 1), there is a clear difference in opinion between the Malays and Bumiputera group of respondents and the Chinese and Indian group of respondents across almost all aspects such as perceived direction and living conditions of the country and socio-economic issues.

Though there are other social dimensions which show differences in opinion (such as age group, income group and education level), the racial divide appears to be a consistent theme. The geographical divide observed may also be explained to some extent as being demographically influenced by racial make-up.

Though such divide appears across all aspects, one particular aspect showed significant agreement from all respondents – governance related matters. In particular, about 62 per cent of respondents agree on the statement on moral problems among political leaders, which was more than in the previous poll at 49 per cent. A 13 per cent increase in one quarter is significant.

This could be attributed to a number of things but notable mentions include the Sabah state election on 26 September 2020 which was blamed as a major Covid-19 super-spreading event – all catalysed by political squabbles and power struggles.

Politicians dug their own graves with this one, along with the graves of others who died from the increased spread of Covid-19.

Another major influencing factor could be the attempt by the opposition leader at the end of September 2020 to topple the ruling government with claims of having majority of MPs’ support, followed by reports of an attempt by the present government to declare state of emergency at the end of October 2020. The latter was reported as a response to the rise in Covid-19 cases though the opposition leader accused it as an attempt of the ruling government to hold on to power.

The political crisis happened amid rising cases of Covid-19 and at the backdrop of worsening socio-economic situation. Thus, people’s negative perception on the “moral problems among political leaders” in the poll were bound to increase.

Other governance-related matters in the poll received similar results as in the previous quarter, but it’s worth highlighting the overwhelming agreement (78 per cent) in fighting corruption in enforcement agencies, with only 5 per cent disagreeing.

A similar pattern of where percentage agreement among respondents is larger than disagreement can also be observed in statements such as “effectiveness of anti-corruption among the civil servants”, but this is not as significant as the statement of “fighting corruption in enforcement agencies”. From the broader perspective, this indicates that a vast majority agree in fighting corruption, but not as many agree in the effectiveness of current anti-corruption efforts.

National unity has been a persistently difficult puzzle to crack and this particular result in EMIR Research’s 4Q 2020 poll show that addressing governance-related issue is a great place to start given the consistently overwhelming agreement from a significant majority of respondents.

It shows that fighting corruption and focusing on socio-economic needs instead of politicking has great potential to transcend the traditional societal divides such as race, religion, age-group and geographical area.

Governance-related issues are some of the few significant common grounds that unite the racially-divided Malaysia and it would be wise for any leaders to utilise this to the fullest to address national unity and reap the longer-term rewards of growth and prosperity.

As such, the move led by Datuk Dr. Hussamuddin Yaacub through the Gerakan Sinar Rasuah Busters is timely and should be given full support by all. As the founder of Karangkraf – one of the biggest publication company in Malaysia – this move is well-suited to demonstrate the critical proactive role of mass media as the Fourth Estate, an agent of check-and-balance and as a responsible whistle-blower in disclosing important information to the public.

This is also in line with the call for independent media to combat corruption (among other good suggestions) by Muar MP Syed Saddiq Syed Abdul Rahman, which came following Malaysia’s two-point score drop (53 to 51) and six-level rank drop (rank 51 to 57) in Transparency International’s (TI) Corruption Perception Index (CPI) 2020 that was published recently.

Though the change in CPI score in 2020 can be argued as relatively insignificant, a dropped score is still a cause of concern, especially when it wasn’t in a great place to start with and especially when neighbouring country like Singapore maintained its high score of 85 and improved its CPI rank to number 3, from last year’s number 4.

The increase in public outcry and increased momentum of independent movements to combat corruption are justified and are signs that the cancer of corruption is in the late stages. Some may loathe being compared to neighbouring Singapore but we have to find a way to embrace the embarrassing truth and improve.

As the saying goes, ‘pride comes before a fall’ and the cost of Malaysia’s fall will be paid in full by the people suffering now and by future generations – costs that are monumentally too great to be paid at the price of empty pride.

Malaysia’s leaders have no choice but to commit to an all-out battle against corruption. There is a clear relationship between the level of corruption in a country and the level of economic prosperity. Malaysia can forget its dreams of becoming a ‘high-income’ and ‘high-tech’ nation, if it fails to address the deeper sources of corruption.

So, where do we start?

CPI 2020 highlighted possible contributing factors to Malaysia’s drop in rank and score spanning weaknesses in legislation, institutions, acquittal or discharge not amounting to acquittal (DNAA) of high-profile figures in corruption cases, abuse of power and corruption in enforcement agencies and many more. The sickening list goes on.

Internally, we can refer to past and current recommendations from political figures, as well as studies done by experts, institutes and agencies. We also have a new national vision in the works such as ‘Malaysia 5.0’ which takes into account human reformation and technology revolution alongside institutional changes. Externally, we have various international references such as TI and the United Nations’ Development Programme (UNDP) Global Anti-corruption Initiative.

In short, we have a good idea of what needs to be done; we just need to do it. And there lies the root cause.

Existing problems in the ecosystem such as governance structures (concentration/separation of power, non-transparent processes etc.), political culture, corruption in enforcement agencies and media freedom are underlined by weaknesses and/or absence of laws, which ultimately boils down to collective political will. Arguably, the latter has been a major missing ingredient in Malaysia’s recipe to address governance issues. Unprecedented measures needed by industries and businesses at this time
Next