Politicians must be empathetic to the rakyat's situation and put aside political differences to deliver a national Budget that the people need.

The COVID-19 pandemic has brought many of us to the realisation that sympathy and empathy towards each other are crucially needed when there’s no certainty to what is going to happen in the future.

As many await the Budget day, it seems that not everyone namely the politicians feel the need to empathise as their actions have deeply impacted rakyat’s optimism of what’s ahead for them.

Empathy means putting yourself in someone else’s shoes and share the thoughts of that person, but in reality these politicians are far from empathising the rakyat, which is reflected by their behaviours.

Let’s start with the pessimistic sentiment expressed by the discussants during EMIR Research’s focused group discussion for our third quarter poll in August.

Another discussant added: “Basically, my concern is not so much of the COVID-19, at the moment, because it is not going to be there permanently. My immediate concern is the political instability that is found in this country. We are not even sure what is going to happen tomorrow, whether the Parliament … whether the Government that is presently ruling will be ruling tomorrow.”

The political-oriented concerns have prolonged up until now as the political dramas are never-ending when the needs of the people should come before petty opportunistic politics operating under the pretence of democracy.

The Sabah cluster showed that political instability, and ensuing elections which drove campaigns and gatherings have contributed to a significant rise in COVID-19 infections.

This rising infection had then resulted in a stricter Movement Control Order (MCO) to mitigate the widespread of the virus, from Recovery MCO (RMCO) to Conditional MCO (CMCO), which has now been extended further until Nov 9.

What’s more heart-breaking to see is the large impact the CMCO has on the masses.

Schools are closed and small businesses are forced to shut down as most people are staying or working at home. All of this started from the political games.

So, to avoid the same pitfall, Malaysia must hold off political interest, and focus on what truly matters – the people’s health and economic well-being – which politicians have been promising rakyat over and over again.

Although the general scepticism on the reasonings behind the Emergency showed a general distrust of the Government’s motives, no one can deny the rise in infections, lives that had been lost, and loss of jobs that have caused more Malaysians to fall below the poverty line.

It is good to know that the decision of the Yang di-Pertuan Agong (YDPA) and the Malay Rulers to not declare a state of Emergency was met with positive support from members of Parliament from both sides, which at the moment appears to support the tabling of Budget 2021 scheduled to take place on Nov 6.

The Budget is expected to be driven by four main thrusts – caring for the people, steering the economy, sustainable living and improving public service delivery.

This is not a Budget made for mega projects or aesthetic extravagance.

This Budget should be about showing empathy and it should be a generous one, aligned with the ‘Economics of Empathy’ as coined and fought for by EMIR Research.

It would be an unprecedented Budget to meet the needs of unprecedented times. But successful implementation requires a shift in the mindset of politicians to stop the unrelenting urge of politicking.

The selfish political squabble between elected leaders against the backdrop of people’s suffering is shameful and unempathetic.

Their clamouring for power have exposed them as self-serving politicians, instead of leaders for the people.

Although a ‘ceasefire’ was called, there are concerns as certain demands are not met and the ‘truce’ may falter resulting in the upcoming Budget getting voted down.

Even after the ‘ceasefire’, there are news of senior political party members still asking for the resignation of Prime Minister Tan Sri Muhyiddin Yassin and other senior ministers – despite the YDPA’s expressed confidence in the government in handling the pandemic, and His Majesty’s warning for politicians to stop politicking.

Some politicians have even gone as far as blaming the voters for the current political crisis. The rakyat are the victims, not the cause.

Sincerity and genuineness are not known to be common denominators in politics, which is why even if the ‘ceasefire’ and the support for the Budget proves to be true, people will still evaluate if the apparent unity is simply a case of “I scratch your back you scratch mine”.

There will be significant lash back should it involve dealings with figures under criminal investigation, or other indications of politicking that surpass both justice and the people’s needs.

Therefore, political differences need to be put aside to deliver a national Budget that the people deserve by addressing the worrying socio-economic and health-related issues which have been worsened by the pandemic – unemployment and underemployment, financial anxiety, mental health, vaccines, digitalisation and others.

All in all, politicians need to behave as leaders and cooperate in the best manner in ensuring best assistance are given to the rakyat in order to weather the storm. 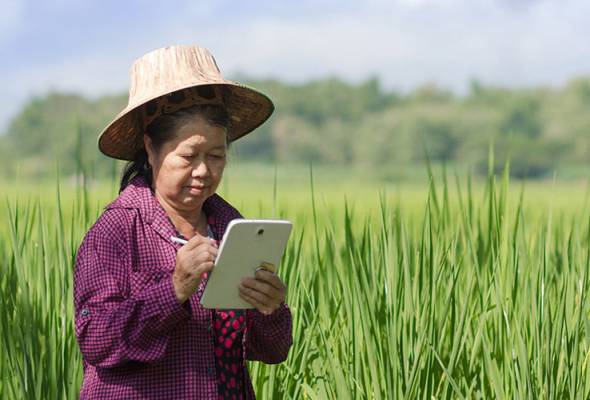 Agriculture at a crossroad making that quantum leap
Previous Budget 2021 – Youth’s wishlist to endure the crisis
Next