Expansion of free port status can be part of the resetting of economic growth strategies. 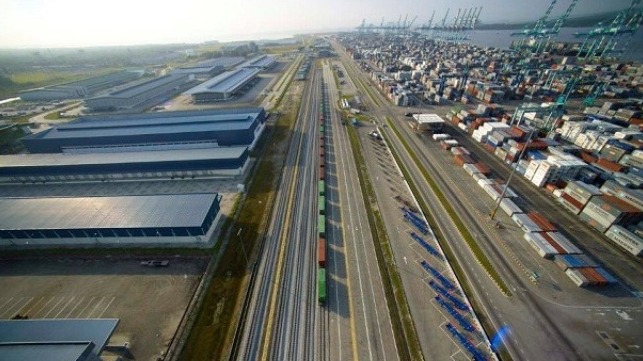 Published by The Sun Daily & Biztech.asia, image from The Maritime Executive.

In a world where the US is becoming protectionist and supply chain is being reconfigured along the lines of multilateral frameworks such as the Afta (Asean Free Trade Area), RCEP (Regional Comprehensive Economic Partnership) and CPTPP (Comprehensive and Progressive Trans-Pacific Partnership) that by their nature exclude others, expansion of free port status can be part of the resetting of economic growth strategies.

What this means is that ports which are duty-free and therefore not part of the country’s customs’ borders can leverage on the features of a free trade agreement (FTA) even whilst not being part of it.

The status of free port enables the ports concerned to enjoy exemptions not available ordinarily, otherwise.

Free ports, therefore, are also subject to deregulation or regulatory flexibility which means less regulations and red-tape governing the setting up of business operations alongside fiscal or tax incentives.

The concept of free ports is an integral aspect of an active industrial policy by the government seeking to create jobs, tap into the global supply and value chain, and boost foreign direct investment (FDI) which in turn enhances the manufacturing sector’s export growth potential.

As such, free ports do more than position themselves as leading logistics hubs in terms of providing end-to-end supply chain solutions, regionally or internationally, but synergises with the economic “hinterland” to create a truly integrated and dynamic industrial agglomeration and clusters.

In short, free ports can be the base for the seamless convergence between connectivity on the one hand and manufacturing bases on the other, otherwise known as production networks.

As alluded to, goods and products that enter into a free port typically stand to enjoy duty exemptions – so that customs duties or tariffs are not applied. This will lower production and transactions costs for manufacturers.

There’s also the policy known as inverted tariff within the free ports and free trade zones (FTZs) whereby imported components, either raw or semi-processed, are tariff-free so that manufacturers who are heavily reliant on outside sources can enjoy lower costs. This is critical for sectors or sub-sectors protected under import substitution industrialisation (ISI).

Now, there’s never been a national policy or strategy on free ports in Malaysia – which could provide an overarching, coherent, systematic approach to leveraging their use as part of economic recovery and rejuvenation, especially post-Covid 19.

Maybe the concept has been neglected but if combined with harnessing the latest technologies and digitalisation, free ports can be a catalyst and impetus in driving economic growth which in the context of Malaysia would be the states concerned in which the free port is located and by extension the region.

Of course, the two of Malaysia’s famous free ports are none other than Port Klang Free Zone (PKFZ) and Port of Tanjung Pelepas (PTP). PKFZ is a 404.69ha duty-free zone, of which 384.45ha are fenced off as an industrial zone and the remaining 32.37ha are the commercial zone.

It handled 327,000 twenty-foot equivalent units (TEUs) and 4.12 million freight weight tonne cargo throughputs in 2019 and is poised to develop into a self-contained township and, thus, growth nexus in its own right under a transformation masterplan that will attract further investments over the next decade.

PTP – envisioned to provide friendly competition to Port of Singapore – handled 9.1 million TEUs in 2019, with a utilisation rate of 73%. It is expected to reach a capacity of handling 30 million TEUs a year in the future. Total volume handled grew at a steady CAGR of 4.2% over the last decade.

Located in what is now known as Iskandar Malaysia (formerly, South Johor Economic Region or SJER), PTP had been envisaged to be the Shenzhen of China with Singapore as Hong Kong.

PTP could capitalise the symbiotic relationship between two economies via a concerted focus on serving the imports of raw and semi-processed materials and parts coming through the Straits of Malacca from the surrounding and contiguous regions as one niche area of competency.

A similar example is the Northern Corridor Economic Region (NCER). Within the NCER, the regaining of the free port status for Penang Port will accelerate intra-regional integration, involving southern Thailand and Myanmar in terms of production networks for re-exports. And Penang’s position as the leading electrical and electronics (E&E) manufacturing hub under export-oriented industrialisation could align with the free port status of Penang Port.

Multinational companies manufacturing E&E products such as semiconductors, microchips and processors based in the Bayan Lepas FTZ, for example, could outsource the less technologically sophisticated production processes to factories outside of the NCER – southern Thailand and the emerging industrial zones in the coastal regions of Myanmar in what is the flying geese model, where the less developed economies take over the production processes of the more developed ones.

This will lower manufacturing costs overall by diversifying the industrial bases and strengthen intra-regional supply chain, making it more resilient, at a time of reshoring and onshoring.

In the final analysis, free port is neither an obsolete concept made redundant by FTAs nor no longer relevant to industrialisation or development model of fast developing or developed economies.

Indeed, if the cards are played right, free ports could prove to be the harbinger of the new logistics such as underground tunnels as part of the wider trade connectivity and enabling supply chains to emerge more diversified and resilient and integrated.

By extension, an overarching, integrated and coordinated national free ports policy that builds upon the 11th Malaysia Plan and further developed in our 12th Malaysia Plan could boost our GDP growth.

Does Malaysia have enough talents to be a high-tech nation?
Previous

Inject more cash to the economy for faster recovery
Next