Give a tweak, targeted MCO 1.0 a final chance

But how much can a whole-of-society approach be effective when the society itself is deeply divided between those who want a total lockdown and those who are against... 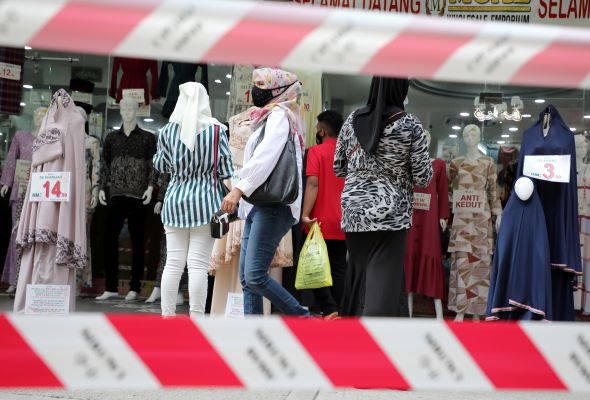 In an article more than a week ago, EMIR Research had said the number to watch for the Covid-19 pandemic was the all-time high daily infection of 5,728 recorded on January 30 because if this is breached, it will indicate a new peak and the start of the fourth wave.

That number was breached yesterday (May 19) despite the on-going MCO 3.0 which was implemented beginning May 12. It was so superfast that the daily infections figure increased from the 4,000s to the 6,000s in a matter of just a few days without ever touching the 5,000s.

That’s how the enemy (Covid-19 virus) works, especially with assistance from its various cousin variants found in other countries that had already made their way into our country and the community, with the exception of the Brazilian variant.

When the existence of these variants in the country were first announced by the DG Health, Dr Noor Hisham Abdullah, there were many Malaysians who were incredulous and accused the honourable DG of massaging the number for political purpose. Actually, it is this accusation that is incredulous.

It’s time for all Malaysians to cast aside politics and rally behind the government as the Cabinet and the National Security Council meet tomorrow (May 21) to discuss whether a total lockdown ala MCO 1.0 should be implemented nation-wide, and support whatever decision that comes out from the meeting.

When the stake is high, and aiming for the perfect balance between lives and livelihood is very difficult to attain, the issue is no longer about the decision made because any decision made will have its own pros and cons.

At this critical juncture, when the decision is made, let’s give it our total support. A good case in point on this is when the Selangor State Exco for Public Health, Unity, Women and Family Development, Dr Siti Mariah Mahmud said: “Selangor does not want a full lockdown but will abide if directed by the federal government under the Emergency Ordinance.”

We have done this before when the government took the bold steps of closing the border and introduced MCO 1.0 last year. There was a newfound unity and solidarity between the government and the rakyat including the Opposition then that had resulted in the situation being manageable from early May 2020 onward, resulting in the one and only MCO1.0 ever being implemented for once only, lasting for about one and half months.

So much has been talked about on the whole-of-society approach in tackling the Covid-19 predicament on the balance between lives and livelihood. Actually, the government has already implemented some form of a whole-of-society approach by introducing the Hotspots Identification for Dynamic Engagement (HIDE) system, and consultation with business federations and associations.

The introduction of HIDE for instance shows the consultation with data & AI experts in applying machine learning and artificial intelligence tools in assisting the authorities in the identification of Covid-19 hotspots.

But how much can a whole-of-society approach be effective when the society itself is deeply divided between those who want a total lockdown and those who are against it.

The medical community group in general is all out for a total lockdown because it gives more weight to the saving of lives in the equation on the balance between lives and livelihood. For them, livelihood is important but more importantly is lives because no lives mean no livelihood.

On the other side of the divide is the business community group which gives more weight to save livelihood, and hence is against a total lockdown because it holds steadfastly to the notion that saving lives is important but more importantly, no livelihood will ultimately lead to no lives.

We can even detect this deep divide in the ministries. DG Hisham was once reported to have said that when the third wave first emerged after the Sabah state election, the Health Ministry wanted MCO1.0 to be instituted, but feedback from the Ministry of International Trade and Industry was this will affect the economy badly, and so a compromise was reached in the introduction of a CMCO 2.0, followed by MCO 2.0 and MC0 3.0 which in reality are all a half-baked MCO1.0.

Even in the current debate on whether to re-impose MCO 1.0, it was Health Minister Dr Adham Baba who first revealed that his ministry was proposing a “full” MCO, alluding to further movement restrictions and suspension of more business activities. However, Finance Minister Tengku Zafrul Abdul Aziz appeared dismissive on this.

In his facebook posting, Zafrul said that in “our zeal to curb the spread of Covid-19, we should not sacrifice economic growth and also hurt the vulnerable group”.

“In general, the two MCOs (MCO 1.0 and MCO 2.0) have succeeded in reducing Covid-19 cases significantly, but MCO 2.0 achieved this target without adversely impacting the country’s economic growth.” he said.

The Finance Minister went on to say the more targeted approach of MCO 2.0, as well as the government’s proactive measures, had placed Malaysia on the path towards economic recovery, as seen by the smaller GDP contractions of 3.5 percent and 3.6 percent in January and February this year, respectively, followed by positive growth of 6 percent in March.

Moreover, applying the lessons learned from the first Covid-19 wave, no country in the world fully closed its economy when dealing with the second and third waves of the pandemic, he added.

Both views have its own validity, and that is why it’s better to just let the government and NSC decide on this between-a-rock-and hard-place decision, and we just abide by the decision even if we disagree.

But before a decision is made EMIR Research would like to propose an idea which will restore the balance between lives and livelihood.

Why not imposed MCO 1.0 only on 3 states with the highest daily infections? Then the livelihood or economic aspect of the balance will be in the hands of the 10 states with no MCO 1.0. Yes, it’s a total lockdown but it’s not nation-wide, and is targeted.

Moreover, by doing this, it will galvanise all state governments, their agencies, businesses and political parties in every state to work together harmoniously – some sort of a whole-of-society approach – in a healthy contest not to be in the top three states with the highest daily Covid-19 infections.

At the same time this is done, the SOP violation figures must also be brought down to a one-digit figure. It is strange that whether it’s a strict or lenient enforcement of the SOPs, the number of SOP violators remain at a three-digit number – at last count about 500 SOP violators a day. This could be due to the “indecisive” enforcement of SOPs.

The daily SOP violation figure needs to be brought down to a one-digit figure in order for it to make a meaningful and effective impact on the reduction of the daily infection figure. To achieve this, the SOPs must be enforced with empathy, but at the same time without fear or favour to anyone.

Under this idea, when all the 13 states and the three Federal Territories finally achieve a two-digit daily infection, it’s time to declare the whole country to be under the RMCO once again.

And once the daily infection figure consistently reaches a one- and zero-digit figure consecutively for a month, perhaps it’s time to declare Malaysia a Covid-19 free country. 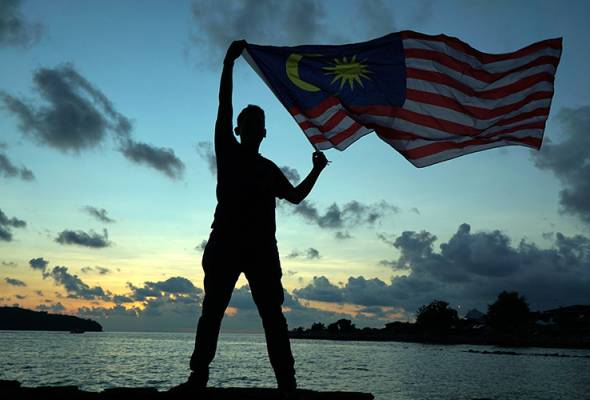 Exorcising the ghost of May 13?
Previous 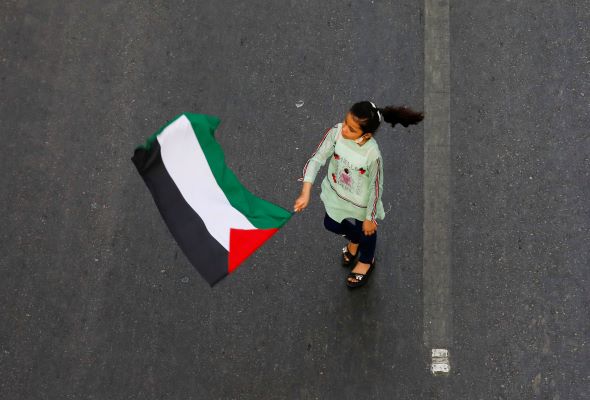 The pathology of Zionist rejectionism
Next