So long as the economic uncertainty remains, data accuracy needs to be given serious attention to ensure no one is excluded from the assistance that they deserve and... 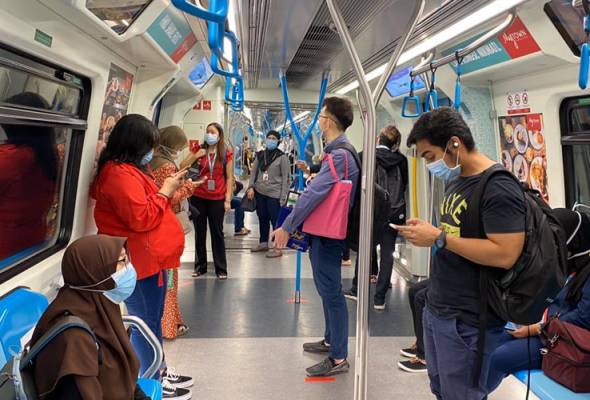 Nearly everyone is feeling the pinch from the pandemic but the intensity of suffering and difficulties varies across the board. This explains why government assistance has become more targeted to those in need such as the urban poor, as we continue to weather the crisis. So long as economic uncertainty remains, this efforts should continue, but data accuracy needs to be given serious attention to ensure that no one is excluded from the assistance they deserve and need.

The difficulties experienced by the people have become more evident as most states are currently under a blanket movement control order (MCO 2.0) as local Covid-19 cases remain at four digits.

Although the impact is said to be less severe than that of MCO 1.0 as more economic sectors are allowed to operate, some businesses can’t seem to escape the negative impact due to the need to adhere to SOPs such as physical distancing. Many have started working from home, and interstate travel has been banned.

Federal Territories Minister Annuar Musa recently said more than 30,000 households from the total population in the capital have incomes below the poverty line of RM2,208.

If we look at the mean poverty line income in Kuala Lumpur alone, it is slightly higher at RM2,216. Based on the revised income group classification by DOSM, in Kuala Lumpur only, households earning below RM9,150 are already considered B40.

Annuar also said this group of households cannot even afford necessities such as food, clothes and shelter.

The inability to afford these daily needs, the prolonged financial anxiety and the need to adapt to the new environment whereby almost everything has moved online will lead to other consequences which are already happening around us in areas such as mental health, particularly for those who are underprivileged.

The dire situation could be explained given the higher cost of living that needs to be shouldered by the people living in cities which has been made worse by the pandemic.

This specific situation can be supported by the findings of the Emir Research Quarterly Poll for fourth quarter of 2020 (4Q20) which were just released and are reflective of the ground reality based the response of 1,976 respondents coming from all states in the country.

According to the poll, 76% of respondents experienced a negative impact in terms of jobs while 74% agreed that economy was badly impacted due to the Covid-19 pandemic.

The findings also showed that the impact was felt more by urban respondents.

In terms of the direction of the country and economy, the majority of respondents were unsure whether the country is on the right track (48% vs 54% in 3Q20) and whether the economy is on strong footing (45% vs 53% in 3Q20).

The poll included a larger share of urban respondents (70.5%) which is not too far from the real urban and rural populations in Malaysia at 76.6% and 23.4% respectively in 2019, according to World Bank data.

These statistics show an urgent need to lend a helping hand to the vulnerable and low-income earners living in the cities as their low wages do not go together with the continuous rise in cost of living.

These initiatives are also accompanied by a new initiative known as [email protected] whereby over 5,000 bags of rice will be distributed to the urban poor per week, an increase from 3,000 previously.

As a yardstick for these initiatives, it was stated by the prime minister that over 35,000 people and heads of households, as well as residents of 331 low-cost housing areas in Kuala Lumpur, benefitted from the 5MY programme last year.

Under [email protected], 3,259 employment opportunities were provided last year and hopefully, this initiative will help a greater number of urban poor in a more sustainable way. To do this, job opportunities should be coupled with appropriate wages at least to afford basic needs (above minimum wage level).

Perhaps to help them demand for high wages, the urban poor need to be educated or equipped with the relevant skills that are required by the sectors they are involved in.

Another important area to improve on is the accuracy of data for the urban poor population, not only in Kuala Lumpur but also in other states since it was mentioned by the minister that the exact number of families could not be confirmed due to the involvement of several agencies.

There should be a single platform whereby each participating agency can consistently share and update its statistics on the urban poor to ensure there are no overlaps and that sufficient and appropriate assistance will reach those who are in need. A time to reset and rebuild
Previous Recalibrating The Covid-19 Containment Strategy
Next