Will it continue to be an unjust and manipulative unipolar world or will it be a more democratic, natural, balanced and fairer multipolar ? 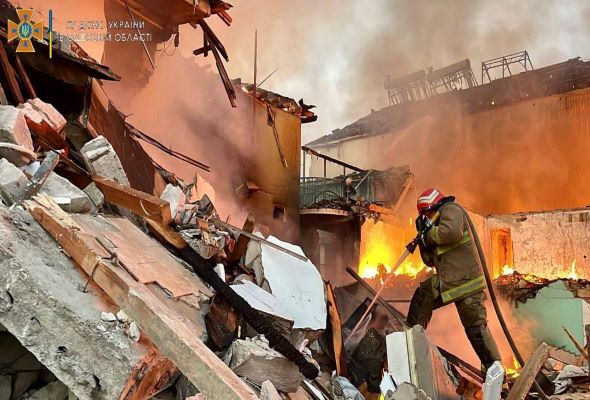 In part 1 of “Indo-Pacific Democracy Dynamics – Impacts of the Ukrainian war on the Global Democratic Order” (16 August 2022), EMIR Research illustrated how the recent geo-political events signify the beginning of an irreversible process of reformatting the world order towards a more democratic, natural, balanced and fairer multipolar world with financial settlements in all sorts of national currencies, backed by the things of real value (natural resources or produce), based on mutually beneficial cooperation and respect for national sovereignties!

This part will zoom into the context of the Indo-Pacific region.

A free and open Indo-Pacific with specific reference to the South China Sea (SCS) would only be in the strategic interests of the US if China’s role and presence is diluted and “cut down to size”.

In short, a united world is not conducive to a unipolar world – hence the intractable imperative for the US to divide and conquer.

Theoretically and hypothetically, under a global geopolitical architecture that is cohesive and marked by consensus driven by accepted and recognised norms and reinforced by a rules-based order/framework, the US will find itself hard-pressed to engage in proxy wars.

US strategic interests thrive on sabre-rattling and brinkmanship even in the absence of wars and conflicts.

In the final analysis, the US can’t be relied upon to promote a more stable and secure and conflict-free Indo-Pacific.

The role of the US is only to counterbalance the intransigence and belligerence of China, e.g., in the event that the dynamics are a prelude to conflict.

In other words, the role and place of the US can only be conceived as a kind of a backstop, i.e., either to stop/prevent a conflict from emerging or end the conflict – that is, that of deterrence.

Therefore, the return to ASEAN centrality.

ASEAN must step up and further heighten its “sense of destiny” with a bold and ambitious vision to play a more proactive and prominent role in the Indo-Pacific region – and seek to negate the “exclusive spheres of influence” of the superpowers (be it the US or China).

Already ASEAN has an Indo-Pacific Outlook consisting of the following (non-negotiable) principles:

● A perspective of viewing the Asia-Pacific and the Indian Ocean regions, not as contiguous territorial spaces but as a closely integrated and interconnected region, with ASEAN playing a central and strategic role;

● An Indo-Pacific region of dialogue and cooperation instead of rivalry;

● An Indo-Pacific region of development and prosperity for all;

● The importance of the maritime domain and perspective in the evolving regional architecture.

Since what mainly connects the Indo-Pacific region is the SCS and the Straits of Malacca as the geographical nodal points, it’s only natural and logical and rightful that Asean plays the central role in the regional architecture.

The Indo-Pacific Economic Framework (IPEF) proposed by the Biden administration on October 27 last year at the 16th East Asia Summit recognises that ASEAN is a key ground for geopolitical rivalries (“rivalries” again) in the wider region.

This is where ASEAN centrality must assert itself and not “fall into the trap” of playing by the “ground rules” and game of the US.

The IPEF has to be aligned and fit into the ASEAN Outlook (and not the other way around).

If need be, ASEAN might have to develop an alternative narrative and proposal to balance and fill in the geopolitical and geo-security gaps in the Indo-Pacific Economic Framework via the East Asia Summit (EAS) and the ASEAN Regional Forum (ARF), etc.

Under the IPEF, the strategic goal of containment of China by the US is set to continue.

This is why ASEAN should steer clear of either bandwagoning (i.e., openly and exclusively aligning with a stronger power) or hedging its bets (i.e., playing both sides) via the IPEF – which could well be inimical to the pre-existing RCEP and other areas of strategic cooperation and make joint-development (JD) in the SCS even more difficult to achieve.

The US’s place in the Indo-Pacific region as outlined in the White House document shouldn’t be used as a justification to “hijack” the ASEAN centrality agenda.

In strengthening its long-term position and commitment to the Indo-Pacific, the US must give specific and due recognition to the geographical, geo-security and geopolitical complexity and diversity of the entire region – such that its position can’t be replicated and expanded throughout and beyond the pre-existing military bases and security arrangements without undermining, upsetting and disrupting the regional architecture.

The Western Pacific region or rather the southwestern Pacific is different from the rest of the wider region – with its own perspectives and concerns and vision.

Geo-economic linkages and supply-chains don’t necessarily extend to geopolitical/geo-security alliances, at least for ASEAN as a whole. And even (regular and customary) joint-military exercises don’t necessarily translate into concrete military commitments in the form of a Nato-like alliance.

Towards this end, it’s vital and critical that ASEAN seek to counterbalance and dilute the orientation and outlook of the IPEF as underpinned by the Indo-Pacific Strategy of the Biden administration.

In this case, Malaysia should leave behind the traditional Five Power Defence Agreement (FPDA) that was set against the backdrop of the Cold War and which has been the cornerstone of its multilateral defence and security arrangement. We shouldn’t cede the responsibility and share the burden of geo-security responsibilities to outsiders.

Instead, ASEAN should seriously think of establishing a common ASEAN defence force and thereby forging and fostering military cooperation between member-states. This is where we can pool our defence and military resources together and implement burden-sharing for the common good of the region.

Then we can ensure that our defence priority revolves around our vision and outlook and isn’t built into the US strategic interests and concerns and calculations – with its island chain military strategy (as part of the homeland territorial defence).

In the case of the SCS, it’s critical that we don’t “sleepwalk” or accidentally stumble into the war (however short-lived) since the potential and possibility is very real. All it takes is for the missile controls from either China or an ASEAN claimant state to go awry, for example. And the more militarised the SCS (by both sides), the higher the potential conflict there will be.

ASEAN should, therefore, be concerned that a similar situation like that between Russia and Ukraine doesn’t arise in the SCS.

It can’t be strongly emphasised that conflict in the SCS will have serious implications for the cross-straits relations between China and Taiwan given the geographical and strategic proximity and the fact that the latter too is a claimant country.

The strategic and military situation in SCS definitively impacts the Taiwan Straits.

Therefore, ASEAN’s Code of Conduct (CoC) as its own manifestation of the rules-based order and backed by a common Asean defence arrangement (but without – on its part – militarising the SCS) would be the ideal middle-way/middle ground approach that “interposes” between China’s “aggressive” stance and the US’s “enthusiastic” response.

And be a kind of a third force, albeit natural and local(ised) that strikes a balance between the two superpowers and hence manage the strategic competition between the two.

Such a situation will also provide space for joint-development (JD) as first mooted by Deng Xiaoping. This is to lock in the strategic economic interests of both sides and to make conflict nearly impossible to materialise.

A common ASEAN defence force – whilst far from reality – would introduce a calculus that will make the costs of conflict outweigh the benefits. It’d introduce a new front – both land and sea for China which would cut off its vital supplies on these two modes of communications and thus effectively realise the containment goal.

Be that as it may, the time has truly come for a non-military solution to be explored.

The JD model by China remains a viable and feasible option to pursue both in the medium- and long-term despite the overlapping territorial claims, notwithstanding.

This is a call for the setting up an entity that is separate from ASEAN that will regulate and manage the SCS which will be endowed with executive, legislative and semi-judicial powers.

In effect, national sovereignty in this regard will be “pooled” and “shared” and therefore mediated via the South China Sea coordinating body.

JD between China and the claimant country, including Malaysia, should not be simply dismissed as pure fantasy or a forlorn hope.

But an action plan or roadmap should already be put in place to provide the pre-conditions for the next stage which ideally should the negotiations proper. Towards this end, the ASEAN CoC for the South China Sea should include a Political Declaration – analogous to the Withdrawal Agreement between the UK and the EU.

This should express the commitment and dedication of the claimant countries, including China, to resolve the impasse in the South China Sea by means which include the mechanism of joint-development.

Whilst JD might not in the short- and medium-term resolve the thorny of issue of overlapping claims, perhaps in the long-term it might lead to a situation where an economic, trade and investment union (modelled along the lines of the EU’s Single Market, Customs Union as well as monetary union, e.g., optimal currency area/OCA) might emerge.

The successful template and model could be replicated in other situations in the Indo-Pacific and beyond.

In short, ASEAN’s JD with China will ensure that the pooling of strategic resources and funds will also mean that both the burden and profit are shared, thus making conflict too costly and undesirable.

The governing entity and the framework and model in the SCS would also act as a stabilising force with implications for cross-straits relations between China and Taiwan and perhaps even revive and reconfigure bilateral relations.

As the centre of gravity continues to shift to the Indo-Pacific with special reference to the Western rim or half, it’s critical that the (out)lines of strategic considerations in the form of the lead/leading players are drawn now to leave out any ambiguity – and hence, ASEAN centrality.

On the other hand, we can allow for some ambiguity and flexibility in terms of the rules so long as the underpinning norms (“normative behaviour) are based on clear and unequivocal principles.

This is to allow and leave some space for both China and ASEAN to manoeuvre in recognition that one is a superpower and the other is a middle-power (albeit collective and balancing force).

A unipolar, or even a bipolar, world is no longer feasible and sustainable.

The Indo-Pacific region sans the US must be allowed to chart our own course and determine the direction of our future – without outside interference.

This makes for a multipolar world – so that it’s not a matter of a hegemon re-pivoting to the Indo-Pacific region but re-envisioning its role and place in a changing global/international order and architecture which precludes security protectionism (analogous to economic protectionism) but security cooperation made possible by economic cooperation (without compromising on national security, to be sure). Will more Malaysians fall into the household debt trap?
Previous 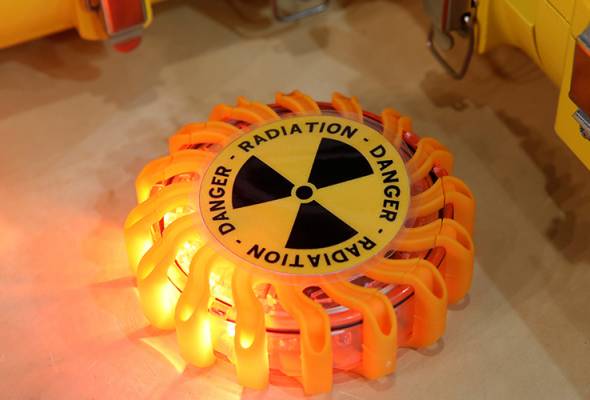 Refixing a stigma - nuclear energy the way to go?
Next