The "vaccine" for the pandemic of poor governance is the Digital Economy designed with 4IR-powered (and soon 5IR-powered) Integrity-tech at its core. In the aftermath of the Covid-19 pandemic, many nations gear towards restoring their economic growth, development and resilience. Therefore, it is of utmost importance to recognise that poor governance (in both the public and private spheres) is antithetical to growth and development.

The cure for the cancer of corruption is ultimately morals and principles, but instilling this will take some time, if ever. In the near term, the “vaccine” for the pandemic of poor governance is the Digital Economy designed with 4IR-powered (and soon 5IR-powered) Integrity-tech at its core. 4IR allows us to put trust into cryptography- and artificial neuron-infused systems rather than individuals or institutions to automate and encode the very foundational blocks of any society, such as justice, accountability and sustainability.

The unique synergy between current frontier 4IR technologies — Artificial Intelligence (AI), distributed ledger technology (DLT) and internet of things (IoT) — enables tracking and tracing everything happening in the physical world and projecting it onto the network in the most trustworthy and persistent manner. Who, what, when, how, where and why at any given point in time can be recorded in the most unbiased way (without human hand) by IoT devices, persisted by blockchain and analysed for most subtle patterns and relationships by AI.

As such, we already can see how the digital economy can assist in eradicating corruption at various levels of our societies.

It is also helpful to visualise the core enablers of corruption in the form of the well-known “formula of corruption” suggested by American economist Robert Klitgaard: Corruption = Monopoly (or/and intermediation) + Discretion – Accountability (figure below).

The figure above also depicts how the 4IR-powered digital economy is a perfect or almost-perfect tool to fight corruption and we will shortly see why.

Introduction of 4IR technologies in all spheres of socio-economic life brings about transparency; protection of ownership rights; disintermediation; inclusion, encoded, automated and enforced rules, principles and criteria; persistence of chronological record; and also detection and prediction of corruption-related links, schemes and relationships. These mechanisms can eliminate monopoly or intermediation and leave very little room for personal human discretion.

The same powerful forces provide a solid basis for accountability (remember the nature of blockchain technology, which securely and transparently records the “who, what, when, how, where and why” and IoT-enabled unbiased data entry).

However, as the last mile (always the hardest), it needs the strong political will to reinforce the construction of the digital economy itself and finally act on the basis for accountability provided by the digital economy to hold the corrupt responsible.

The relationships between the digital economy, political will and corruption can create a virtuous cycle (figure below).

However, the entrenched and widespread corruption in society creates counter forces of the vicious cycle, creating roadblocks to the political will to act on corruption and the sincere desire and commitment to pursue ICT-driven strategies in building up the economy.

When discussing how integrity-tech impacts corruption, most academics and practitioners focus mainly on the e-government concept. E-government is, of course, one crucial aspect of the overall digital economy. However, interestingly, if we plot the E-Government Development Index against the Corruption Perception Index (see figure above), we would not see a very clear and consistent relationship, except for top-performing countries. What does this suggest?

Those countries at the bottom of the graph might be doing the digitalization of the government but not wholeheartedly (lack of political will). Therefore, they might have an E-Government or its elements, but the corruption continues not only in the government but elsewhere in the economy. This interesting empirical observation supports the idea of a virtuous cycle between the digital economy, corruption and political will.

And not surprising, when we analyse the top least corrupt countries according to the Corruption Perception Index, we can notice that what differentiates them from their counterparts is the broader application of the integrity tech in their economies and not just in the government sector.

When studying the top countries on this chart, the following are common elements or building blocks of successfully implemented integrity-tech underlying the Digital Economy.

Unless national security interests or irrelevant personal information are involved, this data rightfully belongs to the public and should be available in real-time and in formats that let experts explore, analyse and reuse it.

Noteworthy, IoT devices would magnify the scope of real-world events and physical objects that can become open data in the most unbiased way.

The concept of crowdsourcing, or a “feedback model” of corruption prevention as mentioned by Sidorenko & Lykov from the University, Moscow, Russia, is the provision of the platform(s) for “rapid receipt of data on abuse of official” by anyone. Effectively, this gives voice to all the stakeholders affected by corruption, therefore promoting the instilling of integrity.

The oversight role is no longer concentrated in oversight agencies, but it is further crowd-sourced through public scrutiny—decentralised,  cryptographically and legally protected.

For example, the use of 4IR tech for 360° public screening and assessment for those who hold power and authority in public and private sectors can be essential for appointments and extension decisions. In addition, the system can house a cryptography-protected voting system where all of those who hold key power and authority positions in various organisations in public and private sectors can be assessed by the subordinates 360°. The platform can also realise a transparent mechanism for accounting for the incomes and estimating officials’ expenses at all levels, which should be made available for public scrutiny (under the concept of open data) and a significant mismatch can trigger an investigation.

Citizens engagement platform (blockchain-based polling) can provide a way to keep corrupt politicians in check and consistently in touch with the realities on the ground and use crowd-sourcing to enable whistleblowing and complaints about corruption.

This refers to using AI-analytics for classification tasks and DLT smart-contract technology to remove intermediation and automate logic or enforce the rules for decision-making that remove human discretion (take out” the human hand”).

For example, in line with this concept, Japan uses the automated open tender system. No human factor is involved in granting the tender offer. If two companies pretend for the same tender offer the computer system will analyse and choose the most reliable one with the best track record.

The IoT can further expand the possibilities of automation. For example, we can imagine monitoring the project completion by drones that can take pictures of the construction site, which becomes the input for AI-powered analytical systems and finally, smart-contract can enforce the “rules”.

4. Detection and prediction of corruption-related links, schemes and relationships

The concept of open data is meaningless without predictive analytics that can turn dispersed pieces of data subsequently into information, intelligence, knowledge and even wisdom, revealing the intricate patterns and relationships. Therefore, juxtaposing and mining the open data from various government entities and even private players is a valuable exercise to spot the corruption risks and pave the way for knowledge discovery regarding understanding such complex social phenomena as corruption. This will take us away from the discussion of the general picture of corruption and focus on analysing specific problems and their concrete solutions.

Most Nordic countries make good use of predictive analytics to spot corruption risks. Also, the Netherlands, for example, uses so-called “route maps” to shed light on the nature of corruption and show how one type of corruption is related to another; help to identify vulnerabilities and identify measures that will have a real impact. South Korea achieves the same objectives through its Bid Rigging Indicator Analysis System (BRIAS) to detect potential cartel activity and bid-rigging. Singapore is experimenting with AI analytics to predict fraudulent activities in tenders and procurement.

The blockchain allows users to collectively project onto the network and persist the true version of what is happening at any given point in time—who, what, when, how, where and why at any given point in time can now be written and persisted over the network—an unprecedented opportunity to hold everyone accountable. In a blockchain system, no asset or event can disappear without a trace. Therefore, blockchain solutions should be considered a foundational standard to enhance other elements such as open data and predictive analytics.

One can imagine how traceability and data persistence can be a powerful tool in fintech, to prevent issues such as 1MDB, money laundering by the underground economy, and many other financial scandals.

These building blocks are essential elements to build the digital economy so that it leaves little room for corruption. However, we must be reminded that we can only automate a process (digitize it) once we streamline it. Otherwise, automation will only amplify the devastating impact of all kinds of bottlenecks, redundancies and other inefficiencies. Therefore, we should first iron out our socio-political system as prosperous nations do. We can, of course, start building fragmented elements of the digital economy. Still, this would be a very superficial digital economy with no soul in it when there is no political will. Worse, it will only empower the corrupt ones.

Dr Rais is President and CEO of EMIR Research, an independent think tank focused on strategic policy recommendations based on rigorous research. 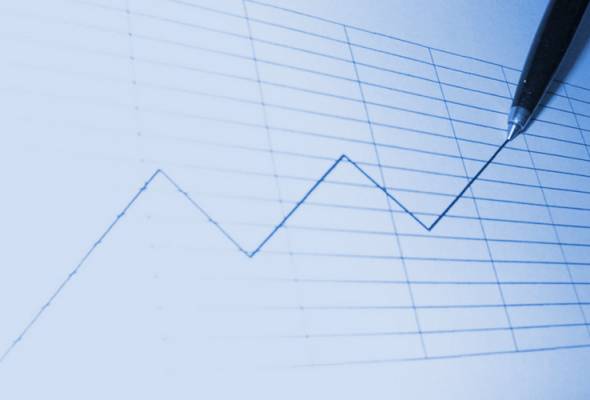