Is the state of Emergency justifiable at the end of the day?

One relates to the public health situation that’s fast deteriorating; the other applies to the current fluid and ever-changing political environment. The Proclamation of Emergency by His Majesty the Yang Di-Pertuan Agong under Article 150 of the Federal Constitution on Jan 12 – in view of the continuing surge of Covid-19 cases that reached a high of 3,309 infections on the day itself so far and which could hit the 8000 per day mark by March, i.e., suggesting an “inflection point” if drastic action wasn’t taken to pre-empt that – has taken some quarters by surprise, particularly His Majesty’s opposition.

The opposition and even some Members of Parliament (MP) aligned to the government have expressed doubts and are sceptical or even cynical about the imposition of a state of emergency which they deem to be completely unnecessary.

Prime Minister Tan Sri Muhyiddin Yassin has good grounds for advising His Majesty to make such a declaration in the first place.

There’s agreement, nonetheless, that the imposition of the movement control order (MCO) is different from that of the Emergency.

One relates to the public health situation that’s fast deteriorating; the other applies to the current fluid and ever-changing political environment, albeit as the “sub-text” which the government is neither legally nor politically obligated to publicly disclose.

Both situations are united by one policy consideration, that namely the MCO can’t effectively operate without some measure of constraint and restraint on the political environment (even if not stated explicitly) – so that the government can then, securely and without distraction, get on with its job of managing and containing the on-going Covid-19 epidemic that could have well reached a breaking point where even tighter and stricter measures reminiscent of Wuhan in the initial stages were imposed by the Chinese authorities.

Down to the specifics: The fact that government didn’t utilise National Security Council Act (Amended 2020) (2016) when it could have done so is precisely because it conceded and thereby continued the reforms of the previous Pakatan Harapan (PH) government to water down that legislation. Recall that even before amendment, Section 18(6) expressly provides for an affirmative resolution of both Houses of Parliament before an area declared as “security area” and gazetted as such can come into effect.

Other than that, Section 18(1) was amended last August – under the auspices of the government no less – to grant the power to declare a security area to the Yang di-Pertuan Agong on the advice of the eight-member National Security Council (NSC) chaired by the Prime Minister. This is, in effect and practice, no different than the circumstances leading to the declaration of Emergency under Article 150 since the composition of the delegation to brief His Majesty is essentially the same as with the NSC – e.g., the Chief Secretary, Inspector-General of Police and Chief of Defence Forces.

Given the current political imbroglio, the government would be hard-pressed to even secure the necessary parliamentary support for what is definitively below a state of emergency under Article 150. The principled withdrawal of support by Umno MP, Ahmad Jazlan (Machang, Kelantan) on Jan 9 and with fellow Umno MP Nazri Aziz (Padang Rengas, Perak) doing the same four days later with more expected to follow suit is a clear indication that support for this particular measure will not be forthcoming.

Furthermore, Umno MP Ahmad Maslan (Pontian, Johor), newly appointed Secretary-General of Barisan Nasional (BN) is gung-ho about wanting to have a general election. And the withdrawal of support by Umno MPs who don’t hold ministerial portfolios is said to be one way to, at least indirectly, force a snap general election to be called.

The calling of a general election in the midst of a third wave which might prematurely bring forward the peak alluded to and therefore make it even more difficult to flatten the epidemiological curve should be contrary to sound politics and public policy.

Even if assuming for argument’s sake that a general election can be reasonably safely held as in the case of, e.g., Singapore only last July where digital campaigning of course predominated and rallies (were held on a very limited basis and strictly indoors with sufficient physical distancing involved so that only a handful of supporters were allowed to attend) were substituted with e-rallies and “Constituency Political Broadcasts” for both Single Member Constituencies (SMCs) and Group Representative Constituencies (GRCs), infection cases there were already close to zero, single digits or at the most low double digit. On the day after polling day itself, i.e., Jul 11, only 24 cases had been reported.

Is our situation comparable to Singapore’s then?

Moving on to the political situation itself, it’s clear that the parliamentary arithmetic doesn’t favour a healthy, let alone a super-majority. To rehearse what’s now a truism, Pakatan Harapan on its own, unfortunately, has at best only 91 MPs instead of the minimum 111 or 112 which means that additional MPs are just “bonusses” to supplement and complement rather than to constitute as such – a very important distinction.

This brings to another point, namely that even if PH succeeds in holding PH Plus together (Warisan, Upko and Pejuang/Independents and others Independents) together with securing the support of some Umno MPs, will the new coalition be stable and therefore last?

The ensuing political instability can only result in a GE being held under such adverse circumstances. Or will PH be then forced to advise His Majesty to declare a state of emergency later on?

So, perhaps it’s a matter of when.

Recall that Umno’s ultimate aim is for the GE15 to be fast-forwarded, come what may. The political reconfiguration and realignment are just one of the means to achieve that. Umno is supremely confident that it can regain its former glory. While like PH, Umno cannot secure enough seats to govern on its own, BN is still intact and its alliance with Pas should enable its return to power on a firm footing.

According to Umno President, Zahid Hamidi, at least 143 out of 191 divisions have voted to cut off ties with Bersatu, the anchor party of the Perikatan Nasional (PN) government. There’s tremendous pressure by Umno grassroots for the party to go its own way outsider of the current informal and loose arrangement with PN.

It’s clear by now that an MCO, therefore, is only a necessary but insufficient condition for the government to effectively manage the Covid-19 and that a state of emergency to put a brake on the politicking that’s determined go on regardless of the actual situation.

The real-world question, therefore, it’s not political but policy-wise, particularly in terms of the economic impact on livelihoods.

And it’s the MCO (at least in theory) rather than the Emergency that impacts on the economy. Economist Prof Dr Geoffrey Williams made the same point on BFM’s Morning Brief (Jan 14). With the government stabilising the political crisis, Malaysia would even be better poised to be an attractive destination for greater foreign direct investment (FDI).

It may not be the fault of politicians to pursue their respectively agendas which they sincerely believe is in the national or rakyat’s interests. But it’s also not the fault of this government to impose not only the MCO but the Emergency as the only viable backup and backstop to ensure effective compliance to the MCO so that things don’t get out of hand and hence as the only preventative measure under the best of available options – and business as usual (BAU) isn’t an option. 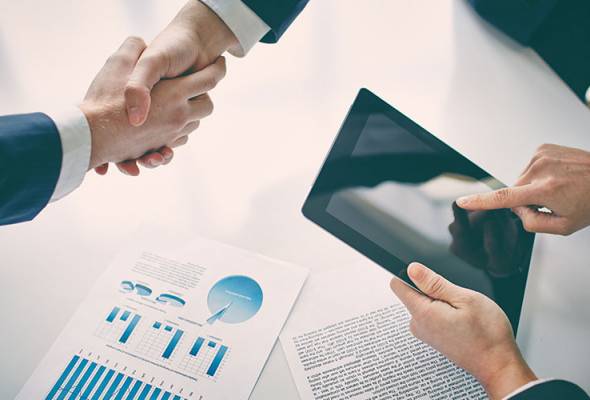 Helping smaller businesses and micros to go cashless
Next