Najib Razak is just the symptom, problem is bigger

It is time that all the tentacles of UMNO that continue to seek the rent and profit of Putrajaya and various states are decapitated. 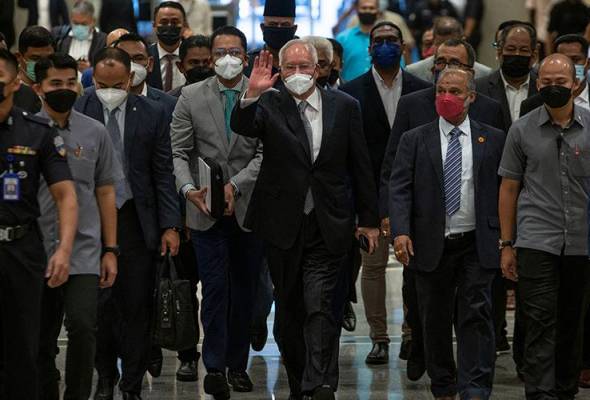 The word “terminal” is translated into the Malay language in the same spelling. Yet the meaning, when used loosely in the Malay language, can lead to vastly different meanings. As and when a place, where all modes of transport berth and park, is rendered into a mere station.  Where buses, trains and planes come and go.

When the ex-Prime Minister of Malaysia Datuk Seri Najib Razak is pronounced guilty in the High court, Court of Appeal and the Federal Court, as guilty of abuse of power, criminal breach of trust (CBT) and money laundering to the tune of RM 42 million on August 23 2022, those who had the temerity to gather in a special assembly of the United Malays National Organization (UMNO) does not understand that in calling for the release of a criminal who has been given a fair trial for more than four years, they are ushering in the terminal decline, ultimately, the complete destruction of Malaysia. Why and how?

First and foremost, terminal in the English language does not mean a mere stop. It can be the latter, but when affixed to the word “decline” or “disease”, it suggests something that is incurable.

Thus, when more than 3,000 heads and deputy leaders, for that matter, the common members of all UMNO gather in the (Putra) World Trade Center, demanding the release, potentially, the Royal Pardon, of Najib, they are violating the fundamental principle originally laid down, invariably preserved by all the previous messengers of God, especially Prophet Muhammad (peace be upon him): that thou shalt not steal.

Secondly, when the leadership of UMNO, such as Datuk Seri Zahid Hamidi, led the rat pack of all UMNO members to root for Najib, one must further remember that he himself has 87 counts of corruption, criminal breach of trust, of that will soon be in running as soon as the first verdict of him being guilty or innocent, is trying to defend his seeming influence, when all signs do point to the somber outcome of a verdict expected to be not unlike that of Najib.

That a serious criminal breach of trust verging on enriching oneself with money and wealth gained from corrupted means is not at all condoned in any measure or degree. All  Malaysians must uphold the sacred rule of law. Steal not. In fact, do not pilfer from others. Indeed, as the Quran itself has made it categorically clear: Take not from the orphans.

Thirdly, it boggles the mind why must the release of Datuk Seri Najib be at the top of the issue in the special UMNO assembly, indeed, hand-in-hand, with one of the things with which His Majesty the King must do. One is the judiciary that ensures the rule of laws so that petty and egregious discretion of any private and public individuals must not be tolerated. The other is the sanctity of the monarchy. While one of the prime duties of the Monarchy is to protect the integrity of Islam, as the official religion of the Federation of Malaysia, there is nowhere in the Federal Constitution that obliges His Majesty the King to forgive Datuk Seri Najib Razak.

By asking His Majesty the King to do so almost immediately in the interest of Datuk Seri Najib Razak ignores the plain fact that the latter has four more major cases of the lying in wait against Najib Razak. Is His Majesty the King and His future successor compelled to pardon Dato Seri Najib Razak again and again? UMNO would make a mockery of the parliamentary system of Constitutional Monarchy with which Malaysia has been upheld since August 31st 1957.

Should the next General Election in Malaysia throw out an electoral outcome to permit UMNO to nominate someone from their political party to be the 10th Prime Minister of Malaysia, what should the King in tandem with the new Prime Minister do? After all, the route to a royal pardon must first go through the nomination of the Prime Minister, invariably, based on a justified cause too.

Najib has none. If he had, the High Court judge would not have ruled against him, followed by another three judges of the Court of Appeal, followed ultimately by five more esteemed judges of the Apex or Federal Court. That produces the unanimous consensus of 9 versus 0. The truth is enough is enough.

Since the early 2000s, if not earlier, Malaysia has been in a terminal decline in its efforts to eradicate corruption. What the UMNO Assembly stands for is nothing but the indictment of the very culture and cult of corruption that the predecessors of Najib Razak have ushered in, only to witness the gangrenous and systemic problem of corruption becoming worse and worse —so much so there is a cartel of corruption all across the Federal and State Administrations.

Recall the statistics presented by EMIR Research in its earlier writings (see Figure 1) and note that structural break happening mainly around the early 2000s.

Granted that Malaysia will be celebrating the Independence day of Malaysia on August 31, and once again on September 16, to mark the inclusion of Sabah and Sarawak, two states in Borneo that have been left in a decrepit and dilapidated condition — once again due to endemic corruption — it is time that all the tentacles of UMNO that continue to want to seek the rent and profits of Putrajaya, and various states be decapitated once and for all.

More importantly, all Malaysians must renounce and denounce the measures called forth by the special UMNO special assembly, which are not only a blight against the ethnic integrity of the Malays but Islam and the very nationhood that makes up a healthy and wealthy Malaysia. Barring the collective effort to repudiate these nefarious schemes and dejected mental conditions, the  Malaysian Dream of one rule of law for all will degenerate into a nightmarish scenario of what the world has witnessed to which Malaysians are not oblivious too: the fate of Sri Lanka. Sheer debauchery and anarchy.

It does help, as and when such measures are undertaken as soon as possible. The Malaysian Anti Corruption Agency (MACC) does have a branch that seeks to advise all civil servants from putting their hands into the proverbial cookie jar of the government without proper protocols and open tenders.

The choice has never been starker. In this sense, the impending General Election is not merely about containing the rise in the prices of food, fuel, fertilizer and animal feed but the fodder fed over and again by UMNOputeras and puteris that they deserve special treatment even when their decrepit political leaders have failed them, their nation, and Islam, in a total and completely abominable manner.

If anything else, Malaysians of all stripes and colours should be questioning the numbers that the authorities are spewing out. Such as the consumers inflation rate being at 4.4 per cent. How is that possible when we import most of our food? Our total food net import bill is at a grotesque RM 60 billion or more. With the ringgit weakening since the revelation of the fraud of 1MDB in 2015, the Malaysian Ringgit has never gone up against the US dollar. Never. Thus, Malaysia is going through a triple whammy. One, we are importing inflation at speed and scale higher than what the authorities have cared to admit. Two, with the ringgit weakening since 2015, where the unit of international trade is denominated in the US Dollar, our food import bills will continue to go higher, not lower. Three, granted that the Malaysian climate is now extremely unpredictable, no farmers and fishermen dare to increase their farming or fishing activities at all.

On top of the above, 25 per cent of our fresh male university graduates are unemployable. What’s more, the wages of both male and female graduates, when adjusted for annualized inflation, have been stagnant since 1990.

That is one generation completely gone. When compounded with the polemics of the fallacious worship of one man —- whose followers called him Boss-Ku, never mind the removal of “Malu” (shame) just late last year when things were not looking up for Najib nor UMNO — the theatrics and crocodile tears of the Deputy President of UMNO of the fate of Najib who knows the latter want to spring himself out first, what makes for total drama in UMNO can undoubtedly cause a systemic collapse of the whole country. The international credit rating agencies are watching the antics of UMNO writ large with absolute scrutiny.

As and when the run up to the GE 15 shows that UMNO’s fanciful idea to return to power is perceptibly real, a mere single alphabet downgrade of the country’s financial instruments will produce a calamitous outcome worse than what the country may have seen in Sri Lanka or Venezuela. 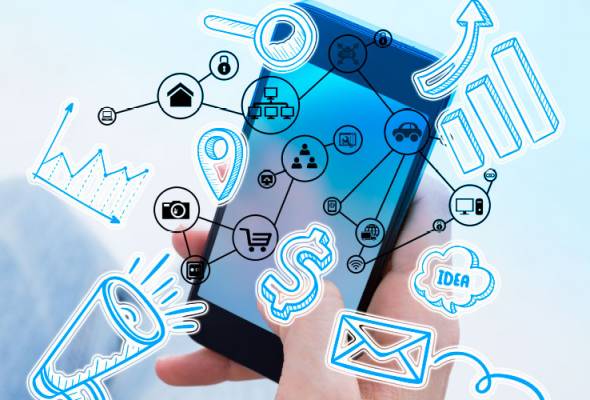 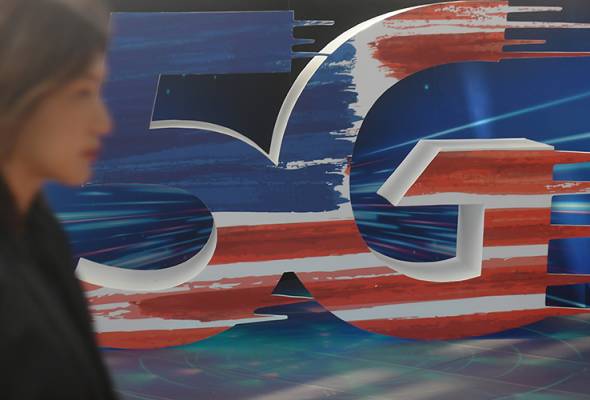