National unity and fulfilling the aspirations of East Malaysia

We are still a nation divided along regional lines, especially pertinent in light of Malaysia Day.

In what’s a breakthrough in our state of politics and progress in national reconciliation, both the government of the day and the main opposition have agreed on a consensus and concord as embodied by the Memorandum of Understanding on Transformation and Political Stability (MOU-TPS).

Whether this will effectively be a prelude to Malaysia’s first ever federal-level confidence and supply agreement (CSA) as envisioned by prominent political scientist Dr Wong Chin Huat (known for his insights into our parliamentary system, among others) in the future is yet to be seen.

Dato’ Seri Anwar Ibrahim and YB Lim Guan Eng have insisted and clarified that the bi-partisan deal isn’t a CSA as such since Pakatan Harapan reserves the right to withdraw in the event of non-fulfilment.

This bodes well not only for political stability but also paves the way for greater consensus on the future state of our politics – with specific reference to the toxic mix of ethnic and religious rhetoric and politicking that have so scarred the psyche of our nation.

It’s notable that it takes place on the “eve” of Malaysia Day which is our other national day.

In conjunction with Malaysia Day, it’s timely that we reflect once again on the state of our nation in terms of national unity.

There needs to be a paradigm shift in Malaysian politics so that the politicisation of race and religion that inevitably breeds a situation of “othering”, i.e., the objectification and stereotyping of ethnic and religious minorities, thus creating mistrust and a “gap” in inter-ethnic relations that’s a hindrance to genuine national unity, can eventually diminish and severely weakened.

As renowned sociologist and anthropologist Professor Dr Shamsul Amri Baharuddin noted with his characteristic precision in a recent forum, there are three main categories which could be applied to the state of our nation, namely unity (perpaduan), cohesion (kesepaduan) and reconciliation (penyatupaduan).

While we are strong in our social cohesion (kesepaduan), at least externally, we are weaker still in our national unity (perpaduan).

Nonetheless, social cohesion is a critical foundation to build upon as an instrument to build community resiliency (daya tahan masyarakat) in e.g., the fight against extremism and terrorism.

In the same forum organised by the Southeast Asia Regional Centre for Counter-Terrorism (SEARCCT), Eddin Khoo (son of eminent historian and academician, the late Professor Dr Khoo Kay Kim) argued convincingly that the ideologisation of religion is a parallel process in what could be described also a form of “cross-contamination” from all sides.

The extremism on one side serves only to harden and reinforce the position of the other and vice-versa.

National unity isn’t confined to race and religion, to be sure.

We are still a nation divided along regional lines, especially pertinent in light of Malaysia Day.

Even as Bumiputeras, indigenous Sabahans and Sarawakians continue to lag behind their Peninsular counterparts in all areas of economic and socio-economic development.

Hardcore poverty for Sabah is estimated to be at a staggering 25.4%.

At the top level, steady progress has been made on the administrative and jurisdictional issues by the Special Council on the Malaysia Agreement (1963) on the following:

Nonetheless, there still needs to be a “New Deal” for East Malaysia (which essentially joined Malaysia in 1963 as equals to the Peninsular – let us never forget that) that concretely impacts the lives and livelihoods of Sabahans and Sarawakians.

A “New Deal” should include accelerating the Borneonisation of the civil service as the backbone of the state government’s political and economic strategies.

Politically, Borneonisation would enhance the autonomy of these two states and allow for the Malaysia Agreement (1963) as the legally binding document that sealed the formation of Malaysia to be properly honoured and respected as well as given full expression. By extension, the state and shared lists under our Federal Constitution would also be equally upheld and fulfilled in their intention.

Respect for the unique status accorded to Sabah and Sarawak (as the other “lung”) within our Federation is vital and indeed integral to our national development and nation-building process.

Economically, Borneonisation can be part of the states’ employment and human capital development strategy – where more locals can be groomed and trained for the bureaucracy across the board whether services or skills.

Subsequently in the next phase, as part of the corporatisation and privatisation plans, some of the state bureaucracy can be transferred to the private sector with opportunities for further training, upskilling, reskilling and cross-skilling together.

The rest of the multiplier and spill-over effect can be seen in the opportunities to be  independent contractors and consultants alongside recruitment of young Sabahans and Sarawakians for semi-skilled, skilled and highly-skilled jobs under state government-linked companies (SGLCs) and other private companies in, e.g., green and renewable technologies, shipping and logistics, mid- and down-stream oil & gas activities, smart agriculture, etc.

And with a Jobs Guarantee (JG) scheme in place, this will stem the outflow of young Sabahans and Sarawakians to the Peninsular and the brain drain. Similarly, the JG will allow for the transition from the public to the private sector in due course – complemented and facilitated by investment and fiscal incentives.

If need be, consideration should given to exploring devolution (i.e. further decentralisation) of federal powers, i.e., beyond the current provisions of the Federal Constitution, to Sabah and Sarawak. Perhaps the Special Council on the Malaysia Agreement (1963) should look into this issue.

In the case of the UK, devolution happened in order to redress and address the historically over-centralisation of powers in Westminster set within a unitary framework of government. Scotland now enjoys “devomax”, i.e., maximum devolution. To be sure, it’s a political settlement which could still be constitutionally revoked in theory.

In our case, (a constitutionally entrenched as in enshrined) devolution could be justified on the basis of being a dynamic development of the Malaysia Agreement (1963).

According to another well-known political scientist and commentator, Dr James Chin, “[w]hat the Sabah and Sarawak people want, at the very least, is a constitutional amendment to recognise the special autonomy of both states”.

Devomax would seem to be one way of enabling a “special position” of East Malaysia to be given express constitutional recognition.

Sabah and Sarawak would take back full and complete control of territorial waters under their respective Economic Exclusive Zones (EEZs) which is currently inhibited by the Territorial Sea Act (2012) – with economic implications.

It can potentially be a way forward to further addressing and resolving the contentious issue of oil and gas royalty.

Not least, devomax could catalyse the process of de-centralisation to Sabah and Sarawak.

And Sabah and Sarawak can better preserve their way of life in inter-ethnic and inter-religious relations that’s a role model for the Peninsular – instead of the latter trying to impose on the former under the guise of integration.

Looking forward, as highlighted by former Member of Parliament for Sungai Benut YB Tawfik Ismail (eldest son of the late Tun Dr Ismail Abdul Rahman, Malaysia’s second Deputy Prime Minister), East Malaysia could well be the future growth region in the future – so that the next time, the outflow of young Malaysians will be reversed instead. The planned shift of the Indonesian capital to East Kalimantan will provide further impetus.

As it is, with the current fragmented and reconfigured political scenario, the issue and agenda of East Malaysia will continue to be at the forefront.

At the end of the day, national unity and the aspirations of East Malaysia can’t be separated.

For if we are to be united as one people, the aspirations and yearnings of our fellow Malaysians in Sabah and Sarawak must be respected and fulfilled.

National unity goes beyond the need to end the popular practice of separating partisan politics and national ideology as is the case in the Peninsular.

It has to be all-inclusive and recognising that our inter-dependence extends to East Malaysia, i.e., ethnically and regionally also.

By inter-dependence, it’s meant in an all-encompassing term – from the embrace of our national identity to indigenous knowledge (IK) as a critical and rich source of the nation’s wealth and to political and economic contributions.

Let us, therefore, on Malaysia Day, truly appreciate, recognise and honour the place of East Malaysia in our national life and existence. 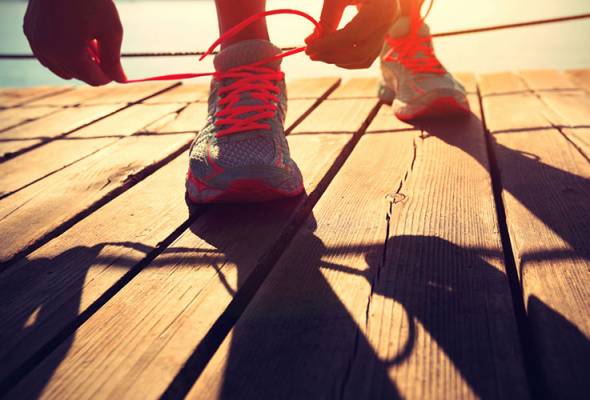 Budget 2022 considerations for the National Immunisation Programme
Next