It is ok to have some negative growth however deep the contraction is, as long as you are triumphant in the mother of all battles, which is the...

Despite the gloom and doom that was exacerbated by the recent announcement of the worst economic performance of Malaysia since 1998 during the second quarter of this year (2Q20) which showed a deep contraction of 17.1 per cent GDP growth — exceeding Singapore’s contraction of 13.2 per cent which is also its worst performance — it’s not the end of the world yet for both countries especially Malaysia, because all it means though we are not out of the woods yet, the worst seems to be over.

Fitch Solutions Country Risk and Industry Research, a unit of international ratings agency Fitch Solutions expects economic activity in Malaysia to pick up again over the second half of 2020 (H220) — a 6-month period spanning the third and fourth quarters — in line with the relaxing of MCO measures that are expected to be further eased over the coming months, barring a recurrence of the worst Covid-19 infections.

“Similar to other Asian economies such as Singapore, we believe that the worst has passed for Malaysia in terms of the recession and in the absence of a second wave of Covid-19 infections, a recovery, albeit slow and fragile, is set to commence in H220,” the research unit stated in an August 14 report, on the same day our 2Q20 report was released by Bank Negara.

In simple term, it means the bottom (trough) has been reached. Whenever a trough has been reached, under the economic theorising of ceteris paribus (everything else remain constant), the GDP growth curve will have nowhere else to go but upwards, denoting the worst is over.

But of course, in real life ceteris is not always paribus and in this case, the occurrence of a second wave of the virus attack will throw a spanner in the works of the government for a speedy economic recovery in the form of a V-shaped recovery.

Thus, the responsibility of ensuring a speedy economic recovery does not lie on the shoulder of the government alone, as the second wave will definitely occur if the SOPs devised by the government during the recovery movement control order (RMCO) are wilfully and trigger-happily flouted by the rakyat.

But let us for the moment assume the second wave does not materialise. Any sane person will know that the 2Q20 result which consists of the months of April, May and June ought to be relatively bad, despite the best efforts of the government in the recovery of the economy.

How can one expect a scenario of a contraction of 1 to 5 per cent or for that matter a contraction of 5 to 7 per cent when there was a total lockdown of the economy from March 18 and partially lifted only on May 4 when the Conditional MCO was implemented?

And even under the CMCO, although the economy was partially opened, people were still afraid to venture out because of the fear the coronavirus might just be lurking around the corner near them.

When the turning point of implementing the recovery MCO was started on June 6 with more opening of the economy, in the beginning people were still reluctant to spend, this time because of the fear of more bad time to come and instead started to save for rainy days, leading to the paradox of thrift in economics.

This paradox in turn, could lead to a liquidity trap in which the monies that the government were putting in the pockets of the rakyat were not spend, thus driving down consumption spending, which is one driver of economic growth.

And this is borne out by the Department of Statistics (DOSM) when the compilation of GDP for the first time is further improved in 2Q20 with the introduction of the additional estimation of monthly GDP in measuring the current economic performance.

This is very innovative similar to Singapore introducing a flash estimate all this while on its quarterly GDP by announcing it much earlier based on the estimated first two months of each quarter.

In the case of Malaysia, based on these monthly estimates, the sharp decline in the economy was observed in April 2020 with a contraction of 28.6 per cent of the GDP, while in May it contracted to 19.5 per cent, and a further improvement in June with a small contraction of 3.2 per cent.

Furthermore, the slower contraction in June was observed in all sectors with the exception of the manufacturing and agriculture sectors which posted a positive growth of 4.5 per cent and 11 per cent respectively. Other sectors posted a slower contraction –— construction, -12.7 per cent; mining & quarrying, -16.4 per cent; and services, -6.0 per cent.

This observation is supported by the June data on unemployment (4.9 per cent as compared to May’s 5.3 per cent); exports bouncing back (an increase of 8.8 per cent to RM82.9 billion in June from May’s decline of 25.5 per cent); trade surplus widened by 98.7 per cent to RM20.9 billion in June (the largest ever recorded compared to the previous largest trade surplus in October 2019 with a value of RM17.3 billion); and manufacturing Purchasing Managers Index (PMI) of 50.0 for July, beating estimates of analysts at 49.0.

It remains to be seen whether the latest standalone figure for July’s actual unemployment data, July’s actual exports figure; July’s actual trade surplus, and August actual PMI figure (all to be released by September) will be on an increasing trajectory.

There will always be a lagged effect between projected and actual figures because of the need for data collection and analysis but what’s more important is not to make a hue and cry over quarterly figure, rather it is the annual figure that matters.

On this basis, Fitch Solutions forecasts the Malaysian economy to grow at -4.5 per cent for 2020, and a positive 6.3 per cent for 2021. But remember these are projections and the actual figures could be less, more or the same as the projected ones, and we will know the actual annual figure for 2020 only in February next year.

It’s analogous to a war tactic and strategy –— it’s ok to lose some battles as long as you win the war by winning the mother of all battles. This means it is ok to have some negative quarterly GDP growth (the battles) however deep the contraction is, as long as you are triumphant in the mother of all battles, which is the annual, actual GDP figure.

The rest, as they say, are collateral damage that comes with the war on the Covid-19 pandemic.

In the beginning of my article I seemed to imply Malaysia is in a relatively better position than Singapore when I said “especially Malaysia,” although its 2Q20 GDP is worse than the republic. This is because Singapore has already experienced a technical recession defined as two consecutive negative quarterly growths while Malaysia has not.

But don’t underestimate Singapore because there were many times in the past when analysts seemed to have written off the island-city economically during global financial crises, yet it rebounded with a new vigour, confounding them.

The road to hell is paved with good intentions: Reasons why UAE has erred badly
Previous 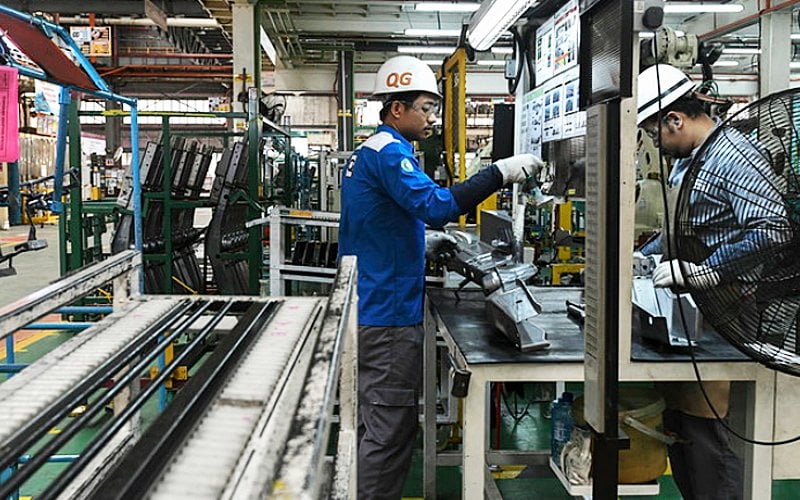