PAS—Riding identity politics of race and religion with “alternative truth”

This is not the first time PAS is trying to test the manipulability of its captive audience. In Bon Odori, they already tried to use the “religion” trump... Identity-politics-ridden statement by the PAS president, Tan Sri Dato’ Seri Haji Abdul Hadi Awang, blaming Malaysia’s rampant corruption wounds mainly on non-Muslims and non-Bumiputera, brought him under investigation for incitement and abuse of network facilities under Section 505(C) of the Penal Code and Section 233 of the Communications and Multimedia Act 1998 and rightfully caused one of the broadest resonance not only among other political leaders and industry leaders but the general public. Reportedly, 28 police reports were filed against the offender of social cohesion and unity.

This forceful reaction in itself should be seen as a very positive development for Malaysia because identity politics should be made to have no future in Malaysia’s socio-economic-political life as incompatible with the national prosperity.

When there is an attempt to “test” whether a social complex system can be manipulated using religion or other forms of identity, it is always important to observe how the system reacts — will it take the bait, or will it “increase the degree of uncertainty” to the manipulators.

This is not the first time PAS is trying to test the manipulability of its captive audience. In Bon Odori, they already tried to use the “religion” trump card – an artificially created issue that Malaysians handled well by demonstrating their conceptual power and unity.

Now came the time to press the ethnicity button.

It is unclear whether Dato Seri Haji have managed to date to produce the empirical evidence to support his highly provocative statement. However, in an attempt to defend Dato Seri Haji’s explosive remark, PAS central committee member Mohd Zuhdi Marzuki referred to the empirical work by two researchers from the University Sains Malaysia, Christine Siew-Pyng Chong and Suresh Narayanan, titled “The Size and Costs of Bribes in Malaysia: An Analysis Based on Convicted Bribe Givers” and published in Asian Economics Papers journal in 2017.

For this reason, the study mentioned above deserves justice.

The study used a dataset from the Malaysian Anti-Corruption Commission (MACC) database, which comprised 449 offenders—bribe givers convicted over five years, from 2010 to 2014 (the early period of Dato Seri Najib’s administration). This was the MACC database, formerly known as the Name-and-Shame online database, created in line with one of the goals under Dato Seri Najib’s “Government Transformation Program” of creating “the region’s most detailed database of corrupt offenders” (p. 8).

In academic writing, as a part of the research problem statement, the researchers will always state what will happen if the problem is not given attention—that’s where the study’s significance emanates from.

Therefore, already at that time, the authors, in their attempt to draw urgent public attention to the worrying state of corruption in Malaysia, warned that, despite the visible attempts to strengthen Malaysia’s resilience to corruption, such as the creation of MACC by Badawi’s administration to replace the Anti-Corruption Agency and placing the fight on corruption as one of the National Key Results Areas in Dato Seri Najib’s Government Transformation Program, the public perception was that corruption in Malaysia has instead increased, as transpired in Tl-M 2014 Malaysia Corruption Barometer results. At that time, the authors and the public could not imagine the deplorable state of the nation we would reach.

Nevertheless, the main research question for Christine and Suresh was to identify the factors likely to influence the size of bribes which, as the authors rightfully noted, has a direct correlation with the negative impact on the nation (in the form of a greater waste of corporate resources, lost government revenues or greater misallocation of economic resources).

Importantly, in the highest standards of academic writing, the authors also clearly stated the study’s limitations related to the dataset’s specifics and warned that any findings drawn from this dataset cannot be and should not be used to make any inferences to the entire population of Malaysia.

The reason for the above is this data sample was not drawn randomly from Malaysia’s population. Therefore, there could be some systematic (non-random) processes involved in making some kind of individuals more likely to be included in / excluded from it — inherent selection bias. Specifically, the data set did not include several groups: those who did not engage in bribery, those who did but were not caught, and those who did and were caught but were not convicted. All of this makes the generalisation of findings to the Malaysian population impossible.

However, the dataset served the research objective of the scientists to test their hypothesis and still make a meaningful contribution to the body of scientific knowledge on corruption which the scientific community knows how to interpret correctly and build on.

And what patterns did the authors discover in the dataset?

The distribution of sociodemographic characteristics in the dataset revealed that the sample was dominated by males (94%), non-Malays (88%), those aged between 30 and 49 years old (65%), employed (94%) from Peninsular Malaysia (78%) and the bribes were mainly given to officials in federal and state authorities (91%).

In their identity-politics-laden rhetoric, PAS leaders conveniently cherry-picked 88% of bribe givers being non-Malays while omitting the fact that in the same dataset, 94% of bribe takers were mainly Malays as those employed in federal and state authorities.

But, most notably, the PAS politicians have entirely ignored the researchers’ explicit reminder that these figures cannot be generalised to the population of Malaysia and, at best, are merely suggestive.

Nevertheless, the interplay between the ethnic identities of the bribe-givers and bribe-takers in this dataset is rather interesting when the strong reciprocal link between identity-politics and corruption through the dynamics of “in-group” versus “out-group” relationships is well-supported by the theory and empirical data (see EMIR Research earlier publication “Identity politics and corruption: Twin evils”).

However, we must, again and again, remember the dataset limitations, and this should prompt other researchers to re-test this link between corruption and identity in a nation-representative sample.

Interestingly, the researchers also observed that a larger proportion of bribes (68%) in the dataset did not exceed RM1,000, with most cases (51%) involving sums below RM400.

This fact brings us back to the inherent selection bias issue highlighted above. After all, the so-called “Name-and-Shame” online database by MACC, which came into existence under Najib’s Government Transformation Program, might merely play the role of political optics when the petty corruption cases have been publicly shamed while bigger fishes, we now know, have been extracting national resources like they no longer sense “rasa malu”.

Furthermore, keeping the limitations of the dataset in mind, the researchers reported many other findings that deserve attention.

For example, to compute some of the variables (expected value of the fine, expected value of days of imprisonment) that authors hypothesised as having an impact on the amount of bribe given, the calculation of the approximate value for the probability of being convicted for bribery was required. For this, the researchers obtained the data on the number of offenders reported for each offence type from the Annual reports of various government departments and the media reports where official statistics were unavailable.

And what the researchers observed is the probability of being convicted appears to be extremely low for most offences listed under the various acts.

At the same time, the authors re-emphasise that “studies elsewhere suggest that the best deterrents to crime are effective enforcement that raises the probability of being caught, swift prosecution, and penalties that bear a strict correspondence to the sum of bribes offered” (p. 81).

Furthermore, in testing their main hypotheses, the authors of the study, interestingly, found evidence that the expected amount of the fine for bribe giving, contrary to expectation, had a positive and significant association with the amount of money offered as a bribe. On the other hand, the expected number of days in imprisonment showed the desired deterring effect on the amount given as a bribe.

PAS never cease to amaze all with their abilities to stretch the facts with “alternative truth” when the truth of the research with the relevant caveats or limitation of the study was well defined by the researchers. Prophet Muhammad SAAS said “verily every action depends on intention.” (Sahih Bukhari). PAS, being the best merchant traders of Islam, certainly manifests sinister intention of accentuating the identity politics of race and religion, that is clearly anathema to the pristine teachings of Islam. 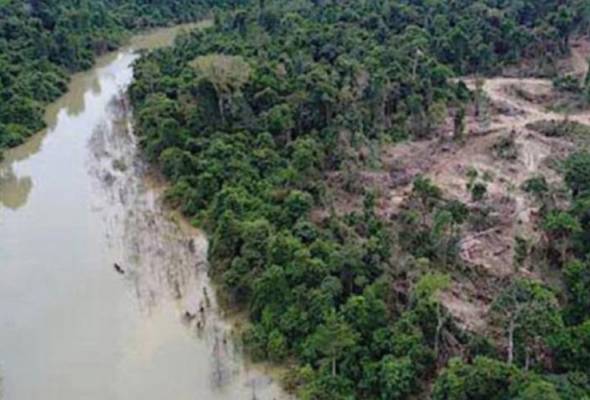