Political environment muddied with so many coalitions

Ultimately, both coalitions are currently unstable and face existential challenges that limit their viability as governing entities. 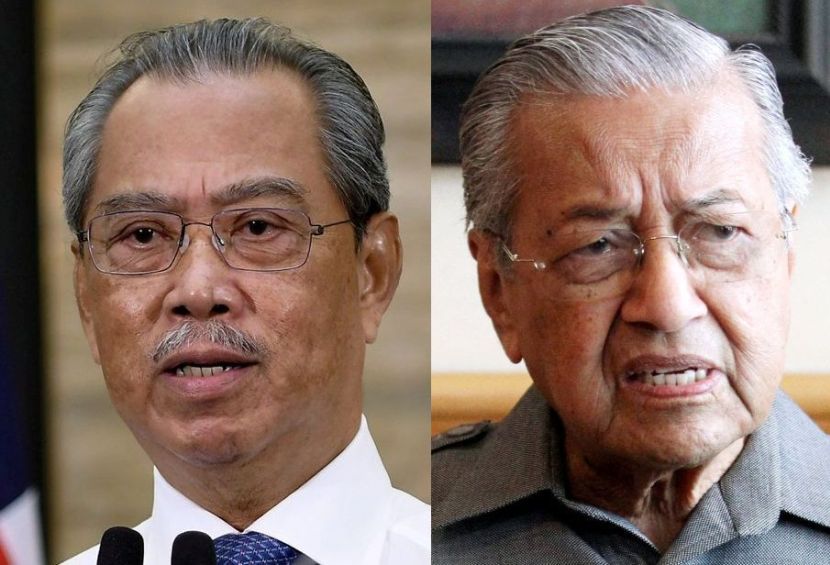 Published by Malay Mail, The Sun Daily & Daily Express, image from The Star.

Unlike the economic environment in Malaysia which despite the Covid-19 pandemic is getting better by the day, with the latest positive news released on August 7 by the Department of Statistics on the unemployment rate going down to 4.9 per cent in June from May’s 5.3 per cent, the political environment is not so clear cut, and getting murkier by the day.

In 2008, when the then Pakatan Rakyat (PR) coalition comprising Parti Keadilan Rakyat (PKR), Democratic Action Party (DAP) and Parti Islam Se-Malaysia (PAS) captured the imagination of the rakyat by depriving the ruling coalition Barisan National (BN) of its longstanding two-thirds majority, in addition to winning five key states during the Twelfth General Election (GE12), it looked like Malaysia was heading towards a de facto two-coalition system with PR in the ascendancy by chipping away the majority gained by BN all these years.

Despite still losing the election, Malaysia was seen as moving towards the cusp of an Opposition victory when PR repeated its feat in GE13 by again depriving BN of its two-thirds majority and gaining a significantly higher proportion of the popular vote.

In GE14, although the permutations changed when PR became Pakatan Harapan (PH) with PAS out of the coalition, and two new parties coming in — Parti Pribumi Bersatu Malaysia (PPBM) and Parti Amanah Negara (Amanah) — the two-coalition system still remains intact.

In that watershed election, for the first time in 60 years, BN’s rule was brought to a dramatic end.

But PH’s rule was also brought to a dramatic end after reigning for only 21 months with the resignation of then Prime Minister Tun Mahathir Mohamed, and Tan Sri Muhyiddin Yassin bringing out PPBM from the PH coalition.

In the political crisis that ensued, a new coalition emerged — the Perikatan Nasional (PN) that was created between individual Members of Parliament from 12 political parties in Peninsular Malaysia and East Malaysia — which has now become the governing coalition led by Muhyiddin as the Prime Minister.

It was only on May 17 that the leaders and chairpersons of BN, PPBM, PAS, GPS, PBS, and STAR officially announced a memorandum of understanding formalising PN.

On August 10, the New Straits Times reported that PN has finally submitted its application to become a legal entity to the Registrar of Societies (ROS). There was however, no mention of which parties are its coalition members.

In the meantime, PAS information chief Mohd Shahir Abu Hassan was reported to have said two letters stating that PAS has agreed to be part of PN as a coalition once it is registered under the ROS are fake.

The letter, which was circulated on social media with the party letterhead, allegedly stated that PAS president Datuk Seri Abdul Hadi Awang had agreed for PAS to be part of PN when it is registered legally under the ROS.

Umno, which is part of BN, has a political pact with PAS in the form of Muafakat Nasional (MN). The other three component parties of BN — MCA, MIC and PBRS — are not members of MN. And MN as a political pact or coalition is not even registered although the pact had been formalised by both Umno and PAS.

Hence, the fake letters were likely written to drive a wedge between PAS and its MN ally, Umno.

On PH side, there are two sub-coalitions. The original PH has been reduced to three parties — PKR, DAP and Amanah. Then there was talk of a PH plus coalition comprising PH, Warisan led by Sabah’s caretaker Chief Minister, Datuk Shafie Apdal and the PPBM Blackout faction led by Mahathir.

Disagreement over who should be the PM candidate of PH Plus led to its demise especially when Mahathir is bent on setting up a new Malay-based party which was announced last Friday (August 7). Whether he will bring his new party to the fold of PH remains to be seen.

PH’s collapse leaves both sides of Malaysia’s de facto two-coalition system in a precarious position. What is left of PH may no longer be electorally viable. Meanwhile, the PN government, on the other hand, faces fundamental legitimacy challenges and will struggle to maintain unity, both of which undermine its ability to govern.

Ultimately, both coalitions are currently unstable and face existential challenges that limit their viability as governing entities. This suggests a period of ongoing political instability and stalled progress on addressing the country’s deeper economic and social issues, which the Covid-19 crisis exacerbates.

Whatever good that has been done by the government in fighting Covid-19 and the recovery of the economy under the RMCO might just be unravelled through this political instability brought about by so many coalitions that has caused a blurring of the two-coalition system.

SOP negligence has begun to show its impact
Next