The government should ensure the crisis will not continue to threaten the National Zoo. 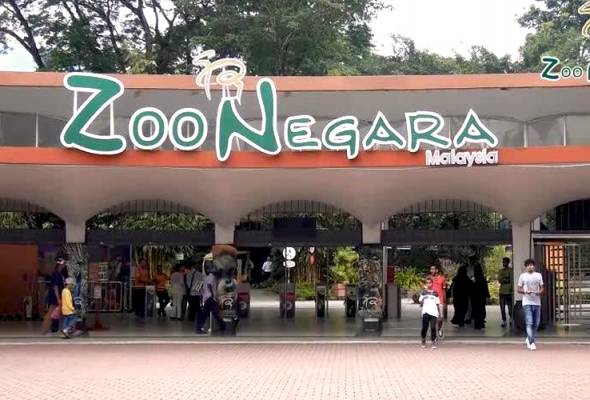 Since the National Zoo is currently not in a good financial position due to the government’s decision to stop giving them funding, it is the right time for a strategic public-private partnership (PPP) that will not only save the National Zoo but place it on a more sustainable footing moving forward.

Shamsul Anuar Nasarah, Minister of Energy and Natural Resources was reported as saying the Zoo and permanent exhibit operators should not continue to rely on Putrajaya to cover their operating costs.

Although the National Zoo’s funding has been handled exclusively by private institutions, specifically by non-governmental organisations (NGOs) and public donations, the government should not shirk its essential duty to ensure the financial viability and sustainability of the National Zoo.

The government is also able to assist by providing the National Zoo with a matching grant that will undoubtedly be able to save our National Zoo from entire closure due to Covid-19 pandemic, combined with the fund by the NGO and public donation.

The survival of the country against the pandemic means a great deal to the National Zoo since it mostly depends on the number of visitors together with the ample funds and donation by people.

Dr Mat Naim Ramli, Director of the Zoo Negara Zoology, Veterinary & Giant Panda Conservation Centre, reported Zoo Negara is facing a financial crisis and is expected to have just three months of emergency funding due to the third wave of infection with Covid-19.Indeed, this is not a good situation to our National Zoo because they should not bear many burdens due to the pandemic, especially the animals that are not supposed to be the victim of circumstances during this unprecedented moment.

Not just that, it will be a real challenge for the National Zoo to recover during the Conditional Movement Control Order (CMCO) as it is undoubtedly challenging to achieve ticket sales collection, product and service sales at this time.

Shamsul said that his ministry had consulted industry players and the Malaysian Association of Zoological Parks and Aquaria to review the rules governing their operations under the Wildlife Conservation Act to ensure the sustainability and welfare of the animals.

Nevertheless, the government should consider the PPP as a way to alleviate the financial problem faced by the National Zoo, which is a cooperative agreement between the public and private sectors to help the National Zoo during the crisis.

As to further resolve the financial issue, the government should continually review to temporarily suspend other unnecessary funding for less impacted institutions and focus more on the National Zoo’s challenges at the moment, perhaps even putting the National Zoo under any Yayasan or Trust.

This also involves the tax incentives for private sponsors as to how the government agreed in the Budget 2020 to lift the tax-deductible cap for funding activities related to the arts, culture and heritage.

It will also be valuable for the National Zoo during the pandemic crisis as to how the government plans to seize the attention of private sponsors and convince them to fund the arts, culture and heritage sector in Malaysia.

Additionally, the DAP MP Hannah Yeoh also said the RM85.5 million budget planned for the government unit Special Affairs Department (Jasa) could instead be used for several other things such as funding the Zoo Negara’s operations for around seven years.

If we take Perak as an example, the state government mentioned they could possibly allocate the fund to the Taiping Zoo that requires RM400,000 per month roughly for operating costs.

While our National Zoo takes around RM1 million per month for its operational costs and is completely larger than Taiping Zoo, it will probably be manageable through the collaboration of fund by a successful PPP.

The situation can be linked to private institutions receiving government funding on an annual basis, such as Tunku Abdul Rahman University College, which is an excellent example of how the government should continuously fund the Zoo Negara despite privatisation.

Furthermore, the government may want to tackle the problem through effective measures to attract foreign investments, which means that something needs to be done to attract international organisations that are potentially interested in investing in Zoo Negara.

Recently, a well-known individual Ustaz Ebit Liew has also received a call for help by Zoo Negara to save the animals there due to the third wave of Covid-19 infection that has made it difficult for the Zoo to make enough income for animal care.

Dr Mat added the National Zoo had not received any assistance since the CMCO started on October 14, and hence there is the expectation the government can successfully come up with something to help them during the crisis.

Thus, the government should ensure the crisis will not continue to threaten the National Zoo due to the third wave of Covid-19 infection by rapidly deciding the best options to help zoos manage the operational costs, perhaps continuing to fund the Zoo without hesitation by PPP, for example.