Major loopholes allowing the police force to be accused of corruption, presence of internal cartels and perceptions of being co-conspirators (or pawns) for syndicates imply a lack of transparency in governance and operations, and a weak oversight ecosystem.

This is ultimately a quest to rebuild integrity, but a shorter-term solution is critically needed. It’s time for radical transparency via technologies and legislative changes to “police the police” and pave the way for effective oversight and therefore, accountability and radical transparency.

Recent reports of “the biggest drug haul” should be applauded, but instead, one reasonably worries if the entire process may have been tainted given separate news of a senior police officer who was allegedly selling seized drugs back to syndicates.

This may just be the tip of iceberg of the various possible scandals. Such cases raise serious questions on the transparency of the entire operations; from receipt of a police report, opening of an active case, raids, crime scene investigation, report submission, evidence cataloguing, storage, post-case follow-up and monitoring.

If there had been an immutable and transparent process to record and log each of these events, backed up by a sufficiently powerful independent oversight body to take effective action on the information, such issues would have been very unlikely. This should be a given, and the fact that this is not yet in place should raise eyebrows, if not infuriate, anyone truly concerned with the rule of law.

Presently, we merely trust that the entire process leading up to arrest and drug bust is done correctly, with the default expectation that all available information, including testimonies from eyewitnesses have been accurately and completely documented. However, lucrative prospects of seized items (dirty money, drugs) may test the integrity of officers. With an operating system that is not fully transparent, a complete and truthful report may not always be the case.

A fully recorded raid using body-worn cameras by all involved officers may greatly reduce the chance for wrongful reporting, and ensure the operation is done according to proper protocols. This is already widely used in the US.

But the reporting process must also be recorded to ensure matching information of the visual observation and the written report. As mentioned by former Denver Chief of Police, Gerald Whitman, other technologies that may potentially revolutionise crime scene investigation and reporting include mobile data collection and retrieval platforms.

Such data must be stored in tamper-free systems that exist in a secure place outside of the police force, and accessible to the internal affairs division as well as independent oversight bodies. Any access, retrieval and changes to the data must be automatically logged in detail, with previous versions kept.

Handling and documenting hard evidence should be visually recorded and hard evidence should be tagged with radio frequency identification (RFID) or other forms of identification that are linked to a secure system such as blockchain (with secure client software and backed up redundancies) for increased transparency and traceability. Videos of crime scene investigation, evidence handling, and report witing must also be encrypted and streamed directly to a similarly protected database.

The use of blockchain-based traceability has been proposed to curb fake and theft of Covid-19 vaccines, halal-meat scandal and other potential uses. There is no reason why it couldn’t or shouldn’t be applied in criminal material evidence traceability and auditing, given that such evidences are just as important (if not more) and are relatively less complex than tracing commercial supply chains. Cost arguments (excuses) doesn’t defeat its necessity.

The technology-enabled radical transparency must be extended to governing and administrative systems in the police force, supported by internal investigation teams consisting of highly selected individuals independently appointed and commissioned by higher authorities.

Because the extent of corruption may spread from the top brass, middle-ranking as well as junior officers and even internal affairs group, the technology-enabled radical transparency may be insufficient to ensure action is taken on the radically-transparent available information. This is why technology adoption must be supported with legislative changes that empowers an independent oversight body.

The Enforcement Agency Integrity Commission (EAIC) Act 2009 may require more “teeth” since it was reported that “further action (by EAIC) to be approved by appointed commissioners”. The EAIC also needs to be well supported, as it has been reported that complaints on enforcement agencies have been experiencing serious processing issues (backlogs) due to insufficient commissioners and staff.

Both the EAIC and the Malaysian Anti-Corruption Commission (MACC) should be made fully independent with its own funding, and report to a special committee in Parliament, consisting of a balanced composition of the opposition and ruling coalition. Taking cue of the situation now, only in the event of an exceptional situation where there is a hung parliament should provision for the transfer of authority to a royal committee (that in turn reports to the King) or to a body under the Prime Minister be taken in to account.

Ways to empower these agencies with prosecutorial powers should be strongly considered, and it would likely have to include the amendment of Article 145 of the Federal Constitution for the separation of powers between the Attorney General and the public prosecutor, as reportedly mentioned by Law Minister Datuk Takiyuddin Hassan.

The Bill should be amended to re-incorporate key aspects of the IPCMC Bill 2019 and the “recommendations from the 2005 Royal Commission to Enhance the Operation and Management of the Royal Malaysian Police”, as reportedly suggested by Suhakam.

Only when there is a combination of technology-enabled policy-enforced radical transparency through an empowered oversight ecosystem would there be true accountability of the police force. The same should be applied to all other law enforcement agencies, and the same principles could (and should) be applied in all forms of governance such as in those in public procurement processes.

Radical transparency should have been a given characteristic of any law enforcement, not something that has to be proposed and convinced by the public. The very nature of its role requires nothing less.

Although it was reported that the former Inspector General of Police (IGP) alluded that the culture of corruption has spread to the top brass, culture is usually a top-down phenomenon. Leaders set the example, not the other way around.

As to how the ICPMC Bill was reportedly faced with “rejection” by the police force, suggestions such as these would likely face strong rejection as well. Though the current IGP, Tan Sri Abdul Hamid Bador is doing great work on this front, he will need more support. The collective lack of will to embrace an ecosystem that promotes justice and the rule of law is a clear indication that integrity issues, misconducts and scandals are rampant. If not, there wouldn’t be any hesitancy.

This is why such policy recommendations require the absolute buy-in from the highest leadership of the nation. Only a resolute political will cascading downwards through an incorruptible chain of command can make a difference. In its absence, the will of people will take place and grow. Initially this could manifest as a movement of the people such as Rasuah Busters, and the momentum will only increase.

It’s best to pay attention to the “pulse from the ground” and take seriously the plight of the rakyat for the leadership to take affirmative action now and declare war on corruption, syndicates and cartels.

Ameen Kamal is Head of Science & Technology at EMIR Research, an
independent think tank focused on strategic policy recommendations based on rigorous research. 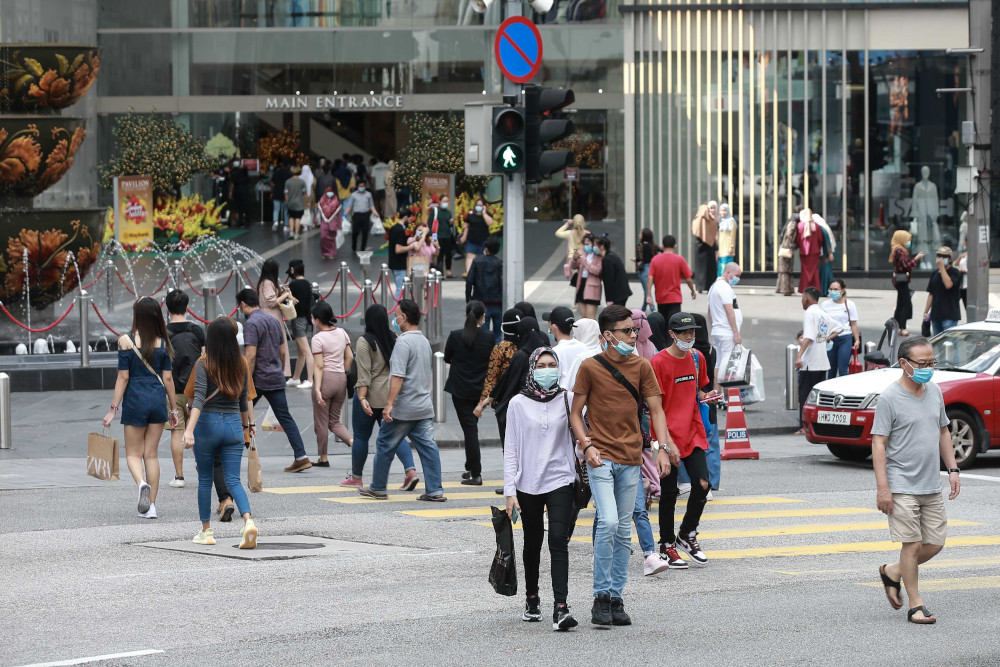 When needs are simple, life will not be suffocating
Previous 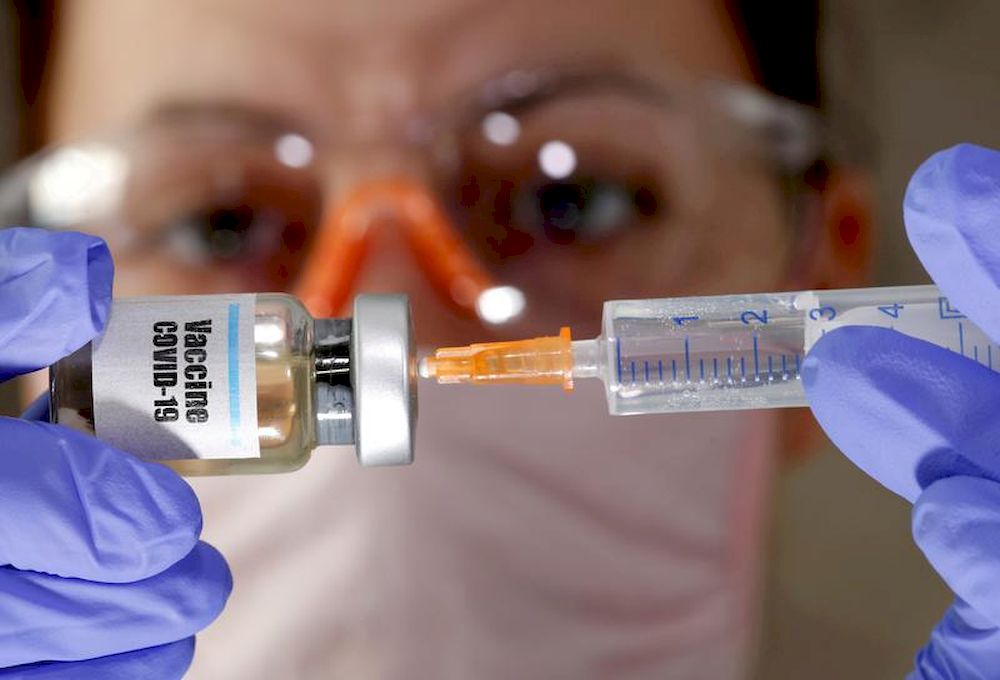 Vaccination coverage: A crucial factor in achieving herd immunity in Malaysia
Next