Ramping up vaccination – operation surge capacity for Sabah too, please!

Although Sabah eventually recovered after five months fighting against the Covid-19 third wave following the Sabah snap election on Sep 26 last year, the Covid-19 daily infection figures rose back to four-digit again during the past few weeks.

Aside from the rising number of Covid-19 infections in Sabah, both vaccine registration and administration rates are the lowest compared to the rest of the Malaysian states.

As of yesterday (Aug 21), only 50.9%, or 1,402,730 individuals in Sabah registered via the MySejahtera application for vaccination. It is relatively far behind the next lowest Malaysian state, Kelantan, at 67.2%, according to the statistics released by the Covid-19 Vaccine Supply Access Guarantee Special Committee (JKJAV).

The vaccine registration rate in Sabah is also far behind the neighbouring state, Sarawak, which has registered 83.1% as of Aug 21, according to JKJAV.

Moreover, Sabah recorded the lowest vaccine administration rate. As of yesterday (Aug 21), only 20.7% of the population in Sabah was fully vaccinated.

Therefore, there is an increasing concern that low vaccination coverage in Sabah might further limit Sabah’s ability to recover from the adverse impacts of the movement restrictions since mid-March last year.

EMIR Research has written an article on how the reintroduction of lockdown measures in Sabah has affected the tourism sector, small and medium enterprises (SMEs), and the low-income and vulnerable groups in general.

Despite the current Sabah state government striving its best to minimise the economic impact by allowing more businesses to operate, many working Sabahans and local businesses expressed their concern of a challenging situation due to the continuous four-digit rise in the Covid-19 daily infection figures in Sabah.

To minimise the risk of infection, some businesses choose to close their shops temporarily. With lesser consumer spending, those who have yet to recover from the first Movement Control Order (MCO) would be the most affected.

The continuous closure of international borders also poses an enormous burden among hotels and tour agencies in Sabah. According to the chairman of the Malaysian Association of Hotels (MAH) Sabah and Labuan chapter Hafizan Wong, 40% of its members were forced to shutter temporarily due to a low occupancy rate.

Moreover, as the tourism industry in Sabah is largely driven by foreign tourists, the stretch along Kota Kinabalu’s Jesselton Point, where many travel companies operate, has become deserted.

With the expectation of more business closures and job losses, there is an increasing fear more Sabahans will be unemployed over the next few months, which will result in a more drastic the fall of Sabah’s GDP in 2021.

Moreover, Sabah is still well-known as the poorest Malaysian state – 25.3% poverty rate in 2020 – and also having the lowest GDP growth and highest unemployment rate in the country (-9.5% and 8.0% respectively in 2020).

With lesser manufacturing activities generated within the state, lower production, together with lower investment and consumption would result in lower GDP growth, and by extension, higher unemployment.

However, ramping up vaccination in Sabah will take time, given that Malaysia has so far only received 34% of the Covid-19 vaccine supply ordered as of Aug 17, according to Code Blue.

According to the DOSM’s Demographic Statistics First Quarter 2021, Sabah has the second-largest state population (3.9 million) after Selangor (6.6 million).

Therefore, it is challenging for Sabah to mobilise a large number of vaccine corps driving through muddy, uneven roads besides having a boat ride to reach the remote or rural population.

Due to a relatively small number of its population that have been vaccinated and a large state population, the new federal administration could introduce Operation Surge Capacity in Sabah, encouraging more Sabahans to register their interest to be vaccinated and receive both doses of the Covid-19 vaccine soonest possible.

Following are some policy recommendations for the JKJAV to look into:

1. Enhance coordination between the federal government and Sabah state government to ensure the vaccines are distributed according to the population needs and logistical requirements;

2. Mobilise a large number of fully-vaccinated vaccine corps to volunteer in the vaccination programme. Vaccine corps refer to the ones who could deliver vaccine shots, monitoring individuals who had just been vaccinated or scheduling second doses for the vaccines to be fully effective. Besides medical, nursing and pharmacy students, vaccine corps could be formed by community grassroots, comprising retired or unemployed clinicians;

3. Allocate more frontliners from Peninsular Malaysia to Sabah, giving extra helping hands in vaccine injection for the benefits of the remote or rural population who live beyond 5km of any kind of health facility. This would enable more creation of PPVs (vaccination centres) to avoid crowding and for mobile distribution.

4. Mark and include all the semi-urban, rural and interior areas onto the map, ensuring an effective house-to-house community outreach programme that will be implemented by the National Disaster Management Agency (Nadma) with the involvement of the military. Village Community Development Councils (MPKK), Community Development Officers (PPM), resident committees, councillors and community leaders could assist residents in registering and receiving vaccination in their respective communities sooner.

5. Work with non-governmental bodies and vaccine corps by preparing short and simple messages on the steps and potential side effects of immunisation in the form of leaflets, in addition to the information disseminated through newspapers and magazines. They could also assist individuals to walk-in for vaccination.

By expediting the vaccination process within the state, Sabahans could receive vaccination sooner, giving Sabah the chance to revive its state economy. 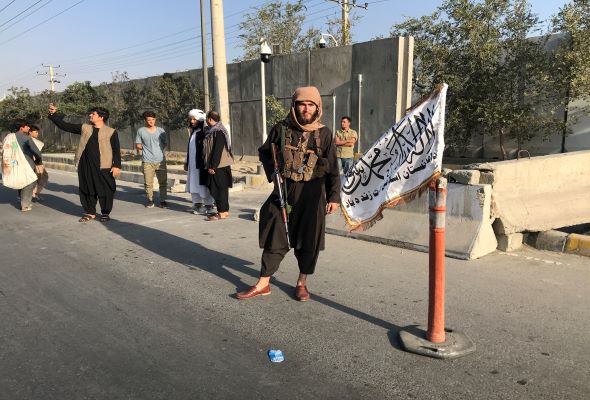 Engaging the Taliban: A multi-dimensional analysis
Next