Re-envisioning FDI For The Next Lap

Going forward, we need to reconceptualise our FDI that preserves both “quality” and “quantity” of the inflows. On the first anniversary of the Tan Sri Muhyiddin Yassin administration, the stage is set for the next lap of our economic development which would include our continuing reliance on foreign direct investment (FDI).

Prime Minister Tan Sri Muhyiddin Yassin has said that Malaysia continues to attract foreign direct investment (FDI), including Fortune 500 companies. This is due, not least, to the incentives that the government is offering with emphasis on the high technology and digital sectors (“Malaysia offers incentives to attract investors, more strategic ones to be announced, says Muhyiddin”, Bernama, Feb 28, 2021).

For example, under the National Economic Recovery Plan (Penjana) last year, in an effort to boost investment activities, business-friendly initiatives were crafted such as a 10 to 15-year tax exemption for new FDI in the manufacturing sector with capital investment of RM300mil or more.

Other pro-FDI policies include the setting up of the Project Acceleration and Coordination Unit (Pacu) – under the Malaysian Investment Development Authority (Mida) which in turn comes under the purview of the Ministry of International Trade & Industry (Miti) – last year to provide end-to-end facilitation for all projects approved by the National Committee of Investment (NCI) and, therefore, ensures acceleration of the process from approvals of the projects to implementation.

In his first anniversary address, the Prime Minister also publicised that the manufacturing sector attracted most of the approved investments for the first three quarters of 2020 – which account for more than half at 59.5 per cent of RM65.3 billion worth of investments, and this is followed by services and other primary sectors. During the period, 2,935 projects were involved with 64,701 jobs created.

In commenting and clarifying on the state of FDI in Malaysia under the onset of Covid-19, i.e., for the year 2020, Mida in its Malaysian Investment Performance Report (2020) referenced the total gross FDI inflow figures for the year from the Department of Statistics Malaysia (DOSM) as valued at RM139.9 billion compared to RM138.8 billion in 2019 – an increase of 0.8 per cent. As the Report notes, this is despite the “movement control order (MCO) and recovery movement control order (RMCO) in the second and third quarters of last year, respectively”. Furthermore, “[t]he decline in net FDI flows mirrors the situation Malaysia experienced in 2009 after the subprime crisis in the US. [Multinational corporations] in Malaysia were repatriating higher amounts of their profits for loan repayments and retaining earnings to help their [headquarters] and affiliates faced with financial difficulties” (p. 11).

The country’s FDI-oriented policies are aligned with the MyDigital initiative via the Malaysia Digital Economy Blueprint launched on Feb 19 by the Prime Minister – which aspires to enable Malaysia to be a “high-value-added economy and a net exporter of home-grown technologies and digital solutions”. The Malaysia Digital Economy Blueprint: MyDigital sets out the strategic roadmap that will be implemented in three phases until 2030. The initiative complements the 12th Malaysia Plan (12MP) and the Shared Prosperity Vision/SPV (2030).

Towards that end, in providing the requisite and conducive ecosystem in its capacity as enabler and catalyser, the government is committed to:

Pro-active direct State intervention in the economy in the form of investment and fiscal measures on the one hand and increasing DDI on the other bodes well for a climate of continuing flows of FDI into Malaysia.

Going forward, we need to reconceptualise and reframe our FDI in a slightly fresh direction that preserves both “quality” and “quantity” of the inflows.

Firstly, we need to leverage on our competitive advantage in the so-called “non-economic” investments such as aerospace. This requires close strategic cooperation, collaboration and coordination between the federal and state governments – as Selangor is a leading regional hub for the aircraft maintenance, repair and overhaul (MRO) as well as the manufacturing and engineering and design sub-sectors. Last year, the Selangor Darul Ehsan Aerospace Industry Coordination Office or S-DAICO which is also the secretariat for the Selangor Aerospace Council chaired by the Menteri Besar was formed with the view of executing the Selangor Aerospace Action Plan 2020-2030, among others. At the federal level, the National Aerospace Industry Coordinating Office (NAICO) was established in August 2015 under Miti to primarily oversee the implementation of the strategies and initiatives in the Malaysia Aerospace Industry Blueprint (2030).

In this regard, traditional investors such as the US continues to play a pivotal and key role. For example, as mentioned in a scholarly article entitled, “Malaysia’s Foreign Policy under Najib: A Comparison with Mahathir” Khadijah Md Khalid (Asian Survey, 2011), in 2009, Composites Technology Research Malaysia Sdn Bhd (CTRM) and US-based Goodrich Corporation entered into a strategic partnership which “enables the former to manufacture nacelle components (the enclosed part of an airplane) in the next two decades. The contracts were valued at USD135 million for the next five years. The period of the contracts is the lifespan of the aircraft, and CTRM project contracts are valued at USD1.5 billion over 20 years”.

The Prime Minister in the same first anniversary speech also noted that aerospace will be a key driver of growth even as we are shifting towards a green economy at the same time. With green technology and the Fourth industrial Revolution (4IR) in full swing, both aerospace and the green economy can converge and coalesce in the future.

Secondly, we need to leverage on our position within Asean (Association of Southeast Asian Nations) to be an important gateway and “first-stop” destination for FDI to the rest of the region. And not least the wider Regional Comprehensive Economic Partnership (RCEP) involving Asean plus Five, i.e., Australia, China, Japan, Korea and New Zealand – and to be ratified by Malaysia this year.

Our historical ties with the UK fresh from Brexit, and keen to foster and forge new strategic and economic ties with Commonwealth countries including in particularly Malaysia augurs well for a renewed foreign economic diplomacy that was affected under the Mahathir-Thatcher era. Elizabeth Truss, UK’s Secretary of State for International Trade has expressed the country’s commitment to supporting Asean’s economic ambition that’s embodied in the signing of the UK-Asean economic and digital partnership last November. It’s vital, hence, for Malaysia to play its part in stepping up the implementation of the Asean Comprehensive Investment Agreement (2012) to ensure that, e.g., relocation of FDI in one member-country will benefit the original host country via production network linkages and integrated supply chains. The Asean Comprehensive Recovery Framework (ACRF) which aims to “maximise the potential of the intra-Asean market and intensify broader economic integration” recognises the 2012 Agreement as core instrument and mechanism.

Towards that end, we could honour the memory of the late Tun Abdul Razak Hussein (see “Driving Development: Revisiting Razak’s Role in Malaysia’s Economic Progress” by Rajah Rasiah & Kamal Salih (Editors), University Malaya Press, 2019) in his export-oriented industrialisation and pro-FDI policies at the national level and the late Tun Lim Chong Eu (see “From Free Port to Modern Economy: Economic Development and Social Change in Penang, 1969 to 1990”, by Chet Singh, Rajah Rasiah, Wong Yee Tuan, Penang Institute/Iseas-Yusof Ishak Institute, 2019) at the state level by re-imagining free industrial/trade zones as harbingers of regional integration where Asean is both one export as well as production market. This requires reconceptualisation of the sub-regional growth areas such as Sijori (Singapore-Johor-Riau), IMT-GT (Indonesia-Malaysia-Thailand Growth Triangle) and the BMPGA (Brunei-Malaysia-Philippines Growth Area) as integrated free industrial/trade zones and mega-agglomeration/mega-clusters for intra-regional as well as global exports.

Our FDI has always been built on strong and viable foundations. We can be confident that for the next lap, it’ll continue to be so. 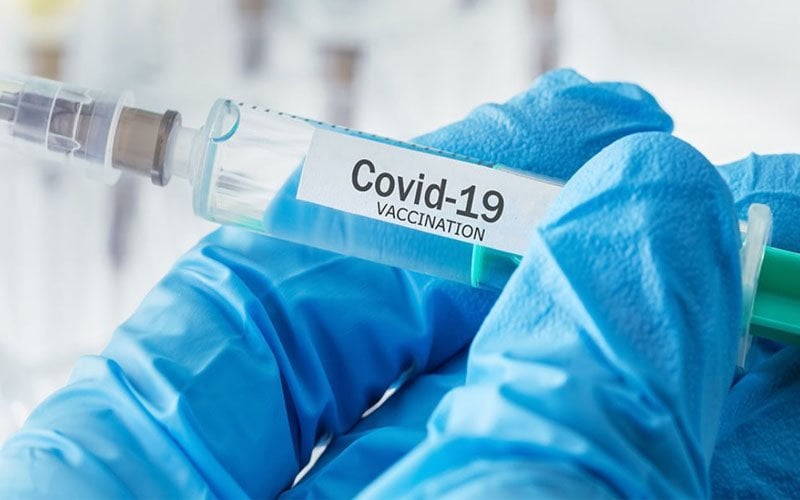 Are nations being bullied by vaccine producers?
Previous 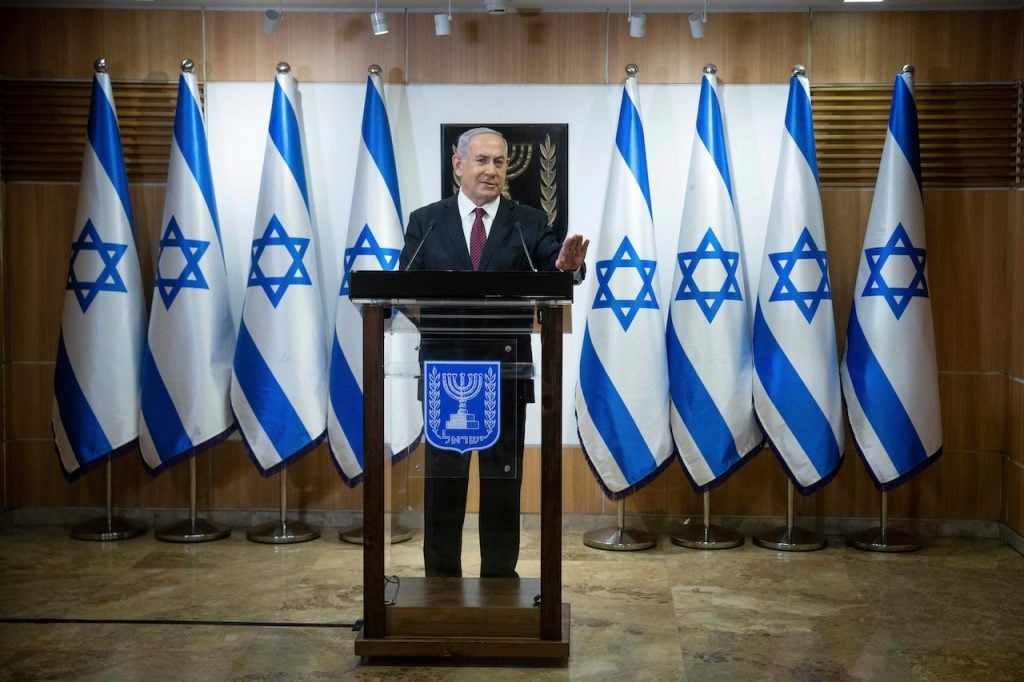 The paradox of Israel’s moral legitimacy
Next