Recharging the vision of our GLICs & SWFs

A SWF has the effect of allowing a country to avoid over-dependence on its resource revenue.

In his speech, the then Prime Minister had called on GLICs to continue evolving and be “future-proof” in an ever-changing investment climate compounded by the global pandemic alongside greater emphasis on environmental, social, and governance (ESG) matters.

Of the two, institutional investors would be the more familiar – especially EPF as the government-mandated private sector retirement scheme.

Historically, SWFs were established from the proceeds (i.e., excess revenue) of oil and gas exports to serve as investment income reserves and long-term savings from the depleting natural resources reserves.

According to the Sovereign Wealth Institute (SWI), “a SWF is a state-owned investment fund or entity that is commonly established from:

A SWF has the effect of allowing a country to avoid over-dependence on its resource revenue that either results in the “Dutch syndrome”, i.e., sectoral imbalances in the economy or budgetary pressures.

In Malaysia, our national oil & gas company Petronas contributes directly – to the government as the sole shareholder – in the form of tax, royalties and dividends. For every USD1 decline in crude oil prices, government revenue will decrease by approximately RM300 million.

Not only have we been over-dependent on Petronas for our budgetary planning, there’s as yet no long-term vision as to a SWF for our (depleting) oil & gas reserves.

EMIR Research would like call for the following policy recommendations in respect of our GLICS, with particular emphasis on the category of “SWFs”, and urge that Perkukuh go further:

GLICs (and government-linked companies/GLCs) should be at the forefront of our foreign economic diplomacy – investing overseas and bringing in foreign direct investment (FDI) into the country.

One of the ways is to invest in strategic joint-ventures (JVs) overseas. This by way of our SWF (i.e., Khazanah) and MOF, Inc. participating along in JVs between Malaysian GLCs and foreign companies in strategic sectors such as aerospace, biotechnology, green & renewable technologies, telecommunications, digital technologies, defence, etc.

Here, the GLCs can serve as “entry points” for GLICs via the JVs analogous to the entry point projects (EPPs) under the Economic Transformation Plan (ETP). Coordination between our GLICs and GLCs would enhance our long-term returns.

Our GLICs should also set a long-term strategy for passive investment in Big Pharma (pharmaceuticals), Big Tech (e.g., Amazon, Google), Big Bio Tech companies, etc. For example, we could aim to increase our shareholding so as to exercise some leverage in the bargaining and negotiation of vaccine products in terms of pricing and size of supply.

2. By re-defining “sovereign wealth fund” with only Khazanah and Petronas as properly constituted

A redefinition is critical so that there’s proper focus in the formulation and execution of a national investment income/return strategy.

Ideally, there should only be two entities that are Malaysia’s SWFs. Khazanah Nasional is one.

The other would be Petronas which by now ought to have its own SWF.

“Too many” SWFs dilute the impact on the investment of our reserves. It also distracts the government from being able to commit and deploy the reserves in a strategic and focused manner.

In view of the declining Petronas contributions to the government’s coffers, it’s critical that the dividends be invested into a SWF.

The first goal of a Petronas-run SWF could perhaps be look to joint-development (JD) projects with China in the South China Sea (SCS).

EMIR Research has been consistent in our stand that Malaysia should be uncompromising when it comes to our sovereign claims in the SCS.

Nonetheless, it’s a reality that the current situation is in “limbo”. EMIR Research has also proposed in the past that JD in the SCS should be considered (“Joint development of the South China Sea: The way forward to avoid conflict”, January 16, 2020).

This might require Malaysia temporarily “suspending” its sovereign claims (i.e., legally but not politically) for a period of 20 years to allow for JD agreements to take effect.

Thereafter, a JV entity or special purpose vehicle (SPV) could be formed. Or even a consortium comprising of companies from China and Petronas/Petronas-run SWF.

In terms of investment structure, the State-backed participants may provide cash injection conditioned on a series of swap arrangements (e.g., warrants, i.e., cash for shares or debt/bond plus equity/shares in return).

Or the JD could be structured along the vertical lines of up-, mid-, and down-stream activities.

This might involve Petronas being the sole “licensed or exclusive holder” of the rights to exploration and primary or deep-sea extraction of hydrocarbon reserves or petroleum deposits in the sub-seabed for a fixed period. Thereafter, China will assume the rights.

As for mid-stream and down-stream, both parties would be jointly-involved. Or the scenario could be reversed whereby the upstream activities of resource drilling would be in the form of a JV or a consortium.

The JD activities could be structured in such a way so as to ensure that any off-setting or deductions, e.g., using bareboat chartering (that is common among North Sea oil companies) as an “excuse” would be tempered with provisions that funnel e.g., 50% of profits to a special purpose fund which cannot be repatriated/rediverted back to the country of origin for perhaps ten years (“reverse”/“negative tax holiday”).

The retained profits can only be used or recycled back into the JD projects (whether oil & gas, eco- or marine tourism, fisheries).

Thus, part of the revenue is locked in and also pooled – modelled after the European Coal and Steel Community, the basic paradigmatic foundations of the European Economic Community/EEC (and later on the EU).

In effect, Petronas/Petronas-run SWF would be playing a pivotal role in SCS diplomacy whilst capitalising and gaining from oil & gas reserves in our Economic Exclusive Zone (EEZ).

3. By re-purposing our GLICs to also invest in regional integration to drive economic growth and development

Our GLICs should follow in the footsteps trailblazed by our GLCs by investing in the economic development of the region.

An example would be the intra-regional growth areas such as the BIMP-EAGA (Brunei-Indonesia-Malaysia-Philippines – East Asean Growth Area).

Our GLICs could invest in port development/expansion projects in Sabah as well as in e.g., Balikpapan (East Kalimantan) for strategic complementarity (in terms of competencies and routes).

Such investments can bring together two ports to mutually reinforce positioning in that part of the region – with inland spillover effects – as seaport hub and an alternative route (to the SCS) for shipment of oil and gas to the northern Asia-Pacific Rim.

4. By re-forming institutional structures of our GLICs

As has been articulated by leading expert in the area, Professor Dr Terence Gomez, there’s a critical need to “deconstruct” our GLICS and GLCs to be less politicised (i.e., used as a political tool for patronage and cronyism).

The GLC Reform Group – of which Professor Dr Terence Gomez is a member – has called for an inclusive legislation that “captures” into law the management, governance and performance of GLICs and GLCs. Indeed, such institutional reforms are an integral part of the recharged mandate of GLICs.

Although our GLICs are less prone to politicisation compared to our GLCs, reforms would ensure greater accountability and transparency and therefore enhanced efficiency and effectiveness in fulfilling respective mandates.

May our GLICs, including SWFs, continue to move forward and upward in embodying our nation’s economic vision. 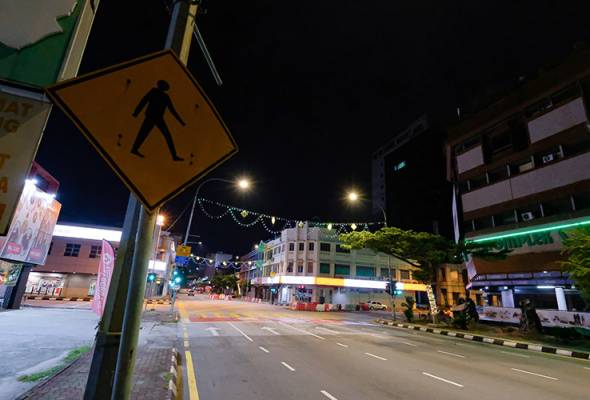 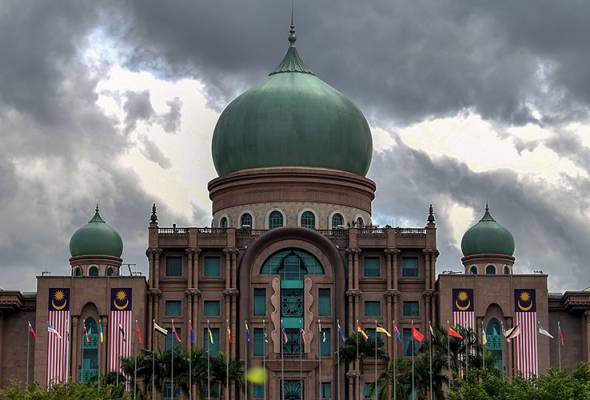 Unity Government - an opportunity not to be missed
Next