A premature fiscal consolidation, therefore, is tantamount to placing the economy under a form of quasi-austerity.

The 12th Malaysia Plan (12MP) acknowledges the need for fiscal policy to be expansionary (p. 1-30). It also acknowledges that “fiscal consolidation [can only] resume once the economy is on a better footing to ensure long-term fiscal sustainability”.

This is unnecessary and counter-productive as it could jeopardise the sustainability of (what would be a fragile) economic recovery, i.e., the economy might tilt back into recession.

Meaning the assumption that fiscal injections of all the eight aid and stimulus packages and respective Budgets are sufficient to stimulate and help sustain the economy in the “initial” stages could well be overly-optimistic.

Revenue collection shouldn’t be expected to pick up until 2023, at the very least. A premature fiscal consolidation – representing a 2.5 times gap to – 3% of GDP, therefore, is tantamount to placing the economy under a form of quasi-austerity.

It has to be recalled, of the fiscal injections under the eight aid and stimulus packages, only RM83 billion represents direct government spending which represents a paltry 16% of the RM530 billion in total. The total output loss just for the first two quarters of 2021 alone is more than RM100 billion.

While Budget 2021 allocated RM322.5 billion, as usual, based on the typical development expenditure (DE) and operational expenditure (OE) division, the former only amounted to RM69 billion or 21.4%.

OE amounted to RM236.5 billion or 73.3% of which RM84.5 billion or 35.7%. And RM27.6 billion or 11.7% of the total OE are for civil service emoluments (wages, allowances) and retirement charges (pensions), respectively. OE also includes allocation debt service charges which under Budget 2021 is at approximately RM39 billion or 16.5%.

With the lockdowns impacting SMEs and the tourism industry (one of the top three exports earners) in particular which contributed 46.4% of the gross domestic product (GDP) and RM86.14 billion in 2019, respectively, the multiplier effect (ME) from the OE together with the aid and stimulus packages is severely constrained.

The ME from the DE is also insufficient to generate the momentum and catalyse growth that would compensate for three movement control orders (MCOs), including the restrictions on interstate travels.

This is why as argued in EMIR Research article, “The 12th Malaysia Plan – cautious optimism (and need for real economic variable analyses in fiscal strategy)”, the fiscal deficit shouldn’t be reduced “too soon” due to the scarring and structural effects of the lockdowns.

In short, the critical point is that the current fiscal injection trajectory – built-in into the 12MP based on linear projection – is insufficient to allow us to revert to pre-pandemic levels, let alone achieve our output potential.

The 12MP then goes on to state that the “[t]he total development expenditure allocation is estimated to be at RM400 billion … [h]owever, allocations for basic development expenditure [DE] in 2021 and 2022 are expected to be challenging”. The document goes on to say that “[r]evenue will be enhanced by exploring new sources, expanding the revenue base, reviewing tax incentives, [etc] …”.

Towards that end, EMIR Research would like to recommend what could be three major funding sources (including revenue or tax-based). This is in addition to our earlier recommendations as contained in, e.g., “Alternative ways to fund deficit” (November 15, 2020):

Firstly, the 12MP could look into tax increment financing (TIF) – an innovative method of taxation that particularly applies to local governments (including the entities under the Ministry of Federal Territories).

TIF would also encourage and incentivise the fiscal decentralisation process – where the fiscal burden could increasingly be shared with state governments.

The infrastructure (hard and soft) investment in a designated or ear-marked zone/area by the public sector will lead to an increase of the gross development value (GDV) of the land (i.e., the proposed investment by the private sector).

According to the World Bank, one of the most common forms of TIF is through bond issuance. A local government issues bonds and this is backed by the projected and future percentage of higher tax revenue caused by increased property values and commercial activities within the designated project area. The proceeds from the bonds pays for the current public works/infrastructure projects.

Other methods include deploying the proceeds of the present revenue collection specifically for the designated area to pay for the investment in upgrading and expanding the infrastructure. In turn, this leads to higher charges and, therefore, revenue collection (as proposed in EMIR Research article, “Brain drain and reversing the trend”, September 23, 2021).

This necessitates amendments to the Constitution (Article 111) and legislation (for example, sections 41 & 42 of the Local Government Act, 1976). So as to allow state governments and local governments to raise funding via bond issuance (and other financial notes/ instruments). Accessing and tapping the international markets should be considered (EMIR Research article, “Trio of reforms: Fiscal, administrative and housing industry, March 10, 2020).

Secondly, another financing method – under the framework of the PPP – to explore are social impact bonds. It’s where the private sector (profit and not-for-profit, i.e., social enterprises) drive the design and delivery of the intended public projects.

Initial costs will be covered by the public sector. But (the extent of the) final payment are dependent on the key performance indicators (KPIs) that are set and agreed upon by both the public and private sector stakeholders.

Thirdly, a National Health Insurance (NHI) akin to the UK’s National Insurance (NI). The NHI, like NI, will be a hypothecated (i.e., dedicated) tax to fund our healthcare (and future social care) services in the long-term, that is.

This, of course, parallels the poverty alleviation tax as envisaged in the 12MP (p. 5-22).

Unlike the NI which is fixed (recently increased by an overall of 2.5%, i.e., employer and employee), the NHI will not be a flat but a progressive tax, instead. Only tax-payers pay for the NHI (so that the personal allowance applies). The rates for NHI should mimic and go beyond the schedule of Socso (Social Security Organisation) contributions.

A NHI has the potential to raise up to RM2 billion per year – which could be channelled into a healthcare fund to be accumulated for ten years or so and managed (i.e., invested) by the Employees Provident Fund (EPF), for example. The government will only start to draw from the fund after that period.

As part of the fiscal decentralisation process, selected state governments such as Penang and Selangor should be allowed to set up their state-owned bank (with ownership flexibility, including foreign, and to be capitalised by equity and debt). Sarawak already has its own in the form of the Sarawak Development Bank.

The state-owned bank shall have access to liquidity from Bank Negara and the Kuala Lumpur Inter-Offered Rate (Klibor), money markets, as well as the capability to issue financial notes where relevant (i.e., participating in the forward markets) and engaging as an intermediary for interest rate swaps.

The primary function of the state-owned bank shall be to provide funding to the state government for its development and infrastructural projects alongside providing employment. Monetary policy (i.e., the setting of interest rates) continues to be under Bank Negara.

In addition, the state bank shall provide seed funding for a state-based sovereign wealth fund for domestic and international investments.

Last but not least, advanced industrialised states could be allowed to share in corporate tax collections with a separate payments stream (i.e., a state government will be able to “take a cut” of the corporate tax, e.g., up to a third). 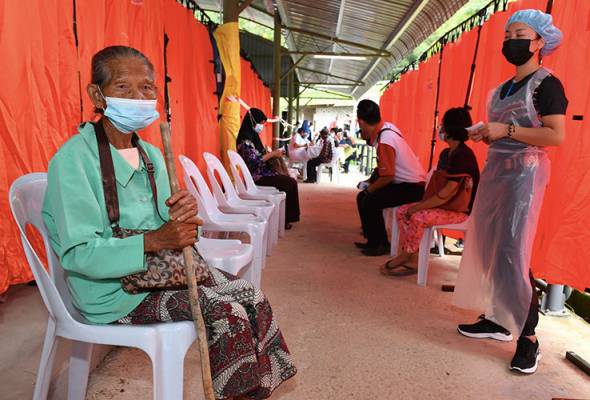