The big, future potentials of esports industry as a new driver of economic growth

Let’s hope the esports community will optimise this allocation in developing an efficient and cost-effective eco-system for esports to thrive in Malaysia. Electronic sports (Esports) is a global phenomenon right now, and it is coming on its own from the gaming industry and could contribute to the growth of the Malaysian economy.

While the gaming industry alone had contributed US$100 million (RM406.5 million) in revenue to Malaysia in 2018, globally the industry is expected to garner compounded annual growth rate (CAGR) of 10.9 percent in 2018 to 2023, which will result in a market volume of 168 million video games by 2023.

Newzoo, a gaming and esports analytics and market research firm, in its latest 2020 Global Games Market Report highlighted the following:

At this juncture, it is important to make a distinction between the gaming industry and its subset – the esports industry – to avoid quoting the wrong statistics, as even Newzoo has two sets of statistics in its two differentiated reports, the Global Games Market Report and the Global Esports Market Report.

Of the 20.1 million gamers in Malaysia, 87 percent spent at least some of their money on in-game virtual items in the past six months. Thus, Malaysia is considered as one of the largest gaming markets in Southeast Asia.

While the gaming industry is already a multi-billion-dollar industry, the esports industry on the other hand is approaching a billion-dollar industry with a revenue of US$957.5 million in 2019 and a forecasted revenue of US$950.3 million this year. The marginal drop in revenue is due mostly to this year’s postponed and cancelled esports events arising from the Covid-19 pandemic.

The global revenue for the esports industry is expected to grow to US$1.6b by 2023. In 2017, the Asia-Pacific region accounted for 51 per cent of global eSports enthusiasts. One of the world’s largest esports brands, Razer, had invested approximately RM100 million in 2019 to open its first office in our country and employ 300 people.

There’s a world of difference between the gaming industry and its off-shoot, the esports industry.

Gaming is an all-encompassing word referring to anyone who is playing a computer game that excludes an element of gambling, for the latter belongs to the gambling industry. A helpful way to grasp what is meant by gaming is to treat it as an equivalent to the word “sports”. Just like sports includes badminton, soccer, hockey, etc, gaming includes many specific types of video games such as League of Legends, Hearthstone and many others.

Esports in contrast is a part of the gaming world where professional gamers compete to win tournaments and be ranked at the top. Think of this as the Malaysia Super League or the US National Football League, the only difference being instead of segmenting professionals by their sport, in esports players are segmented by the specific game they play.

For example, let’s say Team Cybersetia and Lagendamaya will be competing in a League of Legends game. In this case, both teams have competitive esports players playing their specific game of League of Legends.

However, there are still some conservative people, especially the elderly, who disapprove of playing esports. They think it is a waste of time, especially for teenagers. This is because some teenagers may be excessively addicted to playing video games which causes them to delay their study and cannot keep up with school work.

If these critics of esports get their radar right, then they should realise the Malaysian National Creative Industry Policies, governed by the Ministry of Communications and Multimedia has identified the gaming industry as one of the ten main categories in the Creative Industry.

Today, the production of games requires a team of highly skilled professionals in the areas of graphic material digitisation, programming of digital sound and characters, and the creation of creative content.

This has sparked the interest of other young technology entrepreneurs to venture and explore the game development industry. Courses specialising in game design such as game software development, game art and design as well as game programming are being offered by local universities and colleges, and institutions.

As for the future potential of esports, the Olympic Council of Asia (OCA) has announced esports will be an official medal sport at the 2022 Asian Games and the International Olympic Committee is also considering its inclusion in the 2024 Summer Olympics.

Thousands of jobs have also been created in the esports industry, including esports players, coaches, event managers, referees, game designers, media and writers, marketing experts and so forth.

Since unemployment is on the increase globally due to the Covid-19 pandemic, it is very exciting to see so many jobs opening in the global esports space, providing more and more people the chance to turn their passion into a career, and in the process reduce the unemployment rate, especially among the youth.

Furthermore, esports players keep training and discuss a myriad of strategies every day. They work as hard as traditional athletes and contribute as much to national pride. They can earn money in terms of fixed salaries, streaming’s revenue and tournament’s prizes to support their living expenses. They also may get sponsorship for games, flights, accommodation and so on.

State and national esports leagues will give opportunities to attract advertisers and investors to invest in local esports ecosystems, including facilities and venues, to sustain and operate regular tournaments and leagues. Each state can also use this opportunity to boost its tourism industry and keep the esports industry growing.

The government could also promote the industry’s achievements and success stories, and let the public know esports players require as much skill and commitment as traditional sports. The media should portray the achievements of esports players in a creative way in order to let us be proud of those who have brought pride to Malaysia on the international stage.

It is indeed quite a let-down when Budget 2021 allocated only RM15 million for e-sports – a reduction from the RM20 million allocated in 2020. But still, it indicates the government’s continued support to the industry and let’s hope the esports community will optimise this allocation effectively in developing an efficient and cost-effective eco-system for esports to thrive in Malaysia.

Jamari Mohtar and Tam Mei Si are part of the research team of EMIR Research, an independent think tank focused on strategic policy recommendations based on rigorous research. 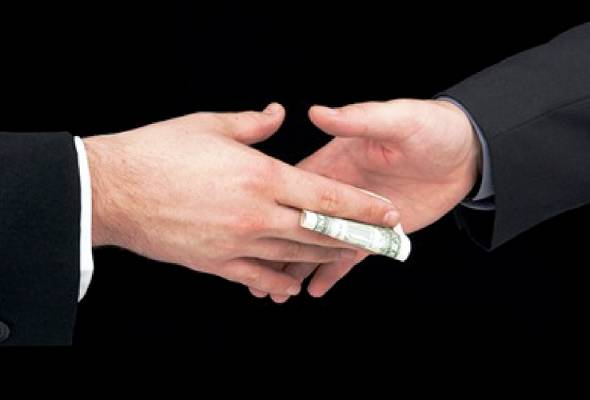 Still watch out for symptoms, observe SOPs for those exiting shorter quarantine period
Next