The decline of the pro-Israel lobby

Social media aside, politics too play a pivotal role in the shift and decline. 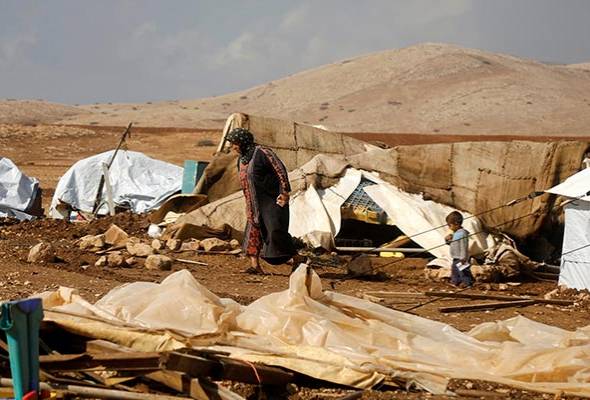 ACCORDING to Middle East observers, the influence of the pro-Israel lobby in the West has been declining over the years – on the back of rising awareness and shift of sentiment towards the cause of Palestine.

Generally, the decline can be attributed to the worsening and never-ending human rights abuses and crimes perpetrated by the Israeli Defense Forces (IDF) which have over the years become very outright in their oppression of the Palestinians.

Citizen/public (Track II) or “charm” diplomacy – where Israeli citizens and civil society seek to present a positive and benign image of their country via cultural, social, economic and political exchanges has failed to convince as social media is a powerful and potent antidote to the propaganda at the grassroots level.

Social media, more often than not, carry images in more graphic and lurid terms that tend to have shocking effect on public viewers whilst simultaneously evoking strong sympathy for the oppressed Palestinians.

YouTube videos that, for example, record the brutal treatment of Palestinian women and children by the IDF – which isn’t one-off or isolated but systematic and on-going – would naturally provoke outrage and sympathy.

Social media aside, politics too play a pivotal role in the shift and decline.

In the UK, we see that it’s due to the mainstreaming of hitherto fringe politics and campaigns like the election of Jeremy Corbyn – who from out of “nowhere” – was elected the Leader of the Labour party in 2015.

Corbyn was an outsider and outlier within both the wider party as a whole itself as well as the Parliamentary Labour Party (PLP) that includes the centre-left Cooperative Party.

He’s known as somewhat of a maverick who regularly defied the party line by breaching the “three-line whip” on major issues such as membership of the European Union/EU and of Nato (North Atlantic Treaty Organisation), nuclear disarmament, and not least on Israel-Palestine.

The presence of the Labour Friends of Israel (LFI) meant that there had not been much difference on the issue of Palestine between the “left” and “right” on the spectrum of British politics prior to that.

Traditionally, significant differences among the parties had been centred on political philosophies/ideologies – rather than the policies.

For example, both the Labour & Conservative governments were Keynesian on macroeconomic policy and pursued a full employment strategy up until the 1970s.

Whilst both parties became caught up with the Monetarist revolution (whereby Labour’s Callaghan became convinced the UK had to borrow from the International Monetary Fund/IMF and successor Thatcher of the Conservatives pursued privatisation, de-regulation and liberalisation with gusto), they exchanged stance on the question of what is now known as the EU.

The formerly pro-European Economic Community (EEC) Conservative Party is now the mainstream embodiment of Brexit, whereas the historically anti-EEC Labour Party is still having a hard time coming to terms with the result of the In/Out Referendum of 2016.

But on the issue of Israel and Palestine, both Labour and Conservative were more or less tilted in sympathy towards the former. Individual Members of Parliament (MPs) like Corbyn – who’s a prominent member of the Palestine Solidarity Campaign – did raise the issue of the Occupation in Parliament but without necessarily reflecting the official stance of the party and of the PLP.

Corbyn as party leader effectively cut-off the Labour Party from the pro-Israel lobby, more so when his core supporters embodied in the anti-Zionist Momentum group (also from the fringe) acted as his “praetorian guard” (bodyguard) and enforcer of the party line.

There are other factors too – such as the increasing polarisation in American politics with the rise and emergence of the Trump cult personality from 2016 onwards – that ironically or paradoxically accelerated the decline.

Trump’s son-in-law, Jared Kushner is, of course, Jewish and was to later become the mastermind of the “Deal of the Century” (DOTC) that gave American blessing for Netanyahu’s plan to de facto (i.e., in practice but not legally) annex or take-over administratively one-third of the West Bank.

In other words, the move from (temporary) occupation to (permanent) annexation that would destroy any hope for a viable two-state solution.

His financial ties and interests in Israel deepened in tandem with his role relating to Middle Eastern diplomacy, as highlighted by the New York Times in “Kushner’s Financial Ties to Israel Deepen Even With Mideast Diplomatic Role”, Jan’ 2018).

Arguably, under Trump, the pro-Israel lobby in the US (American-Israel Public Affairs Committee/Aipac) – through Kushner – was at its peak and the closest it could ever get to being within “the inner circle of the inner circle” of the US President.

In fact, as the Middle East Eye rightfully made the point, Kushner personified the Israel lobby right at the very heart of the Trump administration.

The irony is that the pro-Israel lobby in the person of Kushner has succeeded in bringing Arab partners of the US into the pro-Zionist sphere of influence.

But domestically, the deep polarisation and division caused by the election of Trump has blunted the influence of the lobby as it got sucked into the political game – by openly shifting much of the support to the erstwhile President and the Republican Party.

In other words, the strategic and tactical miscalculation of the pro-Israel lobby in the US by abandoning its bi-partisanship played straight into its own decline.

This coincided with the ascendancy of anti-Zionist (to be distinguished from anti-Jewish) factions within the Democrat Party – which propelled the Biden-Harris dream team (who unlike Corbyn, however, are “centrists” on the Palestine issue) on the road to power.

And with more minorities – who tend to be more sympathetic to the Palestinian cause – becoming more politically active and involved in the party hierarchy, the pro-Israel lobby has less room to manoeuvre.

In short, under Trump, the Republican Party has moved further to the right whereas the Democrats aided by political demographics have gone in the opposite (i.e., leftward) direction on the issue of Israel and Palestine. As it is, current and (foreseeably) future developments aren’t propitious for the pro-Israel lobby in the US.

As Asa Winstanley has cogently articulated in the Middle East Monitor, expose on the pro-Israel lobby’s antics of dirty tricks and smear tactics to put the Palestinians in a negative light as contained in e.g., the 2017 Al-Jazeera documentary, “The Lobby”, can only serve to further diminish its influence.

Expect the pro-Israel lobby, considered as a whole, to shift its attention from the West back to the Middle East, Africa, Asia and so-called “non-First World” countries as Israel ramps up its soft-power diplomacy on all fronts (economic, industrial, science including research and development/R&D, medical including vaccine, agricultural, technical, tourism, etc.).

It’s also expected, however, that the pro-Israel lobby will become more isolated and insulated from the policy-making institutions (executive and legislative) of the world’s major powers and, in due course, become something of an irrelevance. Its role would be increasingly taken up by Israeli government officials and citizens (public diplomacy), instead.

This is what happens when the aim of a lobby group is, actually at the end of the day, to deny justice to an oppressed people. 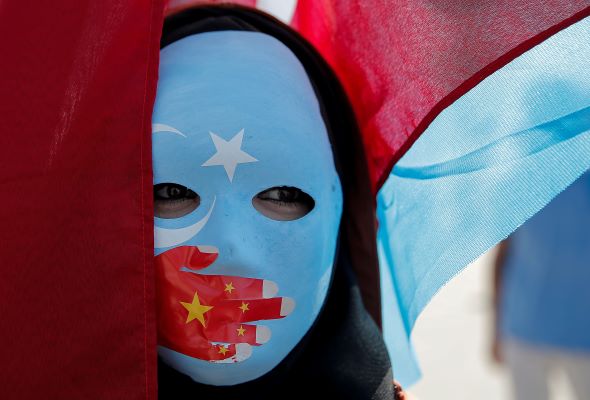 Uyghur oppression - keeping up the pressure on China
Previous