Is GST back with a vengeance, albeit in a much lesser form? 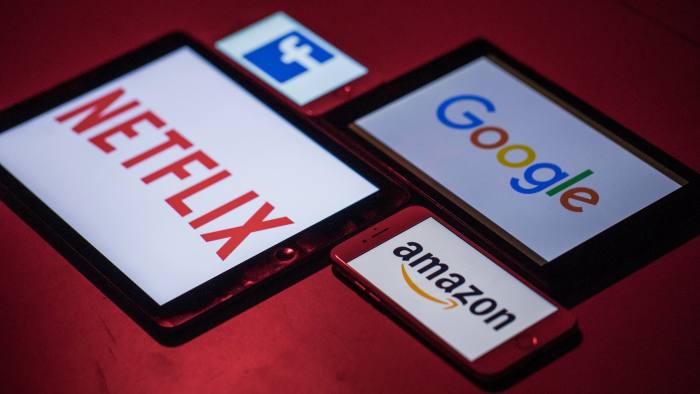 Published by Malay Mail, image from The Malaysian Reserve.

Is GST back with a vengeance, albeit in a much lesser form?

That is, is the digital service tax/ DST (which is levied on foreign service providers/ FSPs and) set to be introduced starting on 1 January of 2020 really GST all but in form – given the growing prevalence of online transactions and e-commerce in Malaysia?

Even the level at which the DST is imposed in exactly the same as or reminiscent of the GST when it was first implemented on 1 April 2015, i.e. at 6 per cent. Granted the DST is only expected to rake in RM2.4 billion initially for the government, nonetheless, the scope and extent is expected to widen in the years to come as digitalisation gathers speed and momentum, and is its own catalyst and impetus.

Notwithstanding, perhaps a more germane question would be: Could the DST serve as an anti-tax avoidance measure?

According to a report launched recently, the Big Six tech giants have avoided paying US$100 billion worth of taxes over the past decade. An argument could be made from a moral and social perspective that this represents a new form of capitalistic exploitation.

That this is symptomatic of the situation where wealth and hence influence and soft power are increasingly concentrated in the “few”. As major stakeholders and institutions in society, these Big Six are only accountable to their shareholders but go out of their way to avoid public scrutiny and transparency, so it seems.

Back to the issue, what is the relation between the DST and countering tax avoidance? The DST is imposed upon tech companies – who are not only multi-national companies (MNCs) but precisely as such have their corporate tentacles spread far and wide – able to extend their commercial presence in multiple jurisdictions. Not only to deepen market access but also to take advantage of the different tax codes and regimes – a form of tax arbitrage or as some would prefer to term it, “aggressive tax avoidance” – whilst legal is nonetheless unethical as a means to avoid paying their “fair share”.

Other terms would be base erosion and transfer pricing, as examples. And hence, to further refine the question: Is the DST an effective anti-tax avoidance tool?

To answer the question, it is necessary to ask if the DST is actually part of a coordinated international effort or jurisdiction-specific only? Like the proposed Tobin tax on the international financial transactions, the DST could prove to be a modest and yet meaningful anti-tax avoidance tool only when the relevant countries get their act together and move concertedly. Otherwise the costs would just be passed on to the Malaysian consumers. And since it is not a tax on them but on the tech companies, this inevitably represents more inflation to the person on the street.

On 24 November 2016, the text of the Multilateral Convention to Implement Tax Treaty Related Measures to Prevent Base Erosion and Profit Shifting Convention, an initiative under the Organisation for Economic Cooperation and Development (OECD), was finalised and entered into force on 1 July 2018. It now has 92 jurisdictions under its belt. Concomitant to or operating alongside the Treaty isthe Inclusive Framework on Base Erosion Profit Shifting (BEPS) (also an initiative of the OECD) of which Malaysia is likewise a signatory. The Framework is a tool-kit and action plan for the execution and implementation of the aims of the Treaty.

As Malaysia signed on 24 January 2018 but has yet to ratify, there is an anomaly. Whilst the Treaty has no legally binding force in Malaysia for now, the Framework is operational. But it is still critical

for our country to seek to deposit the instrument of ratification without undue delay. This to ensure that provisions would be legally enforceable, even at the behest of citizens.

It is to be noted, however, that the one country that did not sign up was the US. Without US participation and even opposition, combatting aggressive tax avoidance among the Big Six would be grasping at straws. This is because the US as the headquarters for the Big Six would still be the base from which aggressive tax avoidance schemes are masterminded. Are we waiting for the US to finally sign up – which under the current administration is unlikely to happen?

Be that as it may, as an anti-aggressive tax avoidance measure, the DST in Malaysia would probably not serve its purpose effectively, and arguably that is also not the policy intention of the government. However, as a source of revenue, the DST is indeed the logical base from which other digital-related taxes would emerge and expand.

Perhaps to provide the DST with legitimacy from a moral and social perspective, part or whole of the revenue (which in this case would serve as hypothecated tax) could be channelled towards the Universal Service Provision (USP) fund for the National Fiberisation and Connectivity Plan (NFCP) to bridge the urban-rural divide. This in turn will boost the DST coffers in time to come.

As a tangent but not really: The government must ensure the positive impression that taxes such as the DST, or better still, our taxes as a whole are always geared towards the welfare of the people. In other words, not to pay off our debt, except in the case of the 1MDB scandal which is a different case. The debt will pay for itself (gradually) when the investments and expenditures that will stimulate and boost aggregate demand kicks-in. A greener circular economy
Next