The Kashmir Question – towards a just and lasting solution

The Kashmir question should primarily be understood in terms of human and political rights. EMIR Research has been consistent and steadfast in our avowed stance regarding human rights issues around the world. Principally, we take a neutral, independent and principled position and approach that transcends or goes beyond ideological, ethnic and religious attachments whilst according their due respect, respectively.

In our articles, we have spoken up against violence and persecution committed in the name of religion around the world (e.g., “Standing up to religious violence around the world”, Malay Mail, November 24, 2020).

To quote from the article, “… EMIR Research pride ourselves in taking the central or middle ground of moderation and rejecting extremes on both sides of the spectrum or polar opposites. It, therefore, behoves us to speak up about such issues with the view of promoting solidarity, sympathy and support with the affected communities (just as in the case of the Palestinians) in the name of humanity and universal values”.

Our condemnation of Zionist colonialism and aggression is based on international law and consensus, historical legacy, and current real-world dynamics. It cannot be objectively denied that Israel has consistently blocked the path towards a two-state solution in flagrant defiance and violation of the Oslo Accords that’s supposed to have provided exactly that framework and precondition for a just, final and lasting settlement.

So much so that it’d seem a two-state solution is in reality dead in the water.

A change of position towards a one-state solution is now increasingly not only necessary but the only viable alternative for the Palestinians in the face of Zionist rejectionism and persistent intransigence.

There’s another long-standing issue that’s intriguingly almost identical to the struggle of the Palestinians for liberation and freedom from Zionist oppression and that’s the case of Kashmir.

There are basically two extreme positions here – on the one end is where the situation is cast entirely and exclusively as a Muslim versus Hindu conflict with the opposite end as the position whereby it’s purely a security issue (for India or Pakistan – depending on which country one supports).

It doesn’t have to be so.

After all, on the one side, Muslims have always been faithfully and loyally serving India whether in leadership or rank-and-file roles in the conflicts with Pakistan from the Indo-Pakistani Wars (1947/48, 1965, 1971) and the Kargil War of 1999.

For example, Idris Hasan Latif was a renowned Air Chief Marshal (ACM) of the Indian Air Force who, upon Partition, chose India over Pakistan.

Bollywood movies such as Phantom (2015) and Romeo, Akbar, Walter (2019) vividly capture the role of Indian Muslims in serving as agents or spies for the Indian intelligence agency Research & Analysis Wing (Raw) in Pakistan.

On the other side, historically, there have been notable Christians, Sikhs and Hindus who have distinguished themselves in the Pakistan military (and civil service).

This, of course, might come as a surprise to some given that minorities in Pakistan have been on a drastic decline over the decades due to (unofficial – i.e., not systematically sanctioned by the State) violent persecution (by extremists and hysterical mobs whipped up by radical clerics) and the increasingly Islamised (i.e., in external terms) character of the country.

More to the point, the Kashmir question should primarily be understood in terms of human and political rights, arguments based on pre-existing international law, constitutional and historical realities and the lived experience of the majority of the indigenous Kashmiris themselves.

That is to say, the Kashmir question understood in terms of the quest for a lasting and just solution should be considered as distinct and separate from the geo-strategic (security and defence) assessments as well as the politics and ideologies of both India and Pakistan.

This isn’t to say that the geo-strategic and intelligence assessment of Raw regarding the situation in Jammu & Kashmir is unimportant at all.

In the book, enforced disappearances/kidnapping, extra-judicial killings (including cross-border), torture, rape, and other human rights violations, etc. are all highlighted in gruesome detail.

Clampdowns include lockdowns or curfews that curb freedom of movement, restricting food and medicine supplies, shutting down schools and constraining the functioning of hospitals, suspension of communications including high-speed internet connectivity and so on that effectively crippled the daily lives of Kashmiris.

From 1989 to June 30, 2021, the following crimes against humanity were committed by the Indian occupying forces:

An inquiry by the then Jammu & Kashmir State Human Rights Commission in 2011 unearthed the discovery of around 2000 bullet-ridden bodies in unmarked graves at 38 sites across the northern part of the region.

In 2016, more than 8000 civilians were held in illegal detentions resulting from nocturnal (night-time) raids.

On-going militarisation and military violence have resulted in 41 per cent (some 1.6 million) adults in the region suffering from mental health issues.

Since the revocation of Article 370 of the Constitution of India in 2019, the oppression and suppression of the legitimate aspirations of Kashmiri Muslims have intensified.

Last year, moderate and loyalist Kashmiri politicians such as former Chief Minister Farooq Abdullah of the National Conference were detained under the controversial Public Safety Act (PSA) for no valid reasons – other than to stifle dissent – and tortured or inhumanely treated.

And there are now plans to turn Kashmir into another West Bank – with segregation and an apartheid system in place (mirroring that of Illegally Occupied Palestine) to “depopulate” the Muslim majority in the long-run.

As in the case of the two-state solution, heightened oppression and the imposition of direct rule from the centre (i.e., the central government) only serves to strengthen the case for a referendum on the future of Jammu & Kashmir.

However, illegal and unconstitutional domicile rules threatened to herald in an influx of non-Kashmiri Muslims that will critically alter the historical demographics of the region and pre-empt the fulfilment of the 18 United Nations Security Council (UNSC) resolutions in recognising the inherent right to self-determination since 1947.

The basic and fundamental right to self-determination can only be expressed through a properly constituted referendum that’s free from violent intimidation, threats and blackmail.

Towards that end, there are, therefore, two critical steps that India should initiate to address and resolve the Kashmir question.

Firstly, we call for the immediate reinstatement of the special autonomous position of Kashmir – return to the status quo ante (i.e., the previously existing state of affairs).

Secondly, a commitment and guarantee of a free and fair plebiscite (referendum) to be held in the next five years (maximum) – with only three options on the ballot paper, namely “independence”; “union with India”; or “union with Pakistan”.

At the same time, Pakistan should also ideally be encouraged to hold a referendum in the Gilgit-Baltistan area (i.e., the Kashmir region under its control/beyond the Indian Line of Control) with the same options.

China should also be required to give up the portion of the sub-region under its control, i.e., Aksai Chin. The UN should intervene by calling for Aksai Chin to be adjudicated by the International Court of Justice (ICJ).

Thirdly, the presence of the Indian occupying forces has to be considerably reduced in all civilian areas – with their role confined only to border defence and combatting cross-border intrusions and terrorism.

Instead, a UN peacekeeping force/mission should take the place of the Indian occupying force – which together with the local police (to be heavily drawn from the local populace and headed by a Kashmiri Muslim) would maintain the peace.

The struggle of Kashmiris is no different than that of the Palestinians and other oppressed peoples all over the world irrespective of ethnicity and religion.

It’s hoped that India would reverse the revocation of Article 370, allow for a referendum to take place and restore breathing space for Kashmiri Muslims once again. It might, thereby, even win hearts and minds, instead of alienating loyalists and the wider population. 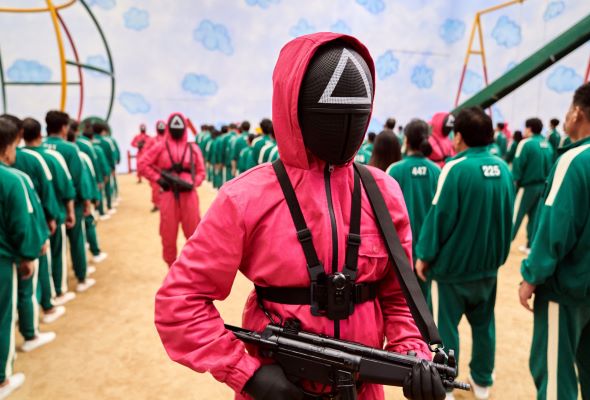 Response on the was Pas leaders handled FMT reporter
Next