Worryingly, the government’s anti-trafficking policy implementation thrust seems to have slackened – due to lack of focus, prioritisation and concerted effort. Last year, we were classified under Tier 3 of the US State Department’s Trafficking in Persons (TIPs) Report (2021). The US Department in its TIPs Report (2022) has this to say – in the opening remarks: “… Malaysia does not fully meet the minimum standards for the elimination of trafficking and is not making significant efforts to do so … [therefore, the country] remained on Tier 3”.

Sounds familiar, doesn’t it? It’s the same opening remarks as in the TIPs Report (2021) except that “downgraded” was used instead of “remained”.

It’s as if that we are always behind the “curve” and having to step into Groundhog Day, i.e., going through the same cycle of bad experience all over again.

Again, “[a]s in previous years, the government did not adequately address or criminally pursue credible allegations from multiple sources alleging [labour] trafficking in the rubber manufacturing industry and palm oil sector, with the government owning 33 percent of the third-largest palm oil company in the world”.

Worryingly, the government’s anti-trafficking policy implementation thrust seems to have slackened – due to lack of focus, prioritisation and concerted effort.

Malaysia’s downgrade comes at a time when we had amended Atipsom for the third time already. Two improvements to Atipsom were passed by Parliament in 2010 and 2015. The latest was in December 2021 – in the form of Atipsom (Amendment) Act (2022).

Some 17 amendments were made for the 2022 Act. The key changes were as follows:

Nevertheless, as the Report observed, the same challenge persists whereby officials did not consistently comprehend the definition of trafficking and continued to interpret requirement as necessitating the physical restraint of a victim. This meant prosecutors did not pursue many potential trafficking cases – especially in cases where coercion (i.e., in general and all-inclusive) was a primary element used by traffickers.

The relevant sections are Sections 13, 14, 15A, 19, 26A, 26B, and 26C. In addition, Furthermore, to strengthen the statutory duty to prosecute officials  who are complicit in human trafficking and smuggling, amendments also include the insertions of sections 13(f) and 26B(d) of Atipsom which provide that “a public officer who commits an offence of trafficking in persons and smuggling of migrants respectively in the performance of his public duties commits an aggravated offence …” which results in imprisonment for life or for a term not less than five years, and whipping.

Notwithstanding and despite all three amendments, including the 2022 Act, it seems that we still lack the political will and are hampered by institutional(ised) and structural inertia in ensuring that the intended outcomes and provisions are materialised (and on a higher level).

The TIPs Report (2022) has identified several measures to redress the setbacks.

Not least, EMIR Research calls for a Second Minister for Human Resources (Human Trafficking and Smuggling) to be appointed – from civil society. The Second Minister will take over from the Minister of Human Resources on all matters pertaining to trafficking in persons and human smuggling and will be the sole minister concerned sitting and representing the government in Mapo ((Anti-Trafficking in Persons and Anti-Smuggling of Migrants Council).

A paradigm shift by the government remains in order to ensure that the 2022 Act together with the weaknesses and gaps identified in the TIPS Report (2022) are fully implemented and enforced.

Trafficking in persons and modern slavery should be conceptualised and regarded as going beyond criminality, i.e., a breach of national security. Just as in the case of food security, human trafficking weakens our security and sovereignty. This by enabling the infiltration, exfiltration, penetration and by-passing of the nation’s borders and territory.

This in turn exposes and reinforces weaknesses and defects in as well as undermines our national security which could be easily exploited in a hypothetical scenario by a potential enemy/aggressor – to carry out terrorist or subversive acts, e.g., decapitation tactic aimed at the centre of gravity, i.e., the political and administrative elite or leadership.

Although even since the Haadyai Accord (1989) between the government of Malaysia and the Communist Party of Malaya (CPM), we have never experienced any terrorist threat – or even to the extent like the situation in the Republic of Korea (ROK) with the North Korean (DPRK) commando raid on the presidential Blue House in 1968, any compromise of our national security that isn’t seriously addressed risks undermining our nation’s defence strategy and capabilities.

The State should re-think its attitude towards human trafficking and migrant smuggling by importing and integrating anti-insurgency strategies and tactics – of which are we’re very experienced – in the effort to combat modern slavery.

The problem is also linked to the wider issue of systemic corruption and malpractices among enforcement and other public officials. Tackling the issue of human trafficking and smuggling is, therefore, should also be seen as part of eradicating the scourge of corruption from our society.

Lastly but not least, being on Tier 3 second in a row is a huge national and international embarrassment.

Let’s make our way towards Tier 1 and restore the lost shine to our international reputation (which has been marred on other fronts also). 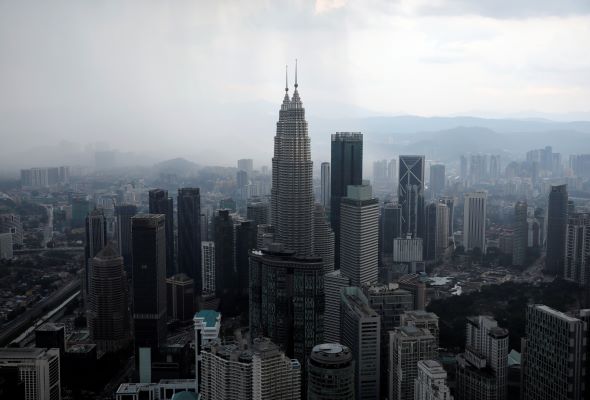 Who cares? Elderly abandonment and the welfare of informal carers
Next