It is understood that the tax could be levied as a percentage of the gross selling price of a unit.

With property overhang continuing to overshadow the housing industry, particularly  high-end properties such as condominiums, and the wider real estate market as a structural problem, the government has taken a step in the right direction by proposing a “vacancy tax” recently.

Minister of Housing and Local Government Zuraida Kamaruddin said the vacancy tax will be introduced early next year and imposed on developers who fail to clear their outstanding residential stock.

The tax formula had already been tabled at the National Economic Council on August 19.

The announcement comes amidst a sobering review by Bank Negara in its Second Quarterly (Q2) Report. Overall, domestic demand declined by 18.7% in the second quarter whereas the construction sector declined by a staggering 44.5% in the same period.

This means that the housing industry experienced a severe drop in productivity with cost ramifications due to delay in restarting construction activities.

Combined with shrinking aggregate demand and dampened consumer sentiment, recovery can only take place with further government intervention in addition to pre-existing measures such as exemption in sales and services tax (SST) for construction materials.

It needs to be pointed out that developers are already burdened with compliance costs, which include utilities charges, capital contributions and levies, development charges, improvement service fund (ISF), strata title application and land conversion premiums.

This is why the industrialised building system (IBS) or pre-fabricated construction, modular building and automation are some of the ways forward for developers to reduce costs while improving productivity.

Other ways to address and mitigate the burden shouldered by developers could be via public-private partnership (PPP) models such as build-operate-transfer or BOT. This is where the PPP approach is turned on its head – it’s the government that’s helping to shoulder the burden of developers, instead of vice-versa. To be sure, it’s not free lunch, either.

Not least, the government should revive the proposal of making utility companies to bear the infrastructural costs of the amenities, one that was already agreed in principle previously.

There can also be capital expenditure (capex)/operating expenditure (opex) burden-sharing. Coordination between the federal and state governments is another.

The vacancy tax will alleviate further the problem of supply overhang defined as residential units which have received certificate of completion and compliance (CCC) but remained unsold for more than nine months after launch.

It compels developers to clear outstanding stock by offering discounts, thus lowering the selling price as part of the effort to curb speculation and also to enable more locals to afford high-end properties.

The lower pricing would encourage more loans to be approved and disbursed on the basis of a healthy debt-to-service ratio (DSR), thus contributing to resolving the problem of loan application rejections by banks.

Developers also benefit from improved cash flow. Any losses should be made tax deductible as part of the vacancy tax structure.

The vacancy tax will also help stabilise the property market by redressing and correcting the supply-demand mismatch. It has to be noted that unsold properties can accumulate from previous launch, worsening the existing glut in the market. It would also encourage better planning and projection by developers in the form of market and feasibility studies.

Unsold properties could be left permanently vacant, and this definitely represents a direct opportunity cost for the government in terms of revenue (tax and non-tax).

The vacancy tax should be conceptualised as being deployed in tandem with the real property gains tax (RPGT) as coordinated policy tools. Currently, under Penjana, RPGT is exempted from June 1 this year to December 31 next year, limited to the disposal of 3 units of residential property per individual.

Taken together, the proposed introduction of the vacancy tax and RPGT exemption would contribute towards easing the housing market post-movement control order (MCO).

Detractors argue that market forces should be free to determine the outcome of the sale/non-sale of the unsold units. Unfortunately, the reality is that the market isn’t always self-correcting and in an “equilibrium” mode. The high-end property market is a classic example.

In fact, it could be argued that non-intervention by the government in this respect is tantamount to a form of “negative bailing-out” in that less profits made as a result of the unsold units could be then subject to less corporate tax.

As for the moral argument that it’s unfair to earlier buyers, there isn’t much difference with Bank Negara’s current drastic lowering of the interest rate which amounts to a similar outcome.

Clearly, the vacancy tax is not to disincentivise developers from building high-end properties but merely to discourage them from overbuilding.

Again, to be sure, the vacancy tax would only apply to properties priced RM500,000 and above as the other tiers such as affordable homes are not subject to overhang in the same way.

At the end of the day, the vacancy tax is about ensuring the market works efficiently for all stakeholders involved – government, developer and buyer. 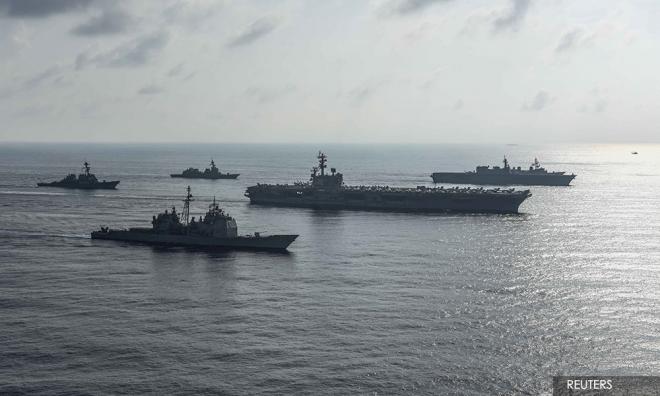