What does Umno really want?

This is not to say that Zahid wasn’t elected democratically as the president but so that Umno would not forever be the “sick man” of PN.

Just as daily Covid-19 infection figures are showing a downward trend and the economy in general is beginning to show signs of recovery, Umno is at it again with its politicking that will only cause instability to the country.

One wonders what it is that Umno really wants.

It has made crystal clear its intention since Day 1 of supporting the Perikatan Nasional (PN) government helmed by Bersatu with Muhyiddin Yassin as prime minister, based on the understanding to save Malaysia by forming a coalition government due to the failure of Pakatan Harapan (PH) – nothing more.

In the early days of the coalition, there was a buddy-buddy spirit between the two due to their success in disposing the PH government, hence the question of Bersatu joining the political pact Muafakat Nasional (MN), formed between Umno and PAS, along with the possibility of the three parties becoming members of PN in the spirit of Malay unity which were discussed and entertained in a very cordial manner.

There was even talk of seat negotiations among the three parties to face the 15th general election (GE15) to avoid multiple contests.

But things started to change after July 28 when former Umno president and former prime minister Najib Razak was sentenced to 12 years in jail and fined RM210 million for his crimes of corruption.

Two days later on July 30, Umno president Ahmad Zahid Hamidi announced that the party would not be joining the PN coalition. “Umno has decided to not join PN,” Zahid said in a statement.

The party would instead strengthen the MN coalition together with PAS and Barisan Nasional (BN) component parties, according to the Umno president.

“Our support for the PN government is only based on support from Umno and BN MPs and assemblymen to form the federal government and certain state governments,” Zahid said.

What this basically meant was that while Umno had decided against officially joining the PN coalition, the party had not withdrawn its support for the PN government.

The move, while apparently conflicting, allowed Muhyiddin to remain as the eighth prime minister. This was consistent with Umno’s stance on Day 1 of the formation of the PN government. The only new thing was its resolve not to formally join PN.

The announcement came on the same day a snap election in Sabah was announced after then-chief minister Shafie Apdal dissolved the state assembly amid a political crisis.

In the lead-up to the Sabah election, Zahid pre-empted Muhyiddin by announcing that the party in the Gabungan Rakyat Sabah (GRS) grand coalition led by Muhyiddin which won the most seats should have a say in deciding on the chief minister. He went on to nominate Sabah Umno chief Bung Moktar Radin for that position if Umno were to win the most seats.

This was like counting chickens before the eggs were hatched, and a snub to Muhyiddin as the leader of GRS. Not to mention the nomination of Bung Moktar itself had initially generated controversy among the Sabah Umno members. And matters like this are best discussed behind closed doors as some sort of election strategy.

In the end, Muhyiddin decided on the basis that the coalition in the grand coalition of GRS with the most seats should have the right to name the chief minister, and he did this only after the election results were known, unlike Zahid who brought it up in the heat of campaigning.

And so, Sabah Bersatu chairman Hajiji Mohd Noor was named as the new chief minister because the PN coalition in GRS obtained the most seats (17 compared to BN’s 14).

This did not stop Umno leaders later on from somehow alleging that Muhyiddin’s decision was an example of a small party (Bersatu) bullying a big party (Umno).

Thing took a turn for the worse when, at the height of the ongoing saga of opposition leader Anwar Ibrahim dropping his bombshell in September that he had strong, formidable and convincing numbers to form the government, it was alleged that Umno leaders Najib and Zahid had written to the Istana of their support for Anwar as the new prime minister.

To this day, both Najib and Zahid have remained mum on the issue, while former BN secretary-general Annuar Musa has provided the evidence of it.

The plot thickened when, in December, an attempt by Umno to take over the Perak government which was helmed by Bersatu succeeded with the assistance of opposition members of the state assembly – DAP and PKR.

The funny thing about this takeover was that it was the result of a motion of confidence put forth by an Umno assemblyman for Bersatu menteri besar (MB) Ahmad Faizal Azumu, but when it came to voting time, the majority of Umno assemblymen voted against the MB.

Normally, when a motion of confidence is put up by a party, the party concerned is duty-bound to support the MB, unlike a motion of no confidence. So, who is bullying who? This is perhaps the reason why Zahid had to make a public apology to Muhyiddin and PAS president Abdul Hadi Awang whose assemblymen had supported Faizal in the motion.

It was at this time that the possibility of Umno working with Anwar and DAP was mooted which later led to Annuar Musa saying this was against Umno’s known policy stance of “No Anwar, No DAP”.

More bad news came when two Umno MPs withdrew their support for PN in January, reducing the PN government’s majority to one, pouring scorn on Umno’s official intention since Day 1 to support the PN government.

If this is indeed Umno’s official stance, why was there no action taken against the two MPs?

Either this reflects a weak Umno under Zahid which can’t even discipline its own members or it has been the clear intention of Umno all along to pay lip service as part of the PN coalition government against PH until GE15.

Perhaps it is timely for the advice of former deputy prime minister and former deputy president of Umno, Musa Hitam, for Umno to put aside leaders with criminal charges in order for the party to move forward, to be taken seriously.

This is not to say that Zahid wasn’t elected democratically as the president but so that Umno would not forever be the “sick man” of PN.

Through it all, the response of Bersatu especially Muhyiddin, was exemplary in being measured. It was the same trademark response of Muhyiddin towards Dr Mahathir Mohamad during the Bersatu crisis when the latter insisted he was still the chairman of the party. He wished the former prime minister well and there was no recrimination in his response against the former leader who had used harsh words in criticising the PM.

Likewise, Bersatu’s recent response towards Zahid’s letter of cooperation with PN until GE15 was greeted by Muhyiddin in a gentlemanly manner.

At the beginning of the article, I posed the question of what is it that Umno really wants.

Some observers have posited that Umno is of one mind with the opposition, especially Anwar, in wanting to see Muhyiddin go, but it does not want to see Anwar as the new PM once Muhyiddin goes. And Umno at this moment is also clueless on who should be the new PM, hence its wavering on going all out in not supporting PN.

If this is indeed true, let’s hope Umno and the opposition can be more patient in seeing the country free from Covid-19 and the economy on the road to recovery before putting this scheme into action. Otherwise, the country will face instability, instability and instability and the people too will suffer, suffer and suffer.

Jamari Mohtar is director of media & communications at EMIR Research, an independent think tank focused on strategic policy recommendations based on rigorous research. Ecotourism: Opportunity For The Tourism Sector In Malaysia To Revive
Previous 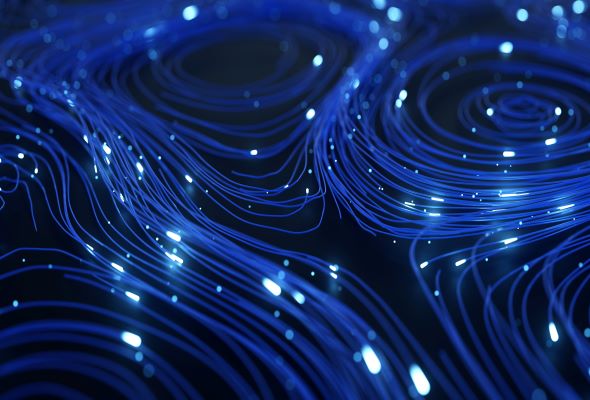 Towards Sovereign 4IR
Next