Science invites those on the both side of Ivermectin divide to relook into this issue in a more balanced data-driven way.

By Rais Hussin and Margarita Peredaryenko
2 198 0 Despite some bad impression the Ivermectin, a Nobel prize-winning drug with a wide margin of safety and decades of safety data, has received recently due to overdose cases, to form an educated opinion on it we must look at the whole spectrum of information comprising only scientific facts and hard empirical evidence.

This is especially important when the drug may have a potential to provide a safety bridge to full vaccination (but not vaccine substitution in any measure) without devastating the economy and keep our back, even in the presence of variants, should the current vaccines start failing us.

First, we clarify that the following discussion is all about human-grade Ivermectin, while the animal-grade version is not for humans and its effects are largely unknown. And even human-grade Ivermectin is strictly not for self-medication until proper guidance from the health authorities.

Furthermore, this discussion is not to provide ground to either proponents or opponents of Ivermectin but to invite both sides to relook into this issue in a more detailed and balanced way backed by science. After all, we are not out of the wood yet with this pandemic, while the science behind Ivermectin may have a valuable piece of knowledge to face current and possible future pandemics.

SARS-CoV-2 is not the first virus to draw scientists’ close attention to this drug. Near five decades of scientific literature documents Ivermectin’s potent virostatic effects on a broad range of RNA and DNA viruses such as Zika, dengue, yellow fever, West Nile, Human immunodeficiency virus type 1 and many others.

The recent research significantly expands understanding of the link between this humble de-wormer and various viral infections, including SARS-CoV-2.

Ivermectin, primarily discovered for its deworming function, acts on parasites’ neural and muscle cells by hyperpolarising them, interrupting proper functioning and causing paralysis and death for parasites. Though the drug is safe for humans in therapeutic doses (FDA approved) of 150 – 200 μg per kg of body weight and even higher doses as documented in the literature in various protocol regimes.

However, if Ivermectin crosses the blood-brain barrier, it may cause brain damage. In other words, it is not to be consumed by those with a compromised blood-brain barrier—for example, meningitis patients, children below two years old or below 15 kg weight, and pregnant or breastfeeding women due to danger for the child.

Furthermore, people with impaired liver or kidney function should also be cautious with Ivermectin. However, many people might be unaware of their liver or kidney malfunction, which underscores once again that Ivermectin is strictly not for self-medication.

But research discovers that Ivermectin’s beneficial functions do not stop at paralysing worms and here science gets exciting.

Although Ivermectin does not kill the virus directly, its several mechanisms inhibit viral replication and could be best described as having a virostatic effect.

First, Ivermectin is found to inhibit SARS-CoV-2 ability (and primary target) to suppress the host’s cellular defensive mechanisms. As a result, the cell can recognise the viral intrusion and ramp up not only its own defence but inform the neighbouring cells to ramp up their defences as well.

Additionally, in silico examinations of molecular docking capabilities revealed that Ivermectin efficiently binds to the SARS-CoV-2 S-protein as well as to the human cell receptors ACE-2. While being sandwiched between these two structures, Ivermectin can prevent viral entry into human cells.

On top of all that, Ivermectin possibly reduces blood-vessel clotting observed in SARS-CoV-2 patients. The malaria parasite is well known to cause Red Blood Cells (RBC) clumping due to simultaneous binding with multiple RBCs via the CD147 receptor, which it uses to penetrate RBC. The same CD147 receptor is identified as a key binding site, apart from ACE2, for SARS-CoV-2 S-protein and therefore possibly contributing to blood clotting by binding only.

This possibly explains reduced odds of severe disease outcomes among individuals with O blood group observed for malaria and SARS-CoV-2 alike due to lower CD147 density on RBCs of this blood type.

As mentioned above the Ivermectin molecule can bind with S-protein and therefore reduce blood clotting in SARS-CoV-2. The figure below illustrates the concept.

The above scientific rationale made Ivermectin one of the most looked into potential repurposed drugs for COVID-19 management at all stages—from the prophylaxis to critical care.

The most recent, comprehensive and methodology-robust meta-analytical systematic reviews on efficacy and safety of Ivermectin therapy against Covid-19 which restricted the included studies to the highest level of evidence, that is, randomized clinical trials (RCTs) were published on June 6 2021 (based on 19 RCTs) and June 21 2021 (based on 24 RCTs). To remind, meta-analysis is a systematic statistical method of summarising empirical findings from several similar studies with due consideration of any flaws in the evidence.

Both of the above mentioned meta-analytical studies came to similar conclusion that Ivermectin was associated with reduced risk of mortality and progression to severe disease in Covid-19 management. The latter study also found that Ivermectin prophylaxis reduced COVID-19 infection by an average of 86% but graded this finding as low-certainty due to underlying study design limitations and fewer included trials. There were too few adverse events reported which were not clearly associated with the use of Ivermectin and also minor and transitory in nature.

However, another recent meta-analytical review published on July 28 2021 in Cochrane Library—database highly regarded in the medical field, found no evidence of Ivermectin benefits in Covid-19 treatment.

One important variable that might explain these contradictory results between meta-analytical studies is dosage and protocol. Indeed, majority of the studies included in Cochrane review, in contrast with to other reviews, used very low, close to therapeutic dose of Ivermectin. Meanwhile it is already generally understood in the medical field that even if Ivermectin is to have beneficial effect in Covid-19 treatment outcome it can be achieved mostly at higher than therapeutic doses. Therefore future research, whether RCTs or meta-analytical reviews should gear towards ascertaining the effect of Ivermectin dose.

In light of the above scientific rationale and empirical evidence, the fact that Malaysia’s authorities at last initiated their own Ivermectin clinical trial (I-TECH study) is a highly positive development. Although, it could have been done earlier.

Furthermore it is positive that the target cohort for I-TECH study is those in the very early stage of the disease (Stage 2-3)—admitted to hospitals or placed in the quarantine centres. This is because the use of Ivermectin as an early treatment for those who have no immunity against Covid-19 (natural or vaccine-induced) has the greatest potential to effectively flatten the curve without economic collapse—form of a safety bridge to the time of full vaccination.

Furthermore, given the current public pressure for Ivermectin treatment and anecdotal evidence of its ongoing unauthorised use, volunteers recruitment can be expediated.

Should the study show positive results the strategy is clear—massive and quick testing and early Ivermectin treatment for those with no immunity against Covid-19. This is similar to what Peru authorities have done in May 2020—one of the largest documented case studies on the population-wide use of Ivermectin for Covid-19 treatment with apparent success.

Importantly, note that most of the identified mechanisms of action on SARS-CoV-2 by Ivermectin are not impacted by the presence of SARS-CoV-2 variants. Therefore, this drug has the potential to keep our back in case if current vaccines start losing their efficacy in the face of new variants.

Meanwhile, it is worrying that anecdotal evidence suggests ongoing unauthorised sale and re-sale of the Ivermectin in Malaysia and lives of Malaysians are in double jeopardy due to concern over the drug’s authenticity and its use without proper medical guidance in terms of dosage, protocol or contraindications, and supervision. Hopefully, health authorities can come up with some swift and definitive actions on all of the above. 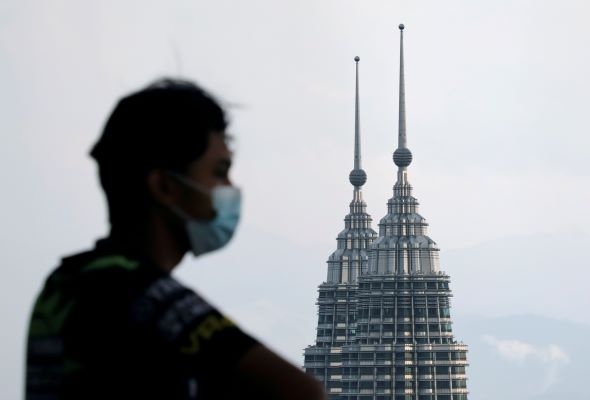 Amend the Federal Constitution for specific types of emergencies
Next