A good beginning for Sabah but more can be done 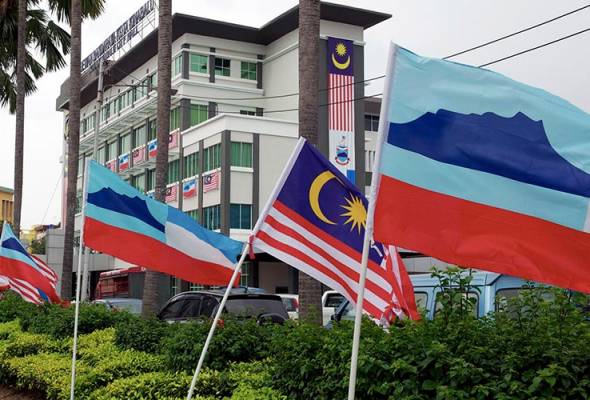 ALTHOUGH the new Sabah state administration only came into power for four months, their willingness in expediting infrastructure projects and boosting economic growth provides a spark of hope for Sabahans who always aspire to enjoy better socio-economic development within the state.

This can be seen when Sabah Chief Minister Datuk Seri Hajiji Noor is committed to expand 4G coverage and boost internet speed in Sabah under the National Digital Network (Jendela) project.

To further realise state economic potential, Hajiji works closely with federal ministries by focusing on agricultural, industrial and tourism development that is in line with the soon to be released Sabah Maju Jaya (SMJ) Development Plan 2021-2025.

Given the contributions of the agriculture and manufacturing sectors were only 16.1% and 7.6% of the Sabah’s gross domestic product (GDP) respectively as of 2019, it is relatively a strategic move for the current state government to focus on the agriculture and industrial sectors.

It is also laudable the current state administration is following the federal’s footstep, advocating green infrastructure agenda in the Sabah’s Budget 2021. With the help of green and modern agricultural technology, it would enhance the value of production while providing job opportunities for Sabahans to work in the renewable sectors.

Despite the ripple effects arising from both the Covid-19 and the floods at the beginning of 2021, the prompt action by Hajiji in approving RM150 million worth of the emergency fund to repair 41 roads damaged in the state-wide floods was highly commendable.

Although there are relatively lesser Covid-19 cases being recorded in Sabah during the past few days (i.e., from 276 cases on Feb 2 to 160 cases on Feb 7), the prolonged school closure continuously provides enormous challenges particularly among students who are based in rural areas, as they still have to depend on a particular spot to gain internet access for online learning.

Teachers in rural areas also found it challenging to implement home-based teaching and learning (PdPR) sessions with their students, as either the students have limited access in digital devices or choose to skip online lessons.

Therefore, there is no clear indication on whether the provision of data credit and laptops by the government, corporates and non-governmental organisations would effectively address the issue of education access among the children from the rural areas of Sabah.

Furthermore, the on-and-off state-wide lockdown measures since mid-March last year led many tourism industry players to begin expressing concerns over the catastrophic consequences of the 2nd phase of the Movement Control Order (MCO).

Even though the Malaysian Economic and Rakyat Protection Assistance Package (Permai) will provide 10% electricity bills discounts for the hotel operators, local airline offices and travel agencies from January to March, the Sabah Tourist Association (STA), the Malaysian Association of Hotels and the Budget Hotel Association indicated it is still not sufficient for them to ride out the economic storm.

With the continuous closure of international borders and inter-state travel ban, this might eventually force more hotels and tour agencies in Sabah to shutter either temporarily or permanently.

Aside from hotel owners and tour operators, the retail sector is expected to remain vulnerable. Due to the fear of virus infection, many Sabahans choose to reduce their frequency of going to the shopping centres since the end September.

With limited shoppers, many retailers were unable to operate at full capacity or at the pre-COVID-19 level. Some of the retailers were pessimistic on their business outlook as empty malls can be seen in Sabah even though Chinese New Year is around the corner.

As no dine-ins are allowed in Sabah, some of the coffee shop owners in Sabah indicated their businesses would suffer by at least 60%. Therefore, there is an increasing concern that more retail and coffee shop owners would choose to end their businesses forever as they could not afford to pay associated operational expenses such as workers’ salary and utilities related expenses.

Not only the employers, the workers who are from low-income families are arguably more vulnerable today compared to where they were back in March last year. With the loss of job and income, they will fall deeper into poverty and debt. They might not even afford to buy daily necessities to sustain their living.

Instead of purely relying on the Permai package that was introduced by the federal government, the Sabah state government should introduce additional stimulus package – giving temporary relief for the tourism industry players, retailers, coffee shop owners, low-income and vulnerable groups in Sabah as well as preventing more Sabahans from losing their jobs.

It would not only help to overcome insufficient online learning access in rural areas or for families with limited devices or Internet plans, but the lessons also can be played repeatedly 24 hours a day.

He also proposed MOE to organise the dissemination of recording lessons to schools, ensuring students in the B40 and M40 families are not left behind in their studies during the school closure.

Although the current Sabah state government is considering the provision of electronic devices to the underprivileged students in the state, it is also crucial for the teachers to have close contact with their students from the underprivileged families by distributing physical learning materials and organising regular home visits.

As the R0 (R-naught) for Sabah has dropped to 0.83 – a relatively manageable level to control the virus infection, the Sabah state government should not purely follow on the federal’s move by introducing conditional MCO (CMCO) to allow more business sectors such as spa, beauty and reflexology sectors resuming their operations, while still stressing the importance for all Sabahans to observe the SOPs.

When the Sabah state government is attentive to the welfare of Sabahans, the state would be able to better weather the health crisis eventually and reap more socio-economic development in the state. 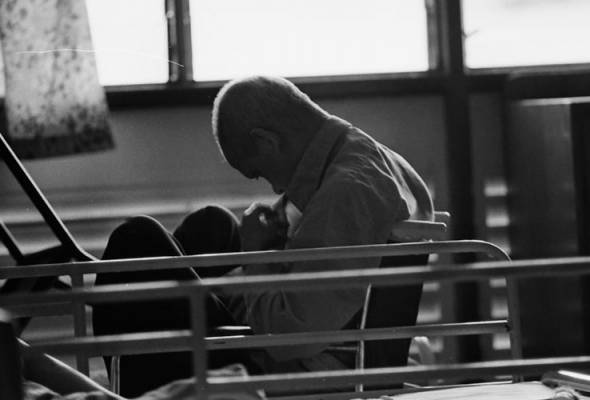 Coping With The Challenges Of An Ageing Population
Next