Biden or Trump: Malaysia is ready with the inevitable

Regardless of who wins, Malaysian Government must stand ready to enforce our own democracy.

Foreign Policy, one of the most prestigious magazines in the world affirmed, that if President Donald Trump is re-elected the US is looking at becoming the next “Bulgaria.”

The author was referring to the entrenched corruption of Bulgaria, which has become more and more serious.

As this is written, there are signs that Americans are angry, potentially against Trump. Even before November 3, “the official day of the election, where the President, Congressman, Senators, Governors, and Lieutenant Governors, could be elected,” a phrase that came right out of presidential contender Joe Biden, the mail ballots had reached an all time high of more than 100 million votes.

As Joe Biden said, “Don’t just vote for me folks, there are many of whom you need to put into office too.” In more ways than one, Joe Biden was gunning for a total victory at the White House, the Senate, the Congress, and the 50 states, that formed the United States of America.

“My message is simple,” Biden said. “The power to change the country is in your hands.” His remarks there come amid record-setting early in-person voting in Cuyahoga County, a major Democratic county in a Trump-friendly state that his team has watched closely. Ohio, which helped deliver the presidency to Donald J. Trump in 2016, is still seen by many Democrats as a reach for Biden.

But Biden’s campaign is seeking to create as many pathways to 270 electoral votes as possible, and a number of officials on Mr. Biden’s team have personal connections to the state, including Steve Ricchetti, a top Biden adviser and Ohio native.

Malaysians should understand the emotional cartharsis, with which Americans are in the main anti-Trump. Although he and his wife recovered from Covid-19, as did the rest of his team in the West Wing of the office, 231,540 Americans have died, with more than 9,473,581 positive cases as of November 2, 2020. Comparatively, the Covid19 deaths in the US is more than 3,182 times the casualty of the attacks of September 11 which stood at 2,977. A whopping 318,225 per cent increase. And still growing !

To add salt to the wound, aside from suggesting at one stage in August 2020, that Americans can cure themselves by “drinking or injecting bleach” which Trump later jibed it was a sarcastic remark, the condescending attitude of Trump towards science, Americans and other Covid 19 patients, including those in Malaysia, never seemed to end. Why?

In his closing remarks before the start of the election day, President Trump chose to deny the existence of coronavirus or what he called “Covid, Covid, Covid.” According to President Trump, Covid 19 was but a concoction or a lie by the doctors so that the latter can make more money from the innocent Americans..

Such a remark is incendiary and wild, to say the least, as the doctors and nurses, who are trying to save the lives of the Americans, are transformed into the enemies of the people.

As early voting ended Monday night, 35.7 million people had voted in person and 63.9 million had cast ballots by mail, according to the US Elections Project, a nonpartisan website run by Michael McDonald, a University of Florida professor who tracks county-level data.

These numbers represent, not only a tectonic shift away from one-day voting, but the staple of the American electoral system for centuries. Americans are angry, distressed, and fed-up with President Trump and his core supporters who have tried to hijack America, as it is is theirs for the taking. .

Not forgetting how Trump and the Republicans tried to suppress voting and voters including ballots that has been cast through the spurious use of courts. It was, however, thrown out by the state and federal courts.

As this is written in the wee hours of Nov 4 in Kuala Lumpur, no one knows who who will win. But given the large turn out, President Trump and his enablers over the last four years may yet get a thumping. Regardless of who wins,

Malaysian governnent must stand ready to enforce our own democracy, to ensure that it does not descend to the standard of the United States which we have witnessed in the last one year alone, where pandemic was denied, mishandled, where hundreds of lawyers on either side of the parties are trying to invalidate the ballots.

This bring us to Trump’s arrogated statement that the virus will just disappear back in February/March 2020. Ironically will the Covid19, actually make him disappear from his presidency especially with his monumental failure in managing the pandemic with records new daily positive cases and deaths in the US.

Will multilateralists Biden, win over unilateralists abrasive Trump? The world is watching. 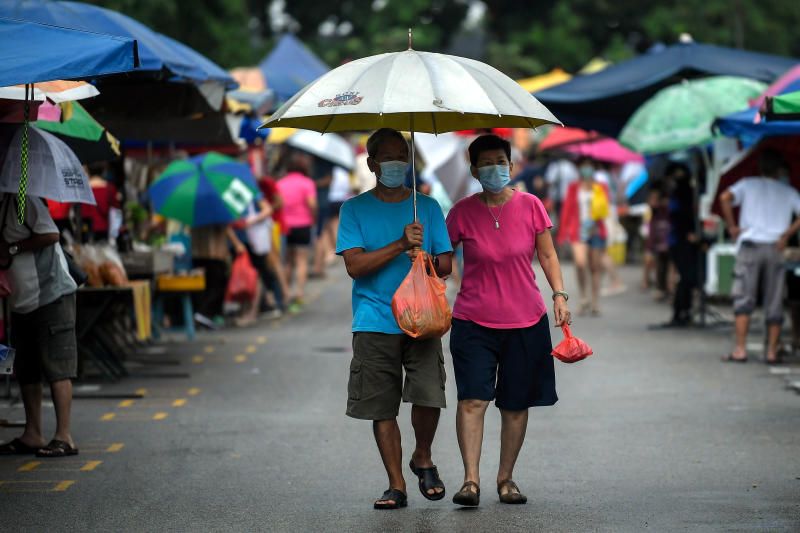 Budget 2021: More for the vulnerable rakyat
Next