A viable alternative is that the current method of general taxation is supplemented by a health insurance scheme paid for by a special or dedicated contribution. In ensuring that affordable healthcare in Malaysia would be sustainable in the long-run, one of the solutions might just be fiscal de-centralisation or devolution. By affordability, it’s meant to cover both the provider, i.e. the federal government as well as the user, i.e. the B40 and certain segments of the M40 groups.

Currently as it is, the Ministry of Health (MOH) receives funding from the Consolidated Fund via the budgetary allocation under the Ministry of Finance (MOF). For Budget 2020, MOH received RM30.6 billion compared to RM28.7 billion last year. This represents an increase of nearly RM2 billion or 6.6 per cent.

This is set against the backdrop of rising healthcare costs – adding pressure on the cost of living for the B40 and many of the M40. Healthcare costs and cost of living are some of the core concerns of the rakyat as epitomised by the National Worry Index (NWI) which has been designed by EMIR Research for our quarterly polls.

Previous administrations have raised the need for a national or social health insurance scheme on the basis that the current mode or method of financing might no longer be sustainable.

When we look to other countries, the UK with its world-renowned National Health Service (NHS) continues till this day, despite years of austerity, to be dependent on general taxation together with national insurance (NI) contributions. In funding the NHS, NI is in effect a semi-hypothecated, i.e. special or dedicated, tax.

Could a Malaysian NI be the much-vaunted solution to the affordability of our healthcare system?

So that perhaps a viable alternative is that the current method of general taxation can still be left intact to be supplemented and complemented by a national and social health insurance scheme paid for by a special or dedicated contribution. And that the insurance premiums will go directly into the revenue stream of the respective state governments, as part of the broader fiscal de-centralisation trend.

Therefore, such a scheme would not, in terms of expectation, be funded wholly by general taxation (as in Medicare and Medicaid, US) and would not for now be applicable to public hospitals (as in Medisave and Medishield, Singapore).

It is national or social because, like the previously jettisoned 1Care, it’d be compulsory but limited only to the B40 and lower segments of the M40 nationwide.

However, unlike 1Care, the administrator shouldn’t be a centralised body that is the National Healthcare Financing Authority (NHFA).

It would be better to let the respective states to administer their respective insurance schemes.

In practice, such a state-administered healthcare insurance scheme will, therefore, be limited to private hospitals only for starters.

The insurance model will operate in tandem with the existing heavy subsidies in government hospitals.

This is in addition to the existing MySalam takaful healthcare insurance applicable to (federal) government, university and military hospitals.

Concretely, the development of a state-administered healthcare insurance is being pioneered and trailblazed by the Selangor state government, as reported by Code Blue (Galen Centre). The Selangor state government is revamping its existing Peduli Sihat into an RM1.4 billion healthcare insurance scheme by 2021 with basic coverage for low-income residents. The new Peduli Sihat Insurance Scheme will provide benefits for death, chronic diseases, disability, as well as outpatient treatment in private clinics.

Under the Selangor model, the insurance premiums are to be borne by the state – instead of the policy holder – at RM500 per family totalling RM42.5 million for 85,000 families.

Going forward, the further expansion of the private healthcare insurance coverage market by way of insurance premiums borne by the policy holder, subsidised or not, could be an impetus and catalyst in turn for the expansion of more private hospitals under the auspices of state government-linked companies to be built.

Proceeds from the premiums could also be partially invested in the construction of hospitals and provision of the healthcare facilities owned by the state-government linked companies (like Selgate Corporation owned by PKNS and KPJ owned by Johor Corporation). Any shortfall could still be covered by the relevant state government-linked companies.

This should widen access at affordable rates to these private hospitals.

The introduction of a state-administered healthcare insurance scheme might also spur the construction of specialist hospitals owned by state government-linked companies not in the sense of provision of the type of services but the target patients as the “brand” differentiation (e.g. B40 users as differentiated from medical tourists).

This has a critical ramification for access to and delivery of outpatient and inpatient services. Cutting back on the bottleneck of waiting times for diagnostic procedures such as MRI scans, CT scans, treadmill tests, echocardiograms, angiograms, etc. and ensuring no shortage beds available are some of the key concerns when it comes to public hospitals.

This can take place when some of the hospitals owned by the state government-linked companies specialise in providing healthcare services dedicated to their core constituents – across the spectrum of operations – from planning for admissions and triage of priorities (treatment) to the execution of the types of operations or surgeries.

In conclusion, if de-centralising the national or social healthcare insurance coverage were to be in sync with fiscal decentralisation, affordability of the healthcare system on the whole could be more sustainable and flourish better in the long-run. 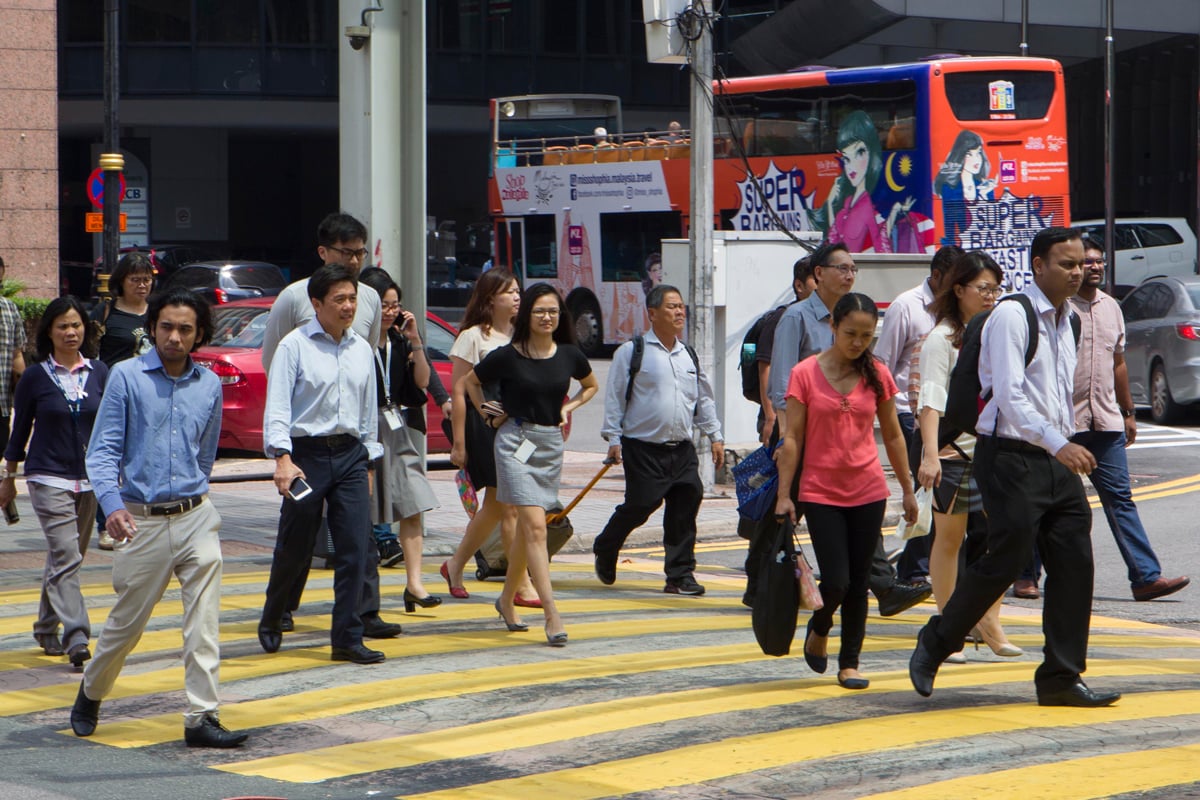 Biden or Trump: Malaysia is ready with the inevitable
Next