The fiscal strategy shouldn’t be to broaden the fiscal base as yet. 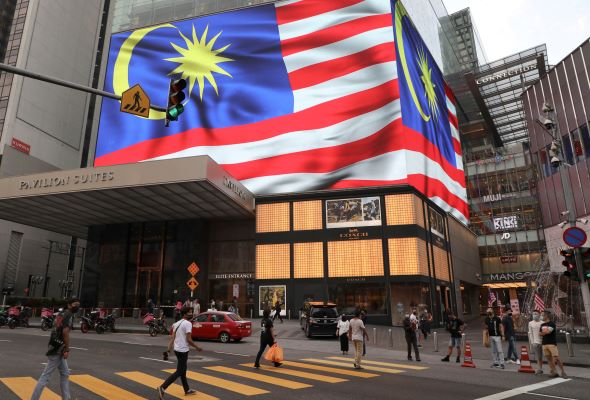 Parliament has just passed the Windfall Profit Levy (Amendment) Bill 2021 (October 12). Whilst the government has insisted that it has no plans to impose the tax, the Bill could be seen as a preparation for any eventuality.

For now, the priority is consultation with the relevant industry players before making any (final) decision.

Before that, the statutory debt ceiling was approved by Parliament (October 11) – from 60% of the gross domestic product (GDP) to 65%.

This should allow for greater fiscal room for Budget 2022 as laying the momentum for the implementation of the 12th Malaysia Plan (12MP).

At one point in time, under the administration of a former Prime Minister known for his technocratic flair, some of his leading advisers (technocrats themselves roped in from the corporate world) held up Greece as the bogeyman because of its very high debt-to-GDP ratio – exceeding 100%.

This is rather ironic given that the year before (i.e., in 2009), it’s under the same Prime Minister that the statutory debt ceiling was increased from 45% to 55% (amidst the Great Financial Crisis emanating from the US and UK).

This in tandem with the ECB’s Long-Term Refinancing Operations (LTRO) that promoted purchases of government bonds by the Greek commercial banks. This is because under the LTRO by the ECB offered directly through the facilities maintained at the NCB of Greece, these bonds are accepted as collateral for ultra-cheap loans (to be, in turn, loaned out to the real economy).

In short, there’s no sovereign debt default and, therefore, bankruptcy (despite giving up its own currency which, actually, isn’t advisable at all) precisely because the ECB has been:

The bottom line is that, if a semi-sovereign country like Greece isn’t allowed to go bankrupt, all the more a fully-fledged sovereign entity like Malaysia will never default as long as the vast majority – as in 97% – of our debt is issued in the ringgit.

The Reinhart-Rogoff thesis that debt-to-GDP ratio above 90% points to an unsustainable trajectory hasn’t been proven conclusive at all and there’s also the issue of “spreadsheet error” (using Excel).

Notwithstanding, it’s true also that the government can’t just rely on deficit financing derived from borrowings alone, but must also ensure the “appropriate” balance from taxation.

Otherwise, wealth and income inequality or gap could widen on the back of (unnecessary) inflationary pressure.

Critically, it’s also to ensure that our tax-to-GDP ratio that has been on a steady decline over the years keeps pace with economic growth and development. The ratio declined to 12% in 2019 from 16.1 per cent in 2012, according to the OECD (Organisation of Economic Cooperation and Development). This is below the Asia and Pacific average of 21% and also below the OECD average of 33.8%.

So, the government is right to consider new sources of revenue under Budget 2022 and the 12MP.

However, in the call for introducing new taxes specific to and targeted at certain sectors and groups, this isn’t meant to allow the government some breathing space to go about its fiscal consolidation exercise targeted down to -3.5 by 2025.

The taxes are meant to add to and in parallel with the fiscal injection of the government by way of borrowings.

And the fiscal strategy shouldn’t be to broaden the fiscal base (as yet).

The key point here is that – if private spending remains fragile or wobbly, then the deficit will still typically rise as tax revenue declines irrespective of whether new taxes are introduced.

And introduction of the GST at a time when private spending and consumption is uneven and only slowly picking up momentum could lead to rising wealth and income inequality if it’s set against tax cuts across the board.

This simply because it means that the not so well off are effectively subsidising for the tax cuts of the well off.

If GST is to be reintroduced, tax rate has to be increased on the higher rate taxpayers where, e.g., the 30% could be increased to 35% and so on.

Recall that a staggering 580,000 households from the M40 classification have slipped into the B40 category whereas there are now 639800 households that are deemed as poor as of 2020. An estimated 2.1 million people are considered under-employed.

All of this means that the purchasing power of Malaysians – which is a top and critical priority of the Prime Minister – have been badly affected and will remain so (for the longer term).

On windfall tax, the government could follow the advice of that former technocratic Prime Minister to increase it from 3% to 6% (only) of the excess profits (i.e., profits exceeding the profits) which are based on prices (of e.g., crude oil palm/CPO exceeding a certain threshold) and lasting for up to two years (only).

Windfall tax has been successfully implemented before and deployed as an anti-inflation tool – by way of subsidisation of essential items such as cooking oil. As suggested also, it could also be used to subsidise chicken feed to keep prices of broiler chicken from hiking, among others.

Both are closely related or inter-linked – as the extraordinary profits from the gloves industry, for example, has been used for share buybacks (which will further enhance the price and earning of the shares concerned).

But calls for CGT comes at a time when the price of Top Glove shares is on a downward trend (in tandem with increasing vaccination rollout globally and rising competition from China).

So, how to justify CGT in this sense?

Introducing CGT (and windfall tax) will have minimal impact on the share prices of the glove industry in particular and the stock market in general.

Firstly, CGT should be targeted and imposed on sales and dividends of shares (and also bonds) above a certain threshold (e.g., RM1 million and above). These would mainly affect the majority shareholders and owners of the companies concerned (including non-listed ones).

As CGT takes into account the time-period for holding on to the shares, it’s also a potential tool for stabilising outflow of funds as in pre-empting capital flight. It would dampen the movement of “hot money” into and, by extension, its movement out of the capital markets.

Internally, CGT could serve to indirectly regulate short-selling (sell expensive, buy back cheap) in Bursa Malaysia now allowed under restrictive conditions. In other words, the allowance for a limited form of short-selling that will enhance liquidity in the stock market is balanced with CGT – regarded as an extension of the regulation.

Lastly but not least, CGT should be viewed as temporary and imposed for up to two years only.

As for inheritance tax, it doesn’t have to be a tax as such.

That is, it could be treated like an insurance premium and charged as a percentage of the current value of the property and/or assets. And it should (at least, partially) pay for social care – as in old-age related care – as we’re fast heading towards becoming an ageing nation.

In the final analysis, the imposition of these selective and time-limited taxes is for the purposes of allocation for specific and targeted expenditure. So, viewed in that sense, the windfall tax and CGT could be regarded as semi-hypothecated taxes. 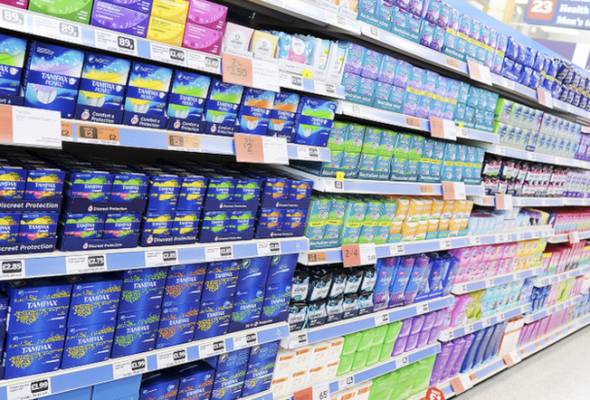