This is why there can’t be across the board tax rises. 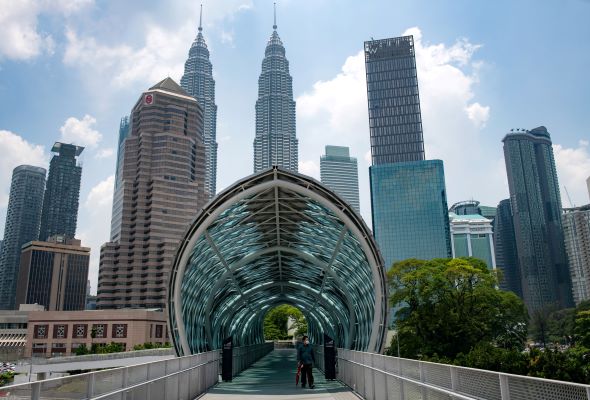 Ideally and pragmatically speaking, taxes shouldn’t be meant to help the government balance the books and thereby achieve fiscal consolidation whether in the form of a very low deficit (typically at 3%+) or even a (primary, i.e., excludes debt-servicing or interest paid on debt) surplus.

In terms of ideals, surplus – as “stock” – which represents government savings and correspondingly less government spending – as “flow” – means less high-powered money (HPM) in the economy.

HPM are simply the net financial assets (“stock”), i.e., money created by government spending (“flow”) or the newly issued cash (that have no corresponding liabilities unlike commercial banks) deposited in the banks.

HPM could also be the government – in the form of the central bank – introducing reserves (cash) into the banking system in exchange for financial assets such as bonds (as seen in the exercise of quantitative easing/QE) but which are never lent out to consumers (as confirmed in a Bank of England paper, “Banks are not intermediaries of loanable funds – facts, theory and evidence”, October 26, 2018).

Less HPM – as impetus and catalyst – simply means less leveraging of the money supply to go about and circulate in the economy, i.e., the multiplier effect (not money multiplier) in terms of both velocity (turnaround/turnover) and volume.

This forces the private sector to accumulate more debt as a result (i.e., debt leveraging). This includes borrowing to invest in equity or shares.

But in a situation of slowing or de-accelerating economic growth, this would tend to divorce the share value and price from the underlying economic fundamentals. In the medium-term, this would affect Bursa Malaysia’s performance and depress share prices and earnings.

In terms of pragmatism, increasing taxes and widening the fiscal base (including re-introducing the GST) so as to increase revenue and reduce the deficit prematurely would risk (sustaining) the recovery.

It might even tilt the economy back into recession. Japan’s sales tax hike in 2014 as well as late as 2019 are a case in point – of a hike in the middle of a fragile recovery (see “History repeats as consumption tax hike pushes Japan toward recession”, The Japan Times, February 25, 2020).

This is why earning more in taxes than spending resulting in a surplus by itself tells us nothing about the situation in the economy.

It doesn’t tell us about the underlying fundamentals of structural unemployment and under-employment, i.e., the state of our labour market as a leading indicator, for example.

According to the EIS-UPMCS Centre for Future Labour Market Studies (EU-ERA) in its latest book, “Leading indicators of unemployment rate: Policy-relevant and methodology”, the Kuala Lumpur Composite Index (KLCI), total loans and money supply of M2 (cash, deposits, cheques, shares) are the leading sub-indicators for the unemployment rate in Malaysia.

Business loans showed robust levels and steadiness as reported in Bank Negara’s Financial Stability Review for the First Half of 2021 (FSR H1 2021).

It’s noteworthy that these are for ease of cashflow purposes as well as for working capital (increasing highly liquid assets, i.e., cash over liabilities) which increased by 9.2%.

Furthermore, this has to be balanced against ever-increasing risks in the rise of non-performing loans (NPLs).

Citing from S&P Global Ratings Associate Director (financial institutions ratings) for South and Southeast Asia Nancy Duan, “Malaysian banks could see their non-performing loans (NPLs) increase up to 4% of total loans in the near term” (“Pressure on Malaysian banks’ provision could remain high in next 1-2 years as moratorium expires” – S&P Global, The Edge Markets, September 29, 2021).

In short, the healthy demand for loans coupled with robust lending from the banks continue to ride on the back of a slow and gradual recovery.

Notwithstanding, there’s a need to introduce higher taxes which has received support from economists and analysts. But it mustn’t burden the B50 (as well as the increasingly squeezed M30 too).

This is why the deductibles and reliefs should never be removed, as called for by some experts.

This is why – to make explicit what was implicit beforehand – there can’t be across the board tax rises.

Reduction in the fiscal deficit per se (i.e., by itself) doesn’t automatically add to the government finances.

This is because the deficit is a “flow” and not “stock”.

As a result of the deficit as flow, however, the spending adds to the savings as stock of the private sector and, by extension and inclusion, households – ringgit for ringgit (leakages, wastages and corruption, notwithstanding).

That is to say, the government’s deficit (spending) equals the private sector’s and household’s surplus (income).

Our advice to the government, therefore, is not to base their fiscal consolidation plan and strategy on their revenue strategy and tax administration reforms, but employment levels and aggregate demand in the economy.

No doubt certain parties have argued persuasively in favour of reintroducing the GST as panacea for our revenue “shortfalls” (and shortcomings).

Recently, it’s been said that GST is an effective tool in combatting trade misinvoicing due to the cascading effect along the entire spectrum of the supply chain which allows for scrutiny and hence enhanced monitoring by the tax authorities.

But trade misinvoicing (which involves money laundering and under-reporting of goods, etc.) which is criminal – and hence the illicit financial outflows – should be distinguished from aggressive tax avoidance.

Aggressive tax avoidance in the form of transfer pricing, base erosion and profit shifting activities that leverages on the differential tax regimes across countries, among others, is legal.

For example, GST discourages the supplier in the Malaysia from underpricing its items when selling to its subsidiary in a lower tax country – so as to record lower profit (margins).

This is because GST can also allow for reduction in corporate tax which can reduce or minimises incidences of such aggressive tax avoidance by companies.

GST would be, in principle, effective in combatting the latter.

Meaning that for practical purposes, its mainly to do with exploiting the tax loopholes such as deductibles and allowances.

Also, GST might not be that practical because of the existence of free trade agreements (FTAs) with specific reference to the rules of origin (ROO) that’s protectionist against non-signatory countries. This non-tariff barrier (NTB) as is coupled with zero or near-zero tariffs (as a form of taxation) can discourage the need for transfer pricing.

Then too, the differential tax regimes might not be adequately “captured” by what’s a flat-rate GST – as a blunt instrument – even when combined with a lower corporate tax, theoretically speaking.

A 6% GST might not be able to compensate for the leakages to a lower tax regime. The level of profit generated by a subsidiary in the other country simply by virtue of declaration of source of profit, among others, is something that GST incapable of stemming because it isn’t regulatory in that sense.

Put it simply, without cross-border agreements (or tax coordination/harmonisation), GST’s effectiveness is blunted and constrained.

By extension, based on a stock-flow analysis, 6% GST is hardly an adequate or a fair taxation value for multinational companies (MNCs) and big corporations, even for an exporting surplus country like ours.

One for one, GST is unable to capture the excess profits that’s now diverted to the other country and never to be repatriated back.

And bearing in mind also the existence of (offshore) tax havens – where tax is zero-rated. So that diversion and re-routing of earnings happens in order to maximise aggressive tax avoidance. That is, in short, avoiding paying tax as much as possible which is characteristic of Big Tech, among others.

Lately, we have been hit with news about the Pandora Papers that revealed the names of beneficial owners of shares in offshore (trust) accounts and shell companies.

It’s a similar arrangement but unlike corporate aggressive tax avoidance which typically lacks criminality (such as tax evasion).

Lastly but not least, capital gains tax (CGT) – the imposition of which should exclude the Employees Provident Fund (EPF) – is only a species of the wider financial transaction tax (FTT).

The government needn’t impose a catch-all FTT which would impact on forwards and futures contracts – which is heavily reliant upon by both exporters and importers to hedge against currency fluctuations and not a form of capital gains as such.

Moreover, even with a flat rate of 3%, let’s say, it’s definitively not progressive and will impact on minority shareholders who rely on shares as a form of retirement investment. 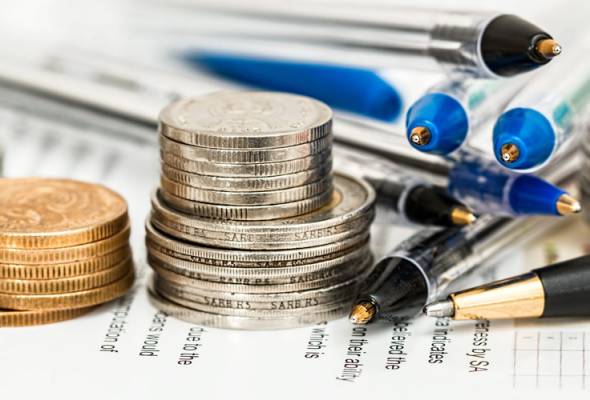 Severity of flooding in Malaysia requires greater concerted effort
Next