English English Published in Astro Awani and Focus Malaysia, image by Astro Awani. The sports industry could well be reaching an “inflection point”– whereby the dissatisfaction and resentment... The sports industry could well be reaching an “inflection point”– whereby the dissatisfaction and resentment of our athletes at the relevant governing bodies have reached near-irreconcilable levels.

This incident sparked a massive outcry from the public, which felt it was unfair to “bury” the professional career of the two players as national icons under government tutelage and patronage. The move represents a sheer waste of precious talents and a self-inflicted setback to all their outstanding achievements when they have done nothing that could be considered as “disrespectful” or churlish.

All Zii Jia and Jin Wei wanted was to move on from BAM’s culture and influence after ten and seven years, respectively.

Take Zii Jia for example. He wants to go ahead with his motivation to become an independent badminton player – which would afford him greater freedom and flexibility to plan and execute his schedule accordingly.

This is well understood and appreciated by the public which has enthusiastically responded to an online petition – requesting that the ban on the duo be lifted.

Currently, the petition has garnered more than 120,000 signatures and was supported by badminton players from various countries such as Denmark, Thailand and Singapore.

Frankly speaking, this incident is the result of conflicting interests between the athletes and the sports governing bodies. It’s symptomatic of the wider malaise and angst or anxieties experienced by our athletes in general.

The interests of our athletes in general can be framed as follows:

While the “KPI” of sports governing bodies are driven by and could be reducible to:

Conflict arises when either side cannot meet the expectations and interests of the other.

With the broiling undercurrent of mutual antipathy and distrust on both sides, this will inflict lasting damage to the reputation of our sports industry and heighten the risk of brain drain and exodus of talented athletes.

As there’s an imbalance of bargaining power, the athletes are always put at a severe disadvantage.

This renders the athletes at risk to manipulation (direct and indirect) or the straight-forward case of autocratic imposition of will by the sports governing bodies irrespective of the sentiments and concerns of the former.

The axing of the 144 athletes from the conventional training programmes under the National Sports Council (NSC) were done without prior consultation and, therefore, in a high-handed and disruptive manner. The athletes claimed that there had been no engagement sessions at all – which is disrespectful and contemptuous of them.

For example, Low Wee Wern – one of the 144 athletes axed – clarified in her tweet in response to the NSC’s that she was never invited to any engagement session at all.

Little wonder that our athletes feel used, victimised and abandoned.

This kind of power play, unfortunately, has long been reflected in our social culture.

The most significant feature of this management model is that accountability and transparency are significantly/markedly lacking.

This has resulted in most victims being forced to suffer the consequences of the decisions without accountability and transparency on the part of the decision-maker.

Thus, borne of frustration or desperation, they may choose to retire when the powers that be are deemed to be unempathetic or no longer supporting them.

The athletes might even choose to be coaches overseas or even play for their newly adopted country.

This is certainly a huge loss for Malaysia as many of these athletes have carved out a name in high-level international sporting events. Their hard-won their laurels only came about through sheer discipline and sacrifice, including perseverance and mental strength.

On top of that, the experiences of former national athletes could frighten existing ones who are still with the NSC – leaving the latter uncertain about their professional career security.

Consequently, existing athletes will become less motivated to perform better because the enormous power and control wielded by the sports governing bodies makes them vulnerable to institutional and political vagaries that’s ever-present and lurking around the corner.

What’s more, when there’s conflicting interests, even if the other side’s (i.e., the athletes’) will be for the long-term benefit of the sports governing bodies, institutional and political interests of the day take precedent by default.

Likewise, there could well be a (hypothetical) situation where potential sports talents may refuse to serve Malaysia and instead “migrate” to other countries with better facilities and benefits.

Should we be heading in that direction, it’ll be an irreparable blow to our nation – with adverse effect on our performance and potential in international sporting events.

It can’t be strongly emphasised enough that the outstanding performance of players will not only improve the country’s prestige on the international stage as is the case, but also strengthen national unity and contribute to the development of a more harmonious society.

If conflicting interests between athletes and sports governing bodies become rife, constant and irreconcilable with the ensuing situation whereby a large pool of athletes decide to develop their careers overseas, we would lose one of the potent tools to unite our nation’s diverse communities.

In this, the government should also understand the critical importance of not overlooking and neglecting the welfare and interests of our athletes.

South Korea is one country we can emulate and look up to.

The South Korean government is committed to allocating a staggering 1.8 trillion won (approximately RM63 billion) for the sports sector in 2022.

It’s a vast difference from the allocation of a mere RM289 million to the sports sector mentioned by our Ministry of Finance (MoF) in Budget 2022.

Sports analyst Dr Pekan Ramli said that with such a large budget, South Korea has no fear of disruptions and, thus, can go on improving the strength of its sports in all aspects.

As in our case, without sufficient funds and even zero allocation for the Podium Programme that was introduced in 2015 to groom world-class athletes, there’s no point even in requiring athletes to fulfil the “towering” expectations and demands of the sport governing bodies.

At the time of writing, Li Zii Jia and BAM appear to have reached a settlement and win-win agreement – after meeting with Prime Minister Dato’ Sri Ismail Sabri Yaakob and BAM President Norza Zakaria.

As for Jin Wei, she too has met with the Prime Minister together with Minister of Youth and Sports Dato’ Seri Ahmad Faizal Azumu to find a mutually acceptable resolution.

Nonetheless, we should understand that such an issue will still arise for the other athletes if the root cause (unresolved conflicting interests) persists in our sports sector – which could then trigger a brain drain phenomenon.

Therefore, addressing the root cause should be of the utmost priority, and not just the symptom(s). 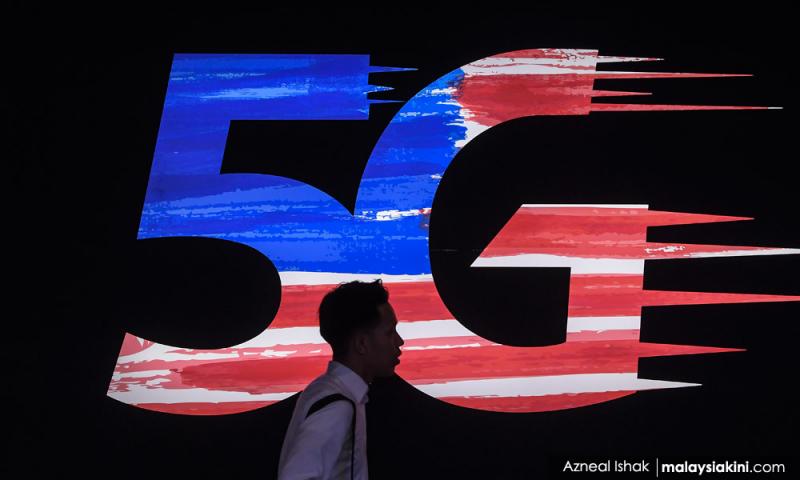 Malaysian 5G Rollout — Exhibit “A” for Misplaced Solution
Next