Continue To Help People Get And Retain Jobs, They Need It

Efforts to mitigate the rising number of unemployment should continue so long as economic uncertainty persists in order to ensure livelihoods remain supported.

AT present, the efforts to mitigate the high number of unemployed in Malaysia that had been struck by the COVID-19 pandemic are ongoing. Some related measures have been extended and new initiatives have also been announced.

Given the continued uncertainty so long as we are not free from the unprecedented pandemic, these initiatives must be continued, monitored and enhanced from time to time.

As reported by The Edge Markets, the Government is confident of achieving its lower unemployment rate target of 3.5% in year 2021 despite the imposition of movement control order (MCO 2.0).

It is estimated by the National Employment Council (NEC) in which its formation was announced during the tabling of Budget 2021 that more than 160,000 new jobs will be created this year.

The NEC Special Task Force was also said to have rolled out strategies tackling the issues of unemployment and the skill mismatch which has led to underemployment issue especially among graduates.

Another positive development pertaining to the unemployment issue was stated by the Finance Minister Tengku Zafrul that the upcoming 12th Malaysia Plan (12MP) and Budget 2022 would involve human capital policies taking into account of the underemployment issue.

These plans together with the National COVID-19 Immunisation Plan are hoped to support the recovery of lives and livelihoods which have been adversely impacted by the pandemic.

The unemployment rate registered slightly higher in the final quarter of last year at 4.8%. This also represents a greater number of unemployed – from 745,000 persons in 3Q20 to 760,700 persons in 4Q20.

The severe impact of pandemic and MCO on the labour market can also be reflected in detail through the time-related underemployment which refers to the people who are employed for less than 30 hours a week given their nature of work or due to insufficient work assigned to them, and who are willing to work for additional hours.

Many have been let go by their employers due to cost-cutting measures and left with no choice but to shift to any kind of job with different wage levels or working environment.

Even up until this year, the Employment Insurance System (EIS) data shows the loss of employment (LOE) went up again in January to 8,334 recipients from 6,805 benefit recipients in December 2020.

Additionally, the total number of skill-related underemployment continued to increase to 1.89 mil persons in 4Q20 from 1.76 mil persons in 3Q20 despite rising employability of tertiary-level graduates.

Although the share of underemployed out of the total tertiary-level graduates was lower in 4Q20 – fell to 34.4% from 36.8% in 3Q20, the percentage point decrease is not too significant and above all, underemployment still exists.

The gloomy picture of the economy can indeed be reflected by the numbers above. This is in addition to the latest release of Malaysia’s quarterly Gross Domestic Product (GDP) for 4Q20 which shows a further decline at 3.4% (3Q20: -2.6%).

The imposition and extension of MCO 2.0 albeit the opening of almost all economic sectors would still affect employment as it remains uncertain for the businesses, making it hard for them to retain the employees.

Therefore, another extension of Wage Subsidy Programme (WSP) announced in the Permai package is very welcomed and it is positive to see that the number of eligible employees has been increased from 200 to 500. It would support the companies in retaining as much workers with the condition that the privilege is not abused.

Within the public sector and GLCs, Government has kickstart its Short-Term Employment Programme (MySTEP) this year, which provides job opportunities on contract basis.

The reskilling and upskilling programmes were also extended from last year in order to help workforce stay relevant in the job market and fulfil demand from the industries that is rapidly changing since the pandemic. Concurrently, creation of high-value jobs through quality investments must also be present.

Although private sector employees are given these benefits, the concern here lies on the informal sector workers whose social safety net is relatively poorer despite being employed. Therefore, as mentioned in my previous article, the welfare scheme for them needs to be strengthened as well.

Of course, the ultimate solution to get us out from this crisis is the vaccines but as known to all, vaccination takes time and until the time comes, other important complementary measures need to be pursued efficiently and effectively. 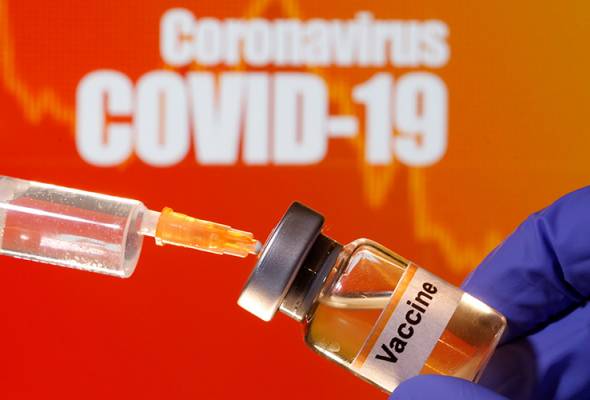 Seven years to towards global herd immunity? Depends on many factors
Previous