Putrajaya need to put forward workable strategy to combat weakening ringgit and great inflation. Silence is not elegant anymore when a serious economic maelstrom is facing the country. Malaysia’s exports are composed up to 20 per cent of the country’s Gross Domestic Product (GDP). These are Malaysian exports to the rest of the world. It may seem healthy and large. But it is not when compared to the likes of South Korea and Japan. Both countries’ GDP export exposure to China alone is up to 25-30 per cent each year, when free from any geopolitical constraints such as the South Korea’s handling of the “comfort women* issue, which in the view of Japan, has been legally and financially resolved; whereas in the case of Japan, it does not mollycoddle Taiwan, led by the Democratic Progressive Party (DPP) more than it already does. Be that as it may, the intra regional trade of China, Japan and South Korea on most occasions can and have exceeded 80 per cent for the last twenty years, come rain or rain.

Malaysia is located in the hub of Southeast Asia. All foreign direct investment (FDI) from abroad tends to enter via Singapore first. In fact, up to 50 per cent of the FDI into ASEAN are parked at Singapore before they are farmed out to the rest of the region. Has anyone seen Singapore Dollar weakening since August 1965, the year that it was expelled from the Federation of Malaysia ?

The answer is a clear No. That is because since 1980s, under the leadership of the late, then Prime Minister Lee Kuan Yew, who grew up as a Peranakan, who nevertheless, adjusted Singapore into an international trading outpost of the region.

For the lack of a better word,  Singapore has pivoted itself away from being what the late Yoshihara Kunio at Kyoto University, called “Ersatz Capitalism,” which is a capitalist model of production without any value added-ness and production.  Singapore, be it under Lee Senior, his successor Goh Chok Tok, and Prime Minister Lee Hsien Loong, has through three generations of leaders, decided to move itself away from being a manufacturing center but a service economy that is focused on regional banking, financial center and the fount of international intellectual property center.

Indeed, one that is not averse to having a stronger currency. This has in turn allowed Singapore Dollar to remain just as competitive with a basket of Australian, Canadian, European, and Japanese currencies, not excluding Renminbi.

Whether Renminbi can or cannot displace the US dollar as the preferred international currency of trade, as Renminbi is now used in 4 per cent of global trade, although this figure could rise of 7 per cent by 2023 or 2024 if China does not suffer from a serious recession that is derivative from a strict protocol of a “Dynamic Zero Policy,” Singapore is well placed to handle the global fluctuation in the world economy.

The threat of contracting by up to 15 per cent of its GDP as was the projection of Singapore Monetary Authority in 2020 and 2021, due to the need to prevent a severe outbreak of Covid 19, is no longer a serious systemic threat, especially granted the fact that Singapore’s US$320 billion GDP is exposed to the international trade by more than 350 per cent.

The Malaysian economy has the size of GDP almost similar to Singapore, and the same degree of exposure to global trade too. But Malaysia does not have any systematic plan to transform its Ringgit Malaysia into a pillar of strength. This is both unfortunate and a strategically flawed approach.

Without a strong Ringgit Malaysia, coupled with a food import that goes up to 60 per cent, Malaysia is most vulnerable to importing the inflation of the world. More importantly, some 7 million foreign immigrants are estimated to work in the formal and informal economy of Malaysia.

With a national economic template that is geared towards an affirmative action policy focussing on one majority race, the other races in the country is may be left behind, creating pockets of under development all over the country.

Sabah is a resource rich state in Malaysia. Yet, it is the poorest of the thirteen states. Ipoh used to be the second richest state in Malaysia during the heydays of tin and rubber, when Malaysia was the key exporter in the world,

Perak is now the second poorest state in Malaysia. Obviously the political economy and market based policies of Malaysia have gone drastically wrong for at least two decades.

The very fact that the people are constantly urging for all but UMNO (ABU) is a sign that even with the hand outs of 1MDB theft, the Malaysian economy cannot make do with the old trajectory. Indeed, despite claiming that UMNO is back, in three state elections in the last two years, the per centage of UMNO and Barisan voters have not gone up at all.

With Prime Minister Ismail Sabri likely to drag the national election to the middle of next year, when the global economy will worsen, as the Russian Ukrainian war would last that long, the Malaysian economy looks likely to be in a serious pickle. In this sense, no one should count Pakatan Harapan out, let alone Anwar Ibrahim. History has shown that when all odds are down, he is the kind of leader who has the political savvy to hit back, with the proviso that other coalition leaders know how to follow his lead by entering ego free zone.

As things are, the economic picture of Malaysia whether currently or in the future does not look pretty to say the least. At 60 per cent of import, the food import cost is a about whopping RM60 billion.

Be it vegetables, fertilizers, even locally produced food, the prices are all heading upward. A mere fried chicken wing was barely RM 3 per piece sold on the road side last week. It is now 10 cents shy of RM 4; though it can be RM 3.80 or RM 3.70 if the hawkers have no choice but to bite the bullet by selling it cheaper than their fellow competitors to increase their daily yield.

A price war between B40 and B60 is a race to the bottom. Indeed, as of May 19, the ringgit weakened further to open lower at RM4.4 against the US dollar, the lowest since March 2020 following a hawkish stance by the US Federal Reserve (Fed) to tighten its monetary policy.

To be sure, there is every sign that the Federal Reserve will continue to increase their interest rate to fight back the inflation in the U.S, which stands at 8.3 per cent, the worst in 40 years. As Anwar Ibrahim correctly thundered: “What is Putrajaya’s plan in going forward ?”  Silence is not elegant anymore when a serious economic maelstrom is facing the country. Even Indonesia has banned their palm oil in order to reduce the price of their edible vegetarian oil, at a time when Palm Oil is more than US$6,653 per tonne. The cost to Indonesian government’s state coffer ? USD 3 billion a month.

If Jakarta dares to take such a courageous move, Putrajaya must learn from it otherwise the value of Ringgit Malaysia will continue to shrink while the labor put in by Malaysians and migrant workers will not be proportionate to the hard work they put in day in night out. This is a recipe for collective restiness and unruly behavior at micro and macro level, as witnessed in Sri Lanka.

Dr Rais Hussin is the President / CEO of EMIR Research, an independent think tank focussed on strategic policy recommendations based on rigorous research. 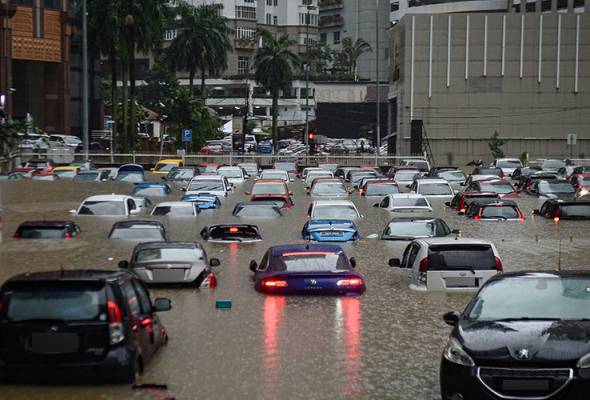 Will Kuala Lumpur become the next flooding city like Jakarta?
Previous What to do with Sri Lanka?
Next